The Gate Of Knowledge, Bay of Biscay

Asturias is a region that continually rewards travelers. The contrast of the area’s rich green coastline as it reaches the deep blue of the Atlantic is breathtaking and the Picos de Europa — a little-known mountain range — is profoundly beautiful. Every day seemed to reveal another hidden treasure to me and I hated the thought of leaving. 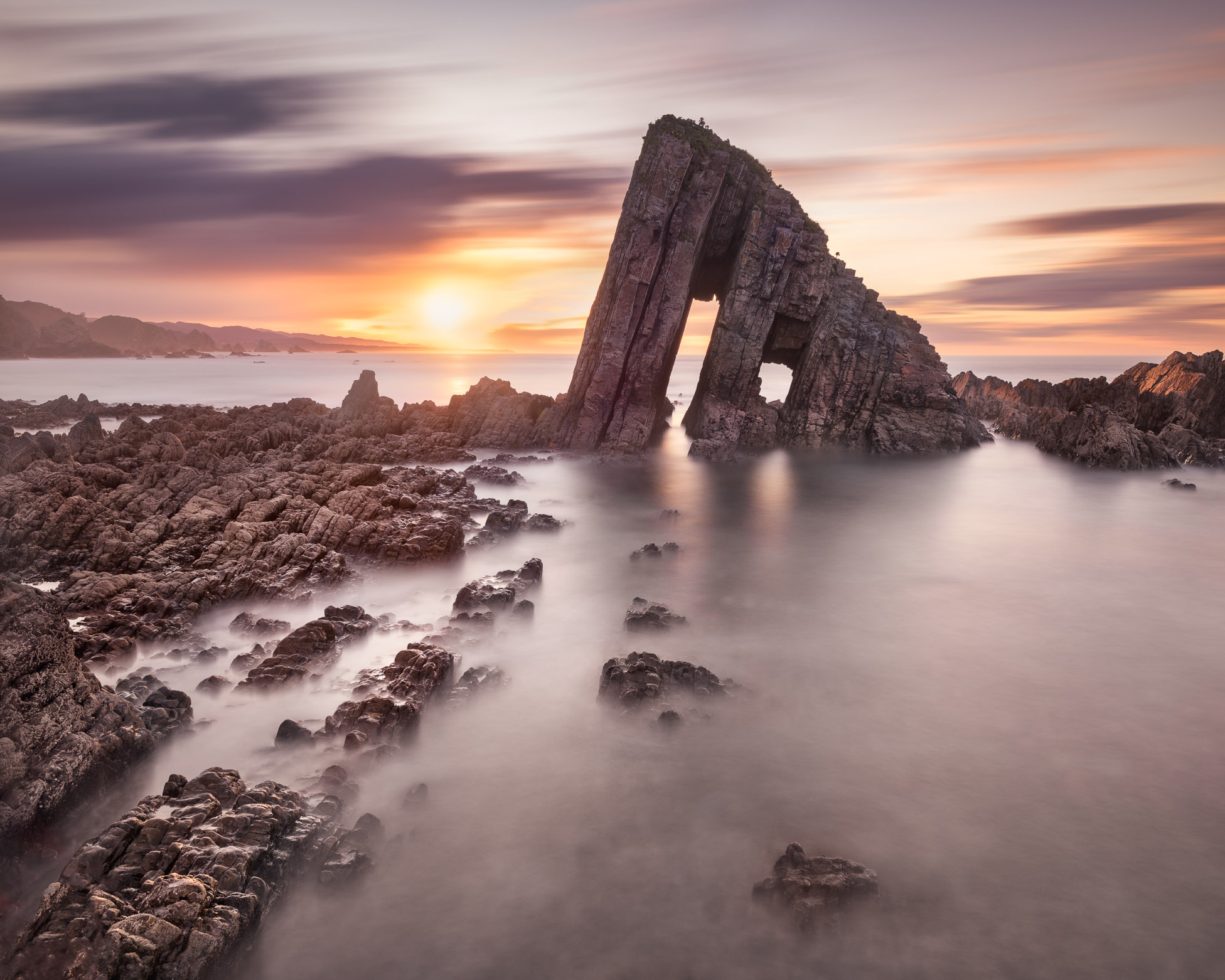 One of these treasures was Playa La Vallina, one of the area’s least occupied beaches. It’s a pebble beach and reaching it requires a bit of a trek. There are no amenities at Playa La Vallina and tourists are scarce, which made it an even more attractive subject for photographs.

The walk from the car park to the beach was something of a hike. I walked a long way through a eucalyptus grove and that distinct aroma permeated the air. Along the way, there were several waterfalls — more hidden treasures — and since I was in no hurry, I stopped and swam in one. Before I even made it to the beach, it was one of the best days I had in Spain.

By the time I got to the beach, it was well into the afternoon and the sun was low over the horizon. The isolation of Playa La Vallina and the characteristic rock formations of Spain’s coast made it a great place to shoot. I found what I think was the most remarkable rock formation along that stretch of coastline — a jagged, triangular slab of rock that reminded me of the Delta character from the Greek alphabet which is widely used in math and physics. I began to think of it as the Gate of Knowledge.

After a leisurely, eucalyptus-infused afternoon, I set up my camera as the sun began to set. A fine mist was emerging from the water’s surface and pink tendrils of sunlight hung gently over the sea. It was the end of a memorable day and I think the photograph captures what I felt at that moment — complete peace and contentment.

This entry was posted in Landscape and tagged Asturias, Bay of Biscay, Spain.