No Man’s Land, Bay of Biscay

My travels along Spain’s northern coast continued with Asturias. Here, the lush green hills of the area sloped down to the sea, where time and the Atlantic carved the coastline into rocky coves and curious formations. It’s a remarkably picturesque part of Spain, where the Picos de Europa Mountains form a backdrop for the coast. 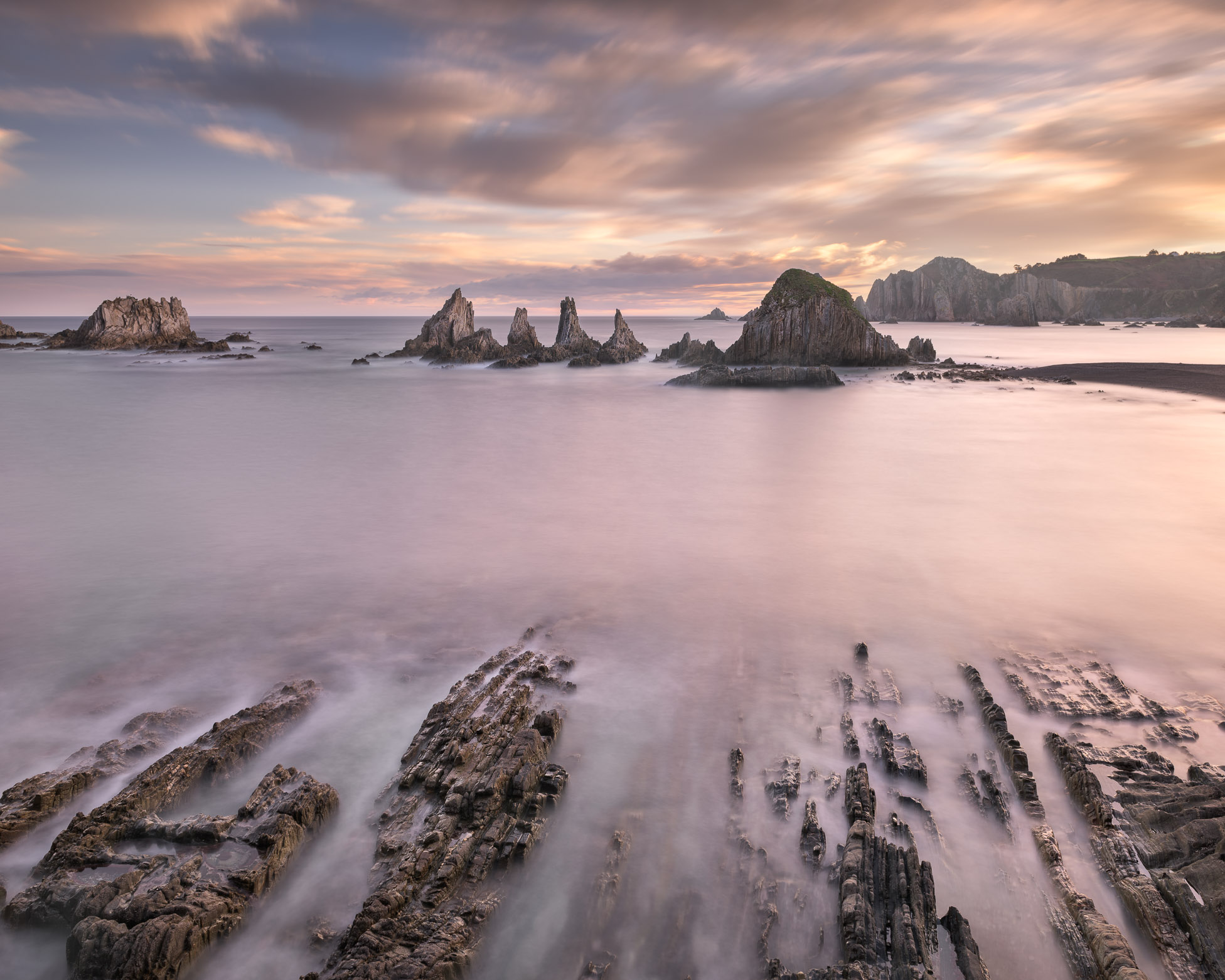 As I traveled along Spain’s coastline, I was drawn repeatedly to the rock formations at the sea’s edge. I was continually amazed by what nature was capable of and the power that the Atlantic could exert on the landscape.

Here, I was particularly entranced by the Playa de La Gueirua, one of the more remote beaches in the area, but also one of the most photographed. It took some effort to reach the spot, but it was worth the time and trouble — the rock formations here are particularly striking and it came to be one of my favorite locations along the northern coast.

The rock formations here are remarkable. Beautiful but somewhat menacing, the jagged spires seem to guard some unwelcoming kingdom beneath the sea. I wanted to capture just the right mood here — both the beauty of the place, but also the suggestion of danger and the sense of something ominous beneath the waves.

I tried several different compositions to capture what I felt at Playa de La Gueirua, but ultimately, I decided the best way to capture the coastline here was to photograph it in early morning. Early morning was a particularly magical time along the coast — I didn’t have to share the space with tourists and with the last of the night’s mist still in the air, it felt mystical, as if I had stepped into a distant world.

This entry was posted in Landscape and tagged Asturias, Bay of Biscay, Spain.