Charles Bridge in the Morning, Prague

There are places in the world in which the past is every bit as alive as the present. You walk among the streets of certain cities and feel the spirits of the place, the collective memory that hasn’t yet receded into the distant past. Prague is one of those places. 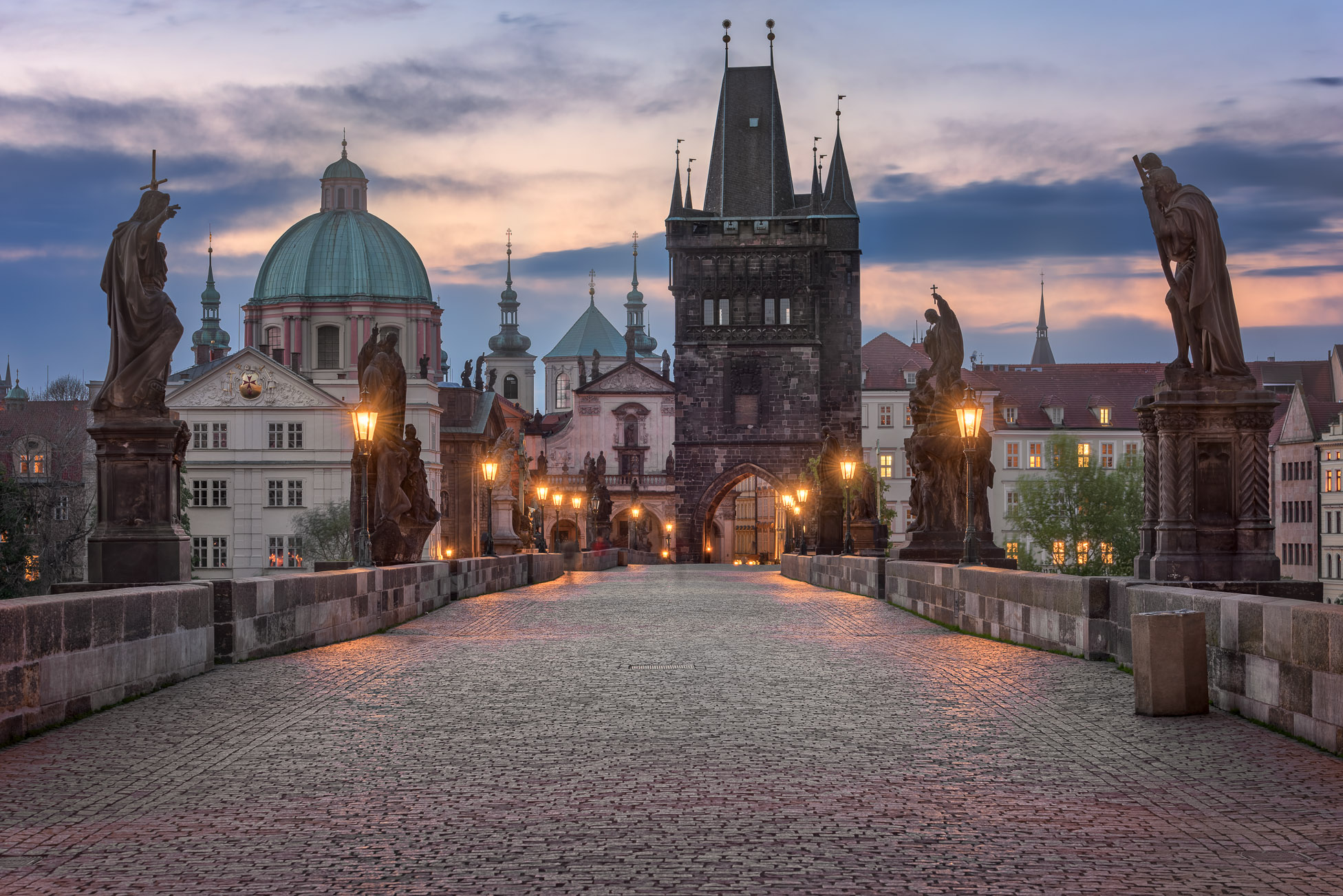 For much of the twentieth century, Prague (as well as the rest of the Czech Republic) was off-limits to travelers from the West, sealed off behind the Iron Curtain. When the country’s Communist regime was peacefully overthrown in the 1990s, Westerners rediscovered the country, particularly Prague. They found a city as lovely as any in Europe, the Bohemian equal to Paris or London. And like me, they found a city steeped in its history, a city in which the past hums and vibrates just beneath the thin veneer of the present.

It’s a city that lends itself to this kind of imagining. For more than a millennium, Prague has occupied its spot on the lovely Vltava River. It’s a city of winding cobblestone alleys and soaring spires, a city that — for all its beauty — has born witness to some of the worst of humanity’s impulses.

So it’s easy to become consumed by Prague’s long, complicated history when walking its streets. And there is perhaps no other place in the city that encapsulates that history like the Charles Bridge, a striking work of architecture completed in 1390. The bridge itself is lovely, but it’s the monuments that adorn the bridge that get the most attention. The first was the crucifix at the eastern end, which was added in 1657. But the most famous of the bridge’s stone adornments is the statue of St. John of Nepomuk, who was thrown into the river on orders of King Wenceslas IV because he refused to divulge the queen’s confession. The statue was added by Jesuits in 1683, and over the years, other Catholic orders added their own saints, turning the bridge into a kind of museum of martyrdom.

Nowadays, the Charles Bridge is one of the city’s most popular attractions, and because it was pedestrianized after World War II, at any time of the day, tourists, street vendors, and pickpockets crowd its walls. If you want to see the bridge free of the crowds, you have to come at dawn.

And that’s what I did on a bitterly cold morning in April of 2017. I headed to the bridge just as the sun came up, when I knew it was likely to be empty. In the early hours of morning, with the tourists and hawkers still asleep, the bridge is a different place. It’s a place out of time, and as I walked the bridge, looking for the perfect shot, I could hear Prague’s saints and martyrs whispering from a not very distant place. In this ancient city where the past is always close at hand, they seem to want to tell their stories. You only have to stop and listen.