As I said in an earlier post, Greenland was a challenge. Getting there was a challenge. Being there — while exhilarating — was also a challenge. But I hadn’t yet seen just how difficult the island could be. On our first couple of days in Greenland, our forays were limited to relatively short hikes away from the water’s edge, on terrain that was devoid of people but posed no serious impediment to our movement. But on our third day there, we encountered our first truly difficult experience on the island. It was also one of the most rewarding. 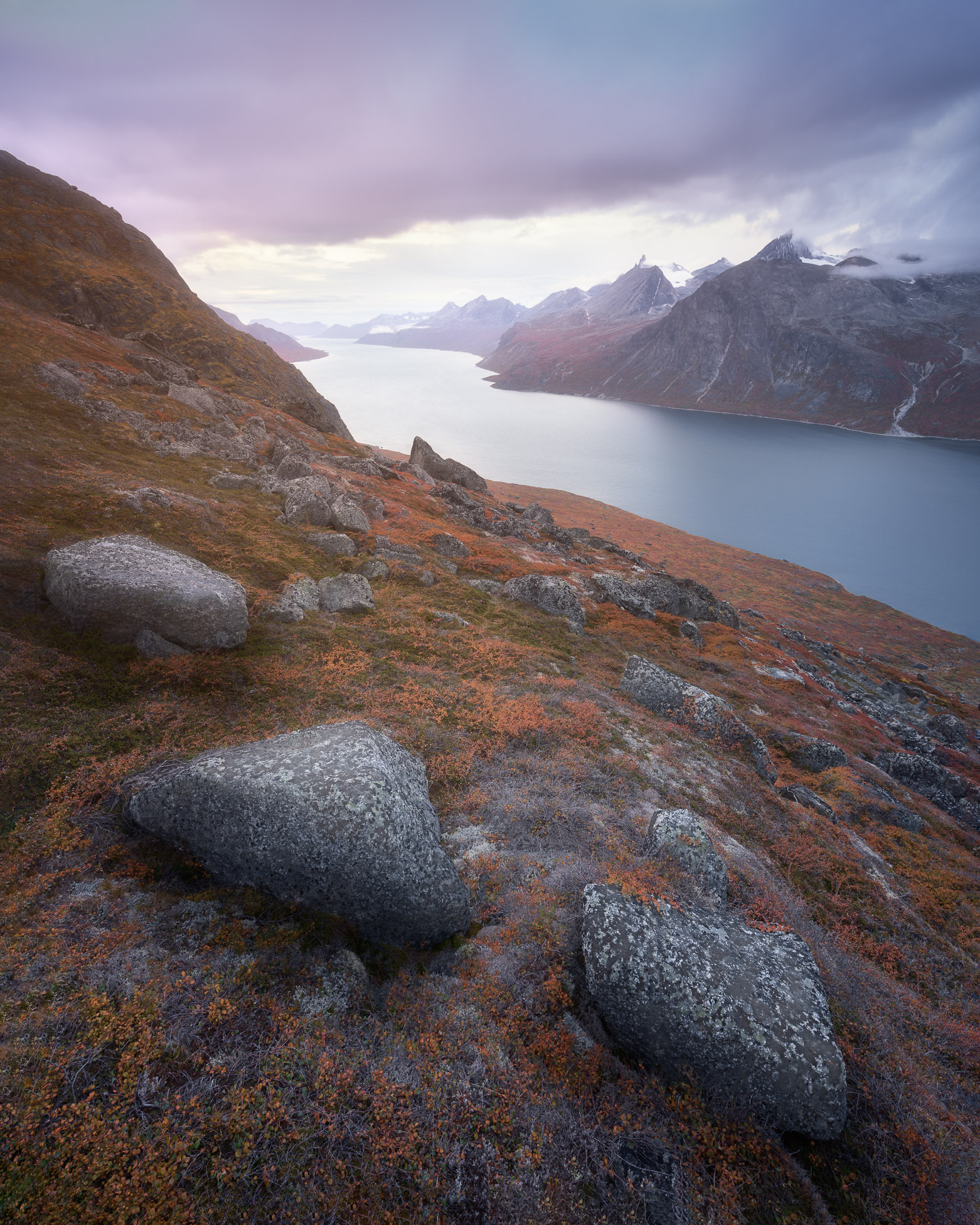 Hiking in Greenland is different than hiking anywhere else I’ve ever been. The southern part of the island is almost completely forested and there are no trails or routes for hikers. Hiking in southern Greenland means that you are left to make your way through birches and moss and that the hike you think will take two hours may take twice that long.

As we moved onto steeper elevation, we found ourselves wading through dense birch forests on a sharp incline, all while carrying heavy camera gear in a backpack. My tripod, at least, was a help to me — as the incline became steeper, I used it as a walking stick to help me in my ascent.

After five hours of hiking up difficult terrain, we still had not reached the desired peak. It was tough going at this point — the slope was nearly vertical and making progress required climbing with both hands. I was grateful for the dense moss under my boots; there were places where it seemed the traction provided by the moss was the only thing keeping me from tumbling hundreds of feet to the ground.

The last light of day was beginning to fade and we had not yet reached the very top, but we stopped. After five hours of difficult climbing, we were determined to get photographs over Tasermiut, even if they were not exactly what we planned. With a newfound respect for the hardy people who make a home in Greenland, I set up my tripod and began photographing the fjord as twilight descended.

Back on the yacht, after what was undoubtedly the most difficult hike of my life, I opened two bottles of red wine I’d brought with me from the airport. If there was ever a time that I deserved some celebratory libations, my first real hike in southern Greenland was that time!