Most of the people who go to Greenland are drawn there for its stark Artic landscape of icebergs and ice floes. It’s understandable that people — especially photographers — feel the pull of such places. The frozen landscapes at the Earth’s extreme points are breathtaking. There is a shade of blue in glaciers and icebergs that I have seen replicated nowhere else in the world. 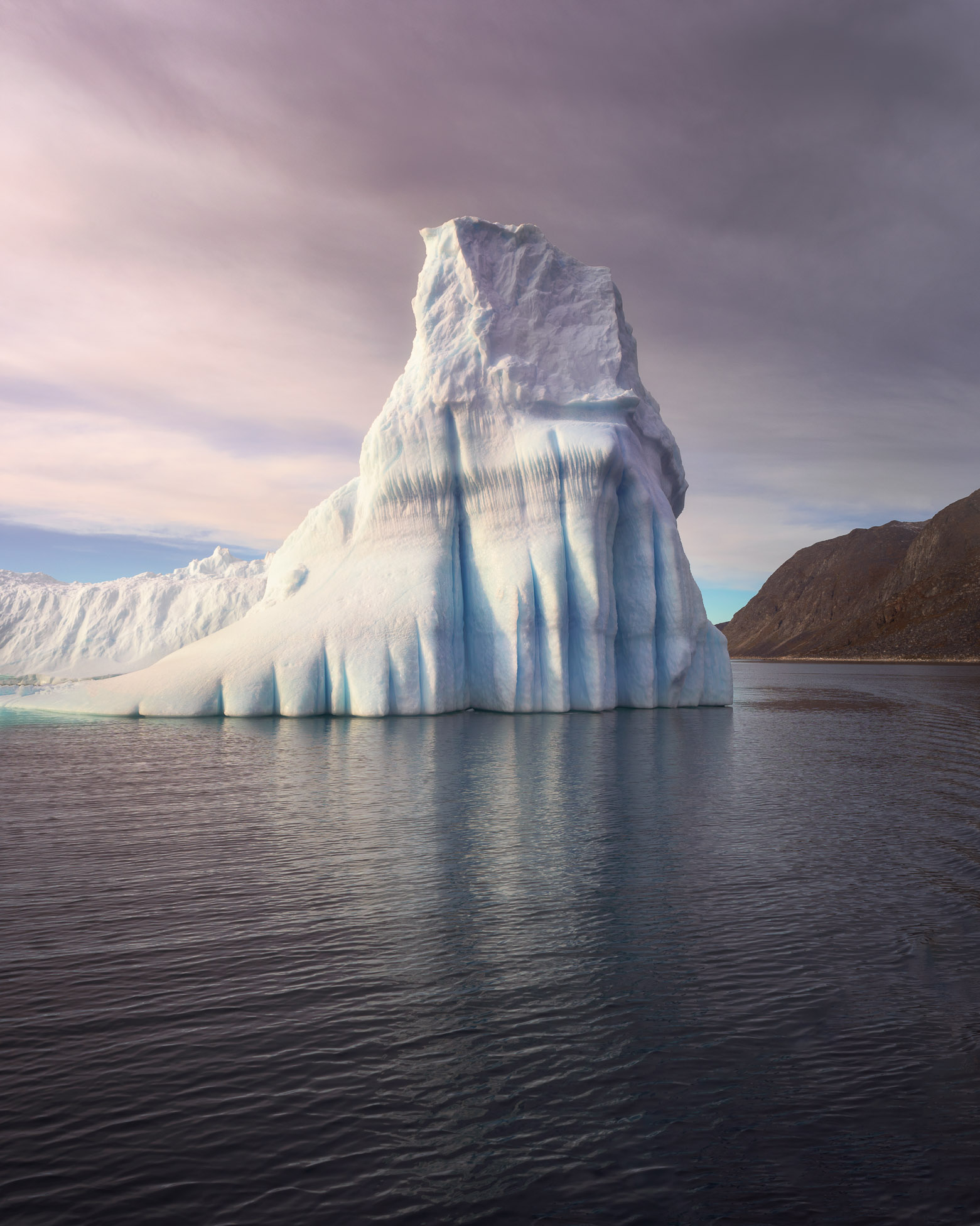 But having recently come from the glaciers of Patagonia, I wanted something different from Greenland. I wanted to see the part of the island that is often overlooked, the green, tucked-away corner in the south. There are few places left in the world where humanity has not left its unmistakable touch; southern Greenland is one of those places. Exploring its landscapes, it was easy to imagine that ours were the first human eyes to see this place, the first voices to break its deep silences.

But as we sailed along the southernmost edge of the island, we encountered icebergs here and there, and even though I’d spent weeks among them in South America, they still had the capacity to inspire wonder. My plan for Greenland was to photograph the island’s lesser-known landscapes — its waterfalls and green mountain landscapes — but how could I not photograph them? Could any amount of time among them leave me inured to their stark beauty?

So I include among my photographs of southern Greenland an iceberg, perched like a lone sentinel at the edge of the world.

This entry was posted in Landscape and tagged Greenland.