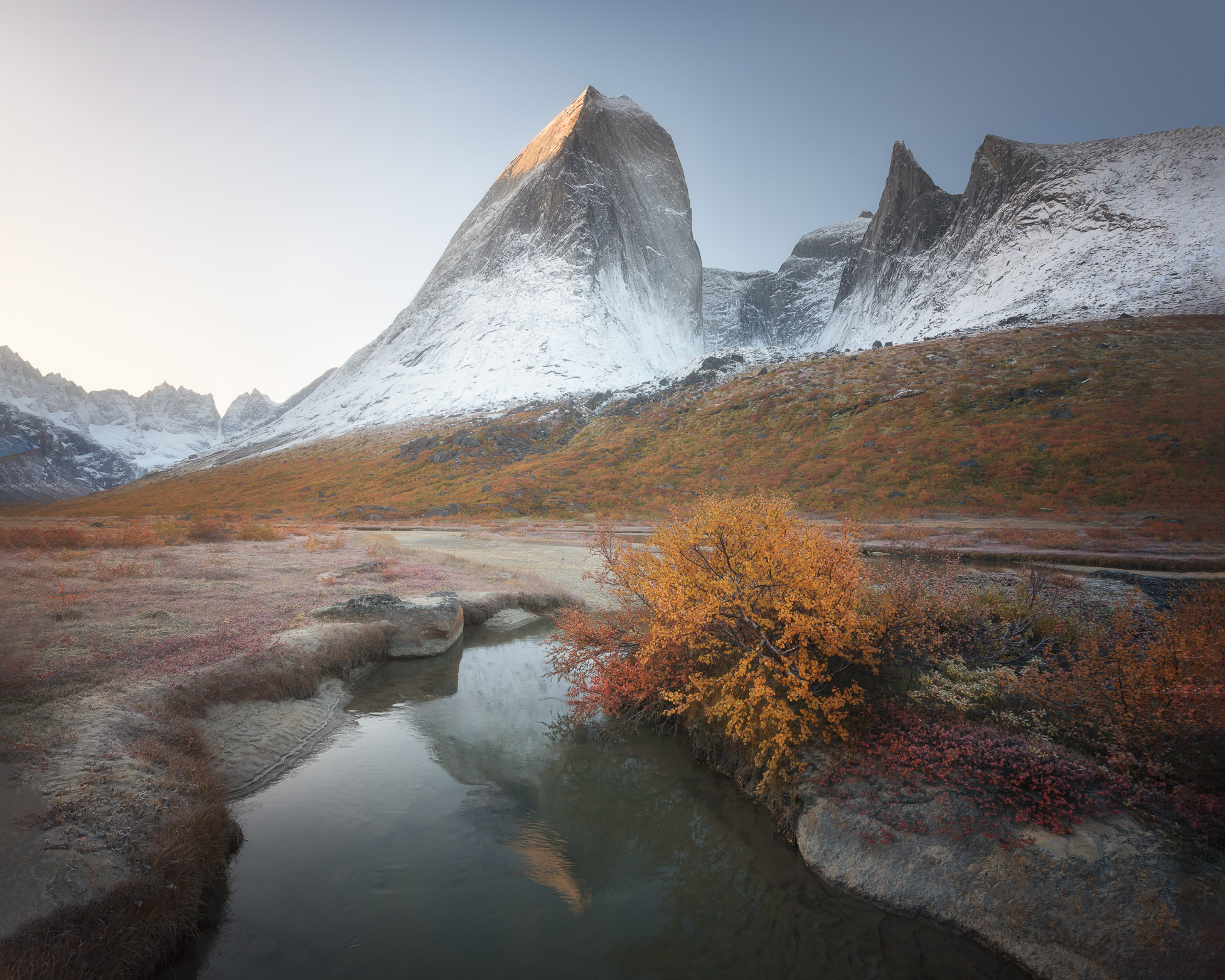 On my first day in Greenland, I explored places that seemed never to have been inhabited. The second day’s explorations brought us to an even more remote part of the island where there are virtually no people, an area of almost pure wilderness. It wasn’t difficult to imagine what the earliest explorers to Greenland must felt as they stood in awe of a landscape that might have been created by the gods.

But no matter how stunned we were by our surroundings, we had practical matters to consider. For one, we had to find food far from inhabitable villages in Tasermiut Fjord. We brought food with us on the boat, but it was limited, which meant our meals would either be rather meager or would have to be supplemented by whatever could be found in the rivers and damp earth of Greenland. So each day, while the photographers were out shooting, the crew gathered mushrooms and caught salmon in the streams and cod in the fjord.

By the end of my second day in Greenland, I was adjusting to life away from civilization and modernity. The trade-off for leaving modern conveniences behind was worth it; I was largely cut off from the twenty-first century but in exchange for that I had been given a chance to experience a nearly unknown part of the world.