Stonehenge in the Morning

Traveling through England to Cornwall, I couldn’t resist making a brief stop at Stonehenge. It’s one of the most intriguing sites in the world, and even if I only had a short period of time there, it was better than not seeing it at all. 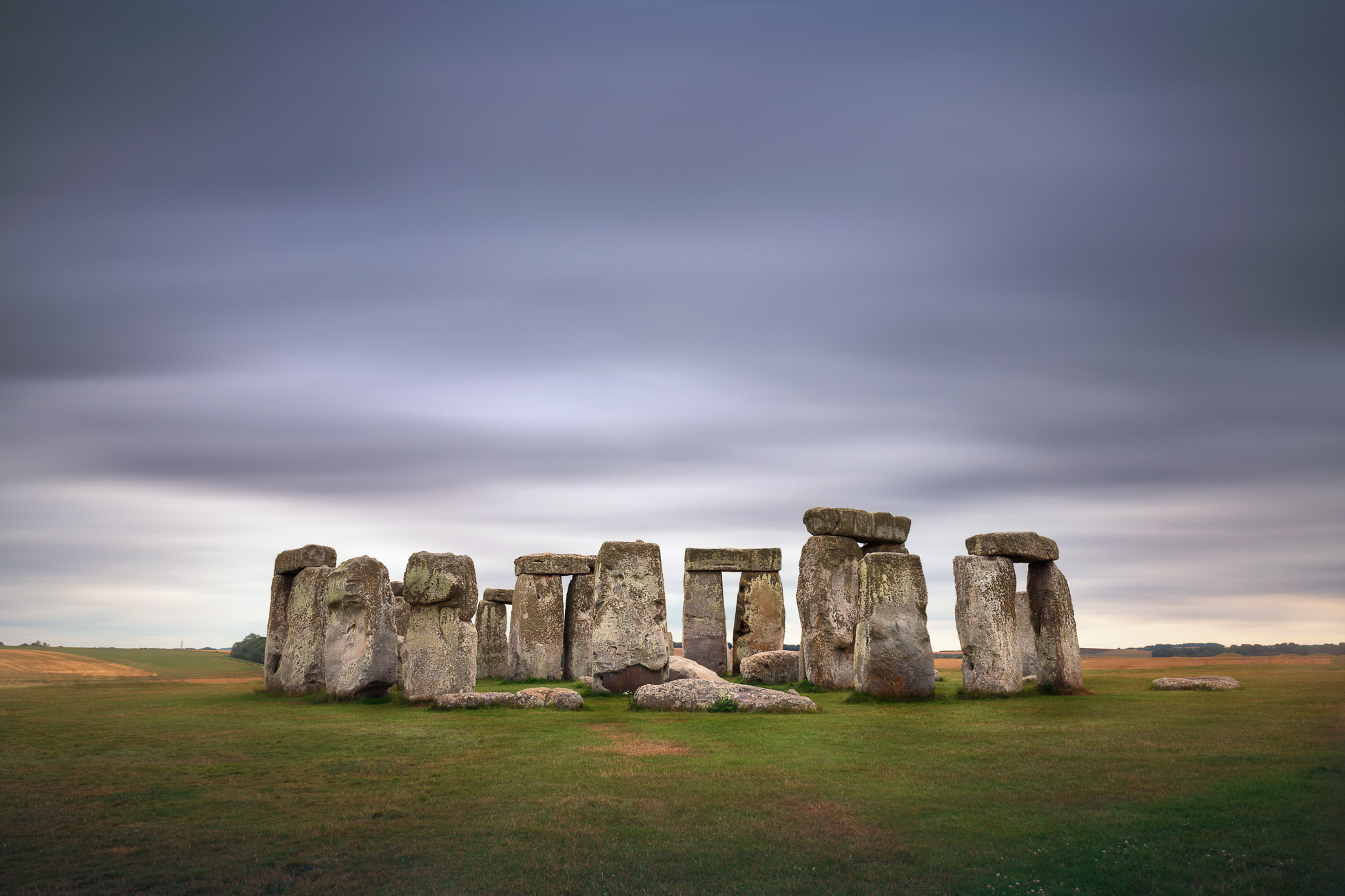 I made my way to Amesbury, the nearest town to Stonehenge. The countryside in that part of England is beautiful and impossibly green, and though one of the world’s most famous sites is located there, it’s an area that appears largely untouched by modernity. Tour buses rumble along its roads daily, but England has managed to keep the countryside around Stonehenge mercifully free from development and over-tourism.

My plan was to arise just before daylight and capture Stonehenge in the mist of early morning. I wanted to capture something of the mystical pull that the ancient stones seem to exert on people, and I thought that either early morning or twilight would be the best way to do that. Unfortunately, as Stonehenge is an archaeological site, visitors are only permitted during daylight hours, and when I booked tickets online, the only available time was at 11AM, well past daybreak and long before twilight.

But I found that even at midday, Stonehenge wields an ineffable power. I’d seen photographs of those massive stones hundreds of times, but photographs can’t prepare you for the actual site. I can understand why seekers and pilgrims from around the world make the trip to Stonehenge; it may not actually hold an otherworldly power, but it certainly feels as if it might.

Ultimately, I didn’t need mist or the blue hour. I simply photographed Stonehenge with the light that I had, using a long exposure to blur the gray clouds of an overcast sky. Stonehenge is enough. The mystical pull that the place has exerted for centuries is no less powerful under a midday sky.

With storm clouds moving in, I packed up my gear and headed for Cornwall.

This entry was posted in Landscape and tagged England, United Kingdom.