One of my favorite stops on the trip through the UK and Ireland was the Dark Hedges, a famous avenue of beeches planted in the 1700s. Over the centuries, the trees have become gnarled and twisted, and appear to reach out over the road, making a particularly picturesque scene. Though the beeches have been a beloved spot in Northern Ireland for years, in recent years the Dark Hedges have become something of a celebrity due to their use as a filming location for Game of Thrones. 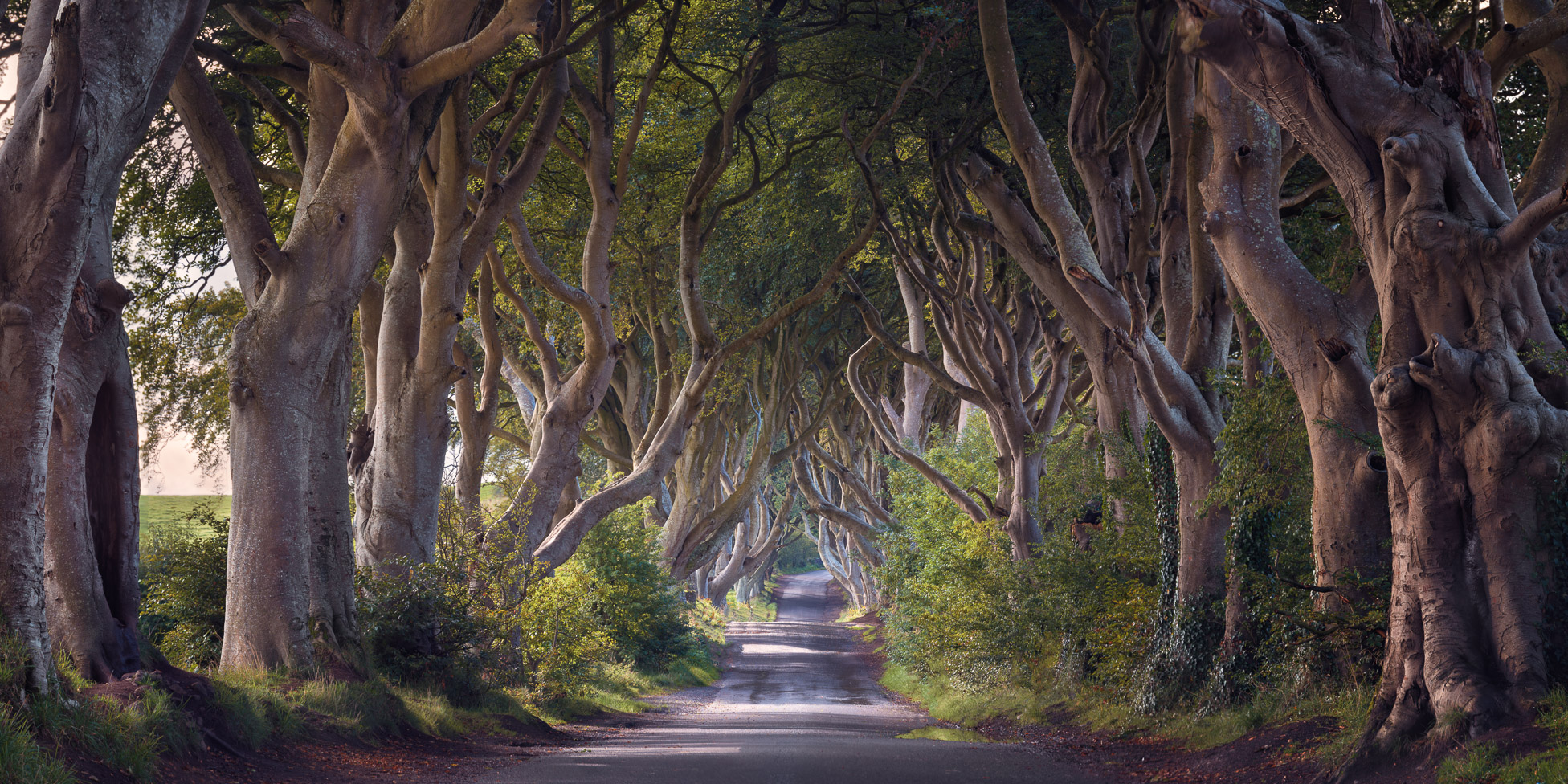 The hedges have become so popular, in fact, that it is difficult to find a time when the lane isn’t crowded with tourists. The road is a popular stop for tour buses, and there has been so much traffic in the area in recent years that there are concerns that the roots will be damaged. Of the 150 trees which were originally planted, only about 90 remain, and tourism to the area doesn’t appear to be slowing. In the last few years, storms have claimed a few of the remaining trees, either uprooting them altogether or causing enough damage that they had to be cut down.

But I was lucky. We arrived early at the Dark Hedges, before the tour buses made their way there, and had the lane to ourselves. No matter how many times you’ve seen photos of the Dark Hedges, when you see them in person you can’t help but be moved by their eerie beauty. As was often my experience in England and Ireland, my mind moved to fanciful places, and I found myself thinking of the stories I’d heard of the hedges. Not surprisingly, given their sinister appearance, the hedges are believed to be haunted by the “Grey Lady,” who darts from tree to tree.

For this early morning shot, I used a telephoto lens to capture their density. I then used a panoramic technique and shot multiple vertical frames to fix the limited angle of view I got from using a telephoto lens. The Dark Hedges is a beautiful spot, and I think this image captured the atmospheric quality of the lane.