Pulteney Bridge in the Evening, Bath

To visit England is to continually commune with the past; there are few places in the world in which history is as diligently preserved or where it coexists to thoroughly with the present. 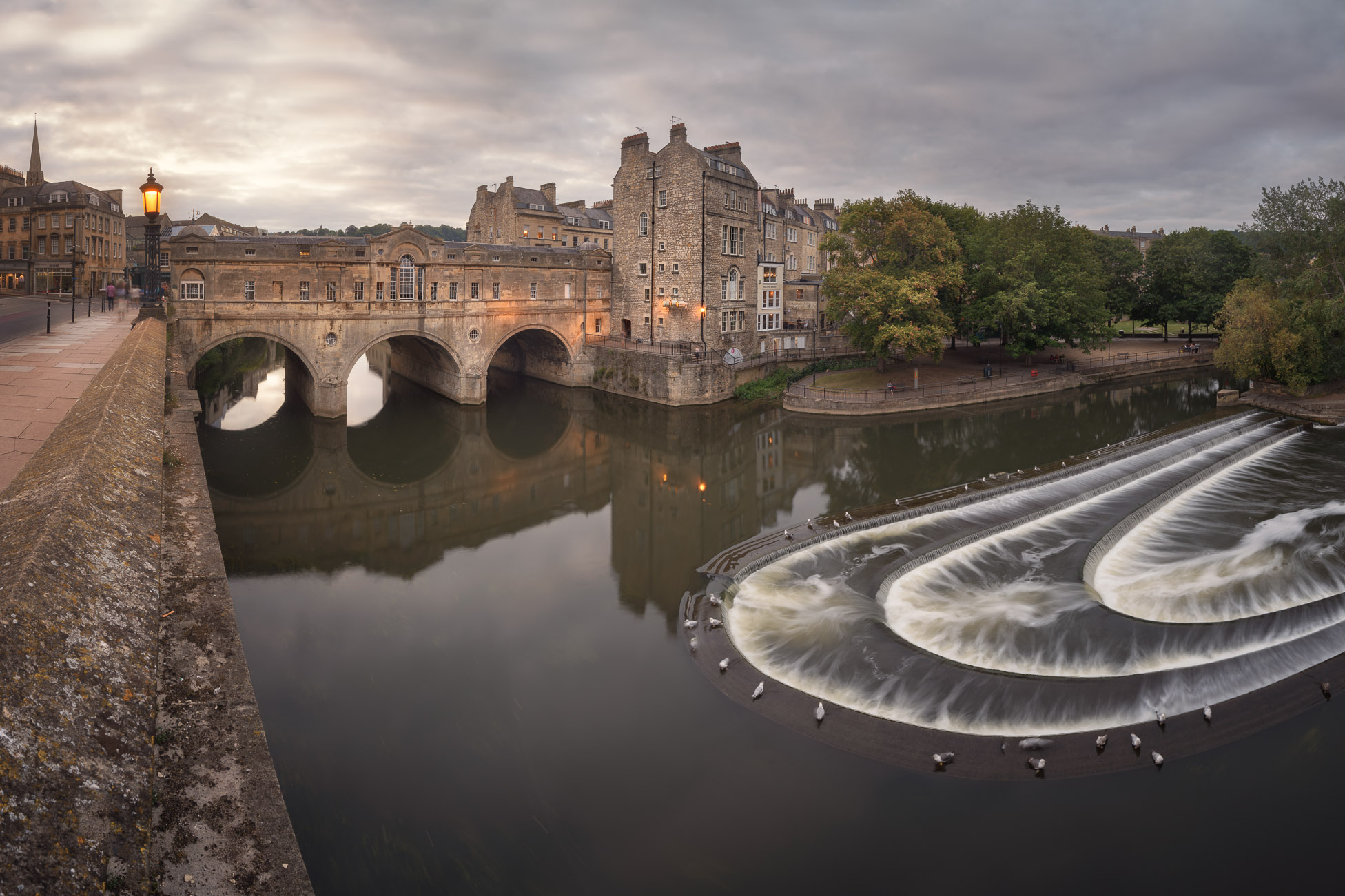 There is arguably no other place in England where the past is as well preserved as Bath. Named for its famed Roman baths, the city has been a spa city since ancient times, and the restorative properties of its thermal springs were known even before the Romans arrived. Because of its Roman baths and its elegant Georgian architecture, the entire city of Bath was designated a UNESCO World Heritage Site in 1987.

In a city justifiably famous for its architecture, finding one outstanding structure to photograph on a short trip is no small task. I could walk among the neoclassical Palladian buildings in the city for days and never grow tired of the view. It is unquestionably one of the loveliest cities in Europe.

But there was one structure in Bath that charmed and intrigued me beyond all others — the Pulteney Bridge – which crosses the River Avon. Built over the course of twenty years, the bridge is the kind only rarely seen today, with shops built along its full length on both sides. Though it has been altered somewhat over the centuries (it was completed in 1774) it still looks largely as it did when it was built. As I set up my tripod on an early summer evening, I thought the bridge must look just as it did decades ago, when Jane Austen walked the streets of the city.

This entry was posted in City and tagged bath, England.