After leaving the mines, my next destination was St. Michael’s Mount. Of all of Cornwall’s beautiful sites, St. Michael’s is easily the most recognizable. For most of the day, St. Michael’s is a small island, crowned at its crest with a castle dating back centuries. At low tide, however, the island becomes a hill, and visitors can walk to the castle via a granite causeway. Whether you see it at high or low tide, St. Michael’s is breathtaking. 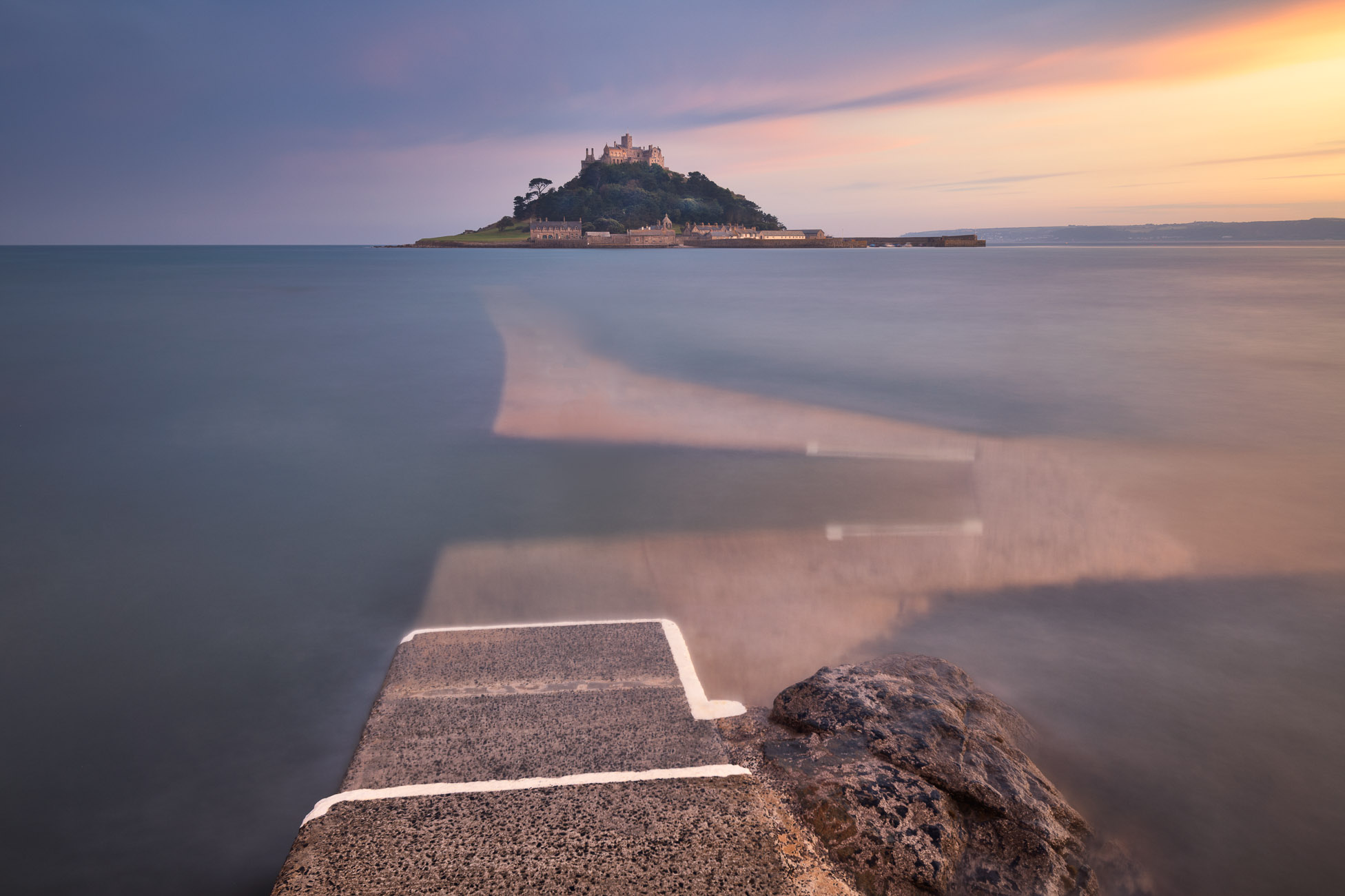 The island has a long history and is believed to be one of the earliest locations mentioned in text in all of Western Europe. It might be easy to confuse it with its French counterpart, Mont St. Michel. They are similar in appearance and are named for the same saint. It was because of these similarities that during the Middle Ages, the island was granted to Benedictine monks from Mont St. Michel. The first stone church was built on the island in 1135, and later years brought abbeys and monastic buildings. Given its association with the church and its remove from the mainland, St. Michael’s became a favored destination of pilgrims and the devout.

It’s the kind of place that quite naturally gives rise to stories of hauntings and strange phenomena. For many years, sailors have reported hearing whispered words from the water. A ghostly lady in grey is said to wander the hallways of the castle. And there are legends of giants who once inhabited the island and stories of the spirit of an unusually tall man. Remarkably, when a chapel on the island was being renovated in the 1800s, a small stone door was discovered which led to a tiny monastic cell, long forgotten. Inside were the bones of man who measured over seven feet tall, a religious recluse who died and was unwittingly entombed in his cell.

But on a summer day in the twenty-first century, St. Michael’s is hardly foreboding. The air is filled not with ominous whispers but the happy chatter of tourists on holiday. In early evening, when the tide is high, I stand my tripod on the last sliver of causeway still visible above the water. The sun is setting, and against the fading light of day, St. Michael’s arises from the water like a vision in a dream.