I was charmed by Cornwall, but my favorite location of the entire trip was Godrevy Lighthouse, the sentinel atop Godrevy Island. The lighthouse was built in the 1850s to keep sailors from the treacherous Stones Reef, which claimed many ships over the centuries. The lighthouse was constructed after one particularly deadly shipwreck. 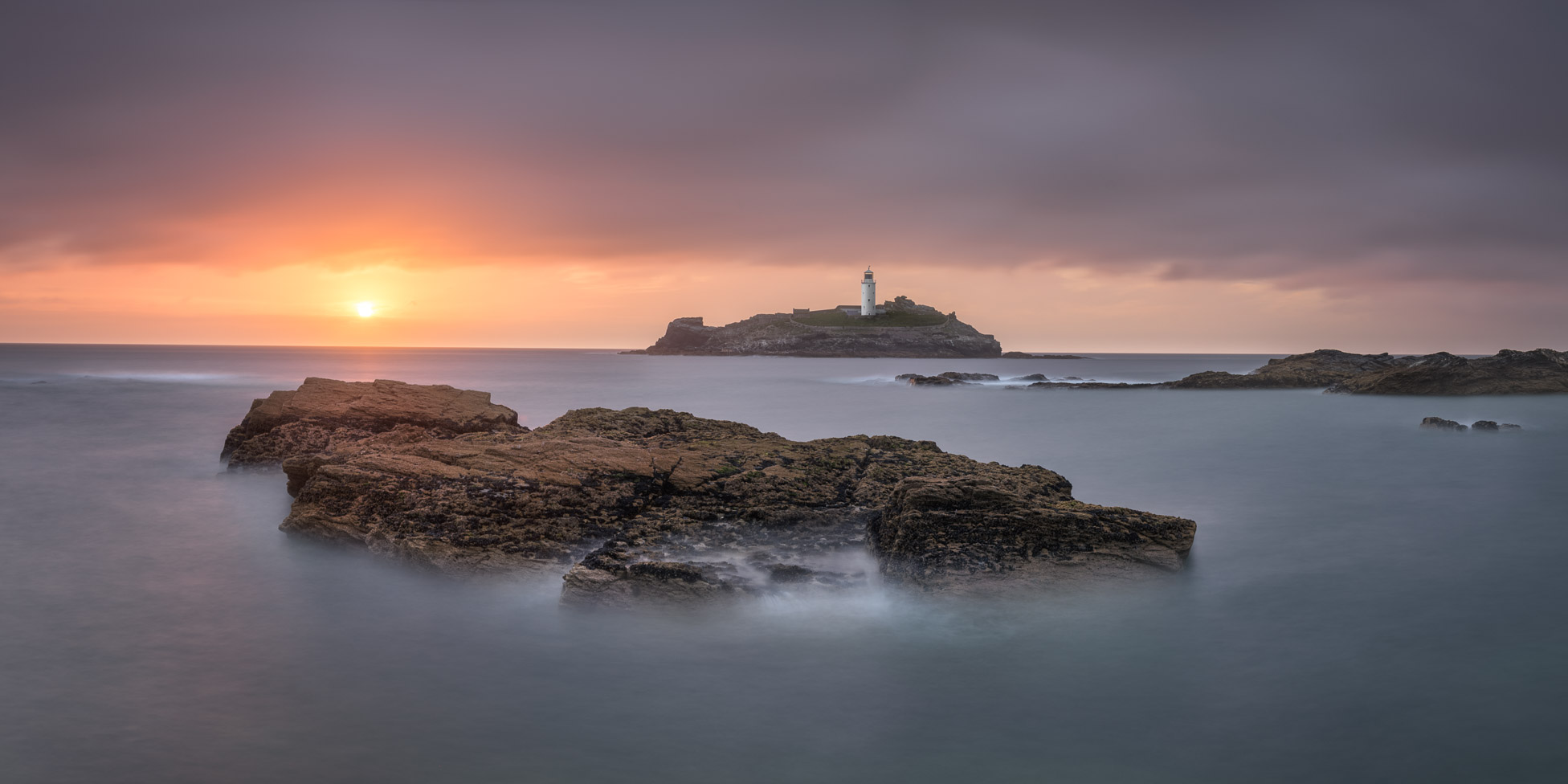 Godrevy is a small, pretty island, but one that catches the full fury of the Atlantic. Just the same, a person can easily become enchanted by the picturesque slip of land. It’s the island that Virginia Woolf used as the setting for “To the Lighthouse”, and the titular lighthouse was inspired by the actual lighthouse on Godrevy. One can easily imagine Woolf, lost in her thoughts, putting pen to paper to recreate the craggy island and the Atlantic beyond.

There are no hotels near the lighthouse, so I stayed four miles away and enjoyed the long walk to the island through Upton Towans Nature Reserve. It was near the end of what had been a sunny, clear day, and I planned to photograph the lighthouse just as the sun began to set. I knew that the most interesting views of Godrevy were from the surrounding rocks, which are submerged at high tide, and that meant that I had a very limited period of time to make my photographs.

As it happens, I also became lost in my thoughts. Focused on getting just the right angle at just the right moment, I forgot about the tide. Before I realized it, the tide had come in and I was cut off from the mainland. I wasn’t terribly concerned about my own safety, but I was very concerned about my camera and equipment. And in case you’re wondering, it’s not easy navigating your way through the incoming tide back to shore with all of your camera gear in tow!

I survived, and looking at the photographs from that afternoon, I have to say that it was worth the extra effort and the adventure of getting back to dry land.