Making my way through the crowds of tourists who flock to Cornwall in the summer, I had to remind myself that it wasn’t always a tourist spot. At least one part of it, the town of Botallack, was a center of the region’s mining industry. Only a few traces of the industry remain, crumbling, derelict reminders of bygone years. 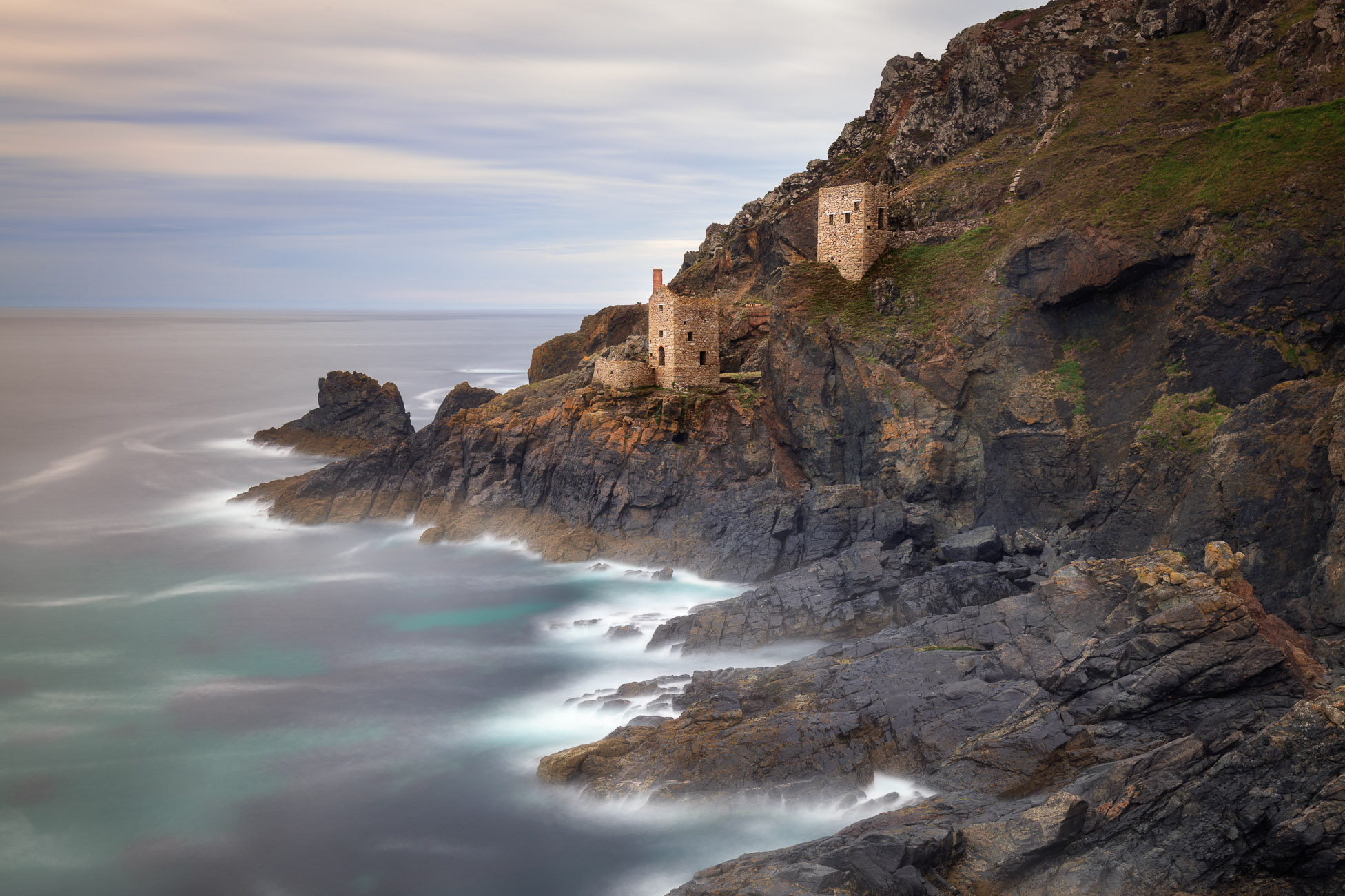 The most picturesque of these ruins are the Crown Engine Houses, which are perched precariously on the cliffs above the Atlantic. They look as if a strong storm could send what’s left of them tumbling into the ocean at any moment. I’m not the first photographer to be drawn to the ruins; I saw other people making the roughly four-mile trek, camera and gear in tow. It’s even been used as a backdrop for the filming of the “Poldark” series.

As evocative and picturesque as the ruins are, the real story is underground. In 1858, when the mining industry was still thriving, a remarkable feat of engineering took place at the Crown Mine. That year, work began on the Boscawen Diagonal Shaft, a deep shaft that ran 500 meters under the Atlantic Ocean. By that point, the mine had struggled for years as the shallow deposits of copper and tin were depleted, and it was largely because of the determination of a new owner that the mine began to turn a profit again in the 1840s. The Boscawen shaft elicited so much attention that dignitaries from around the country toured the site, including the Prince and Princess of Wales.

But eventually the newer, deeper mine was also depleted, and Botallack declined. Time and nature gradually took back the site. Once a major industrial site, the elements have reclaimed it, and lush vegetation now crawls along the remaining walls. It’s a haunting image, and a reminder that we are all powerless against time and nature.