One of the things that made Scotland such a special place to photograph was the way that its weather was ever-changing. I’d never experienced a place whose moods could change as rapidly as Scotland’s. A sky that seemed to promise only rain and leaden clouds could crack open and sunlight would stream through. 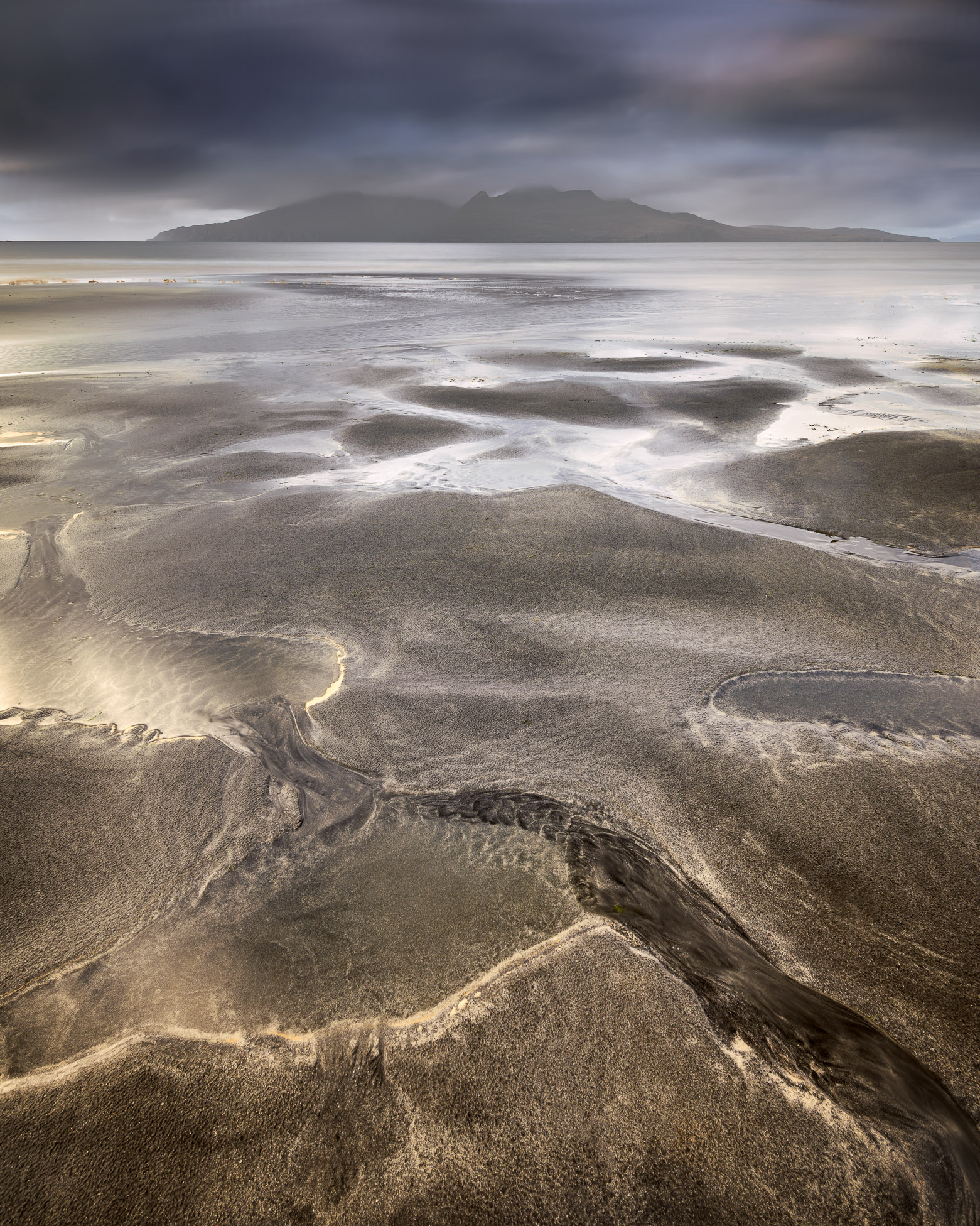 Occasionally, the two things happened at once, and an ominous gray sky and brilliant sunlight could briefly coexist in a moment of unexpected beauty. In all of my travels, I’d never experienced the unlikely coupling of those two extremes, but in Scotland it seemed to happen daily. The juxtaposition was fascinating and lovely.

My first photographs on Eigg had focused more on the brooding quality of the Hebrides — the foreboding that sometimes creeps along the edges of your consciousness on a stormy day. But as the days progressed, I sometimes caught glimpses of a different Eigg. It was an island of paradoxes, after all; the same craggy landscape that witnessed bloody feuds was also trod by the feet of earnest missionaries who brought their faith to the rugged outpost of a continent.

I wanted to capture in a photograph that paradox — the transitory, ephemeral nature of light on the Isle of Eigg, which, in my mind, suggested something of the island’s contradictory history. The shot that best encapsulates this for me is of puddles I found along the shore on a day that — like many on Eigg — was foggy and overcast. But I was fortunate that day and happened to see them as they were pierced by sunlight, which revealed the undulations in the sand under the surface. Only the slightest bit of sunlight touched the water’s surface, but it was enough, and the sand sparkled like gold.

The result is a very moody shot, but it’s a different kind of mood that in earlier photographs of the island. The light can change quickly on Eigg, and I was lucky to witness that rare moment of contradictions.