Rocky Beach in the Evening, Isle of Eigg

One of the things that I love about photography is that there is always the possibility for improvement, that no matter my level of experience, I can always learn new techniques to improve my craft. Recently, I was fortunate to be able to attend a workshop with acclaimed photographer Bruce Percy on the Isle of Eigg, off the coast of Scotland. 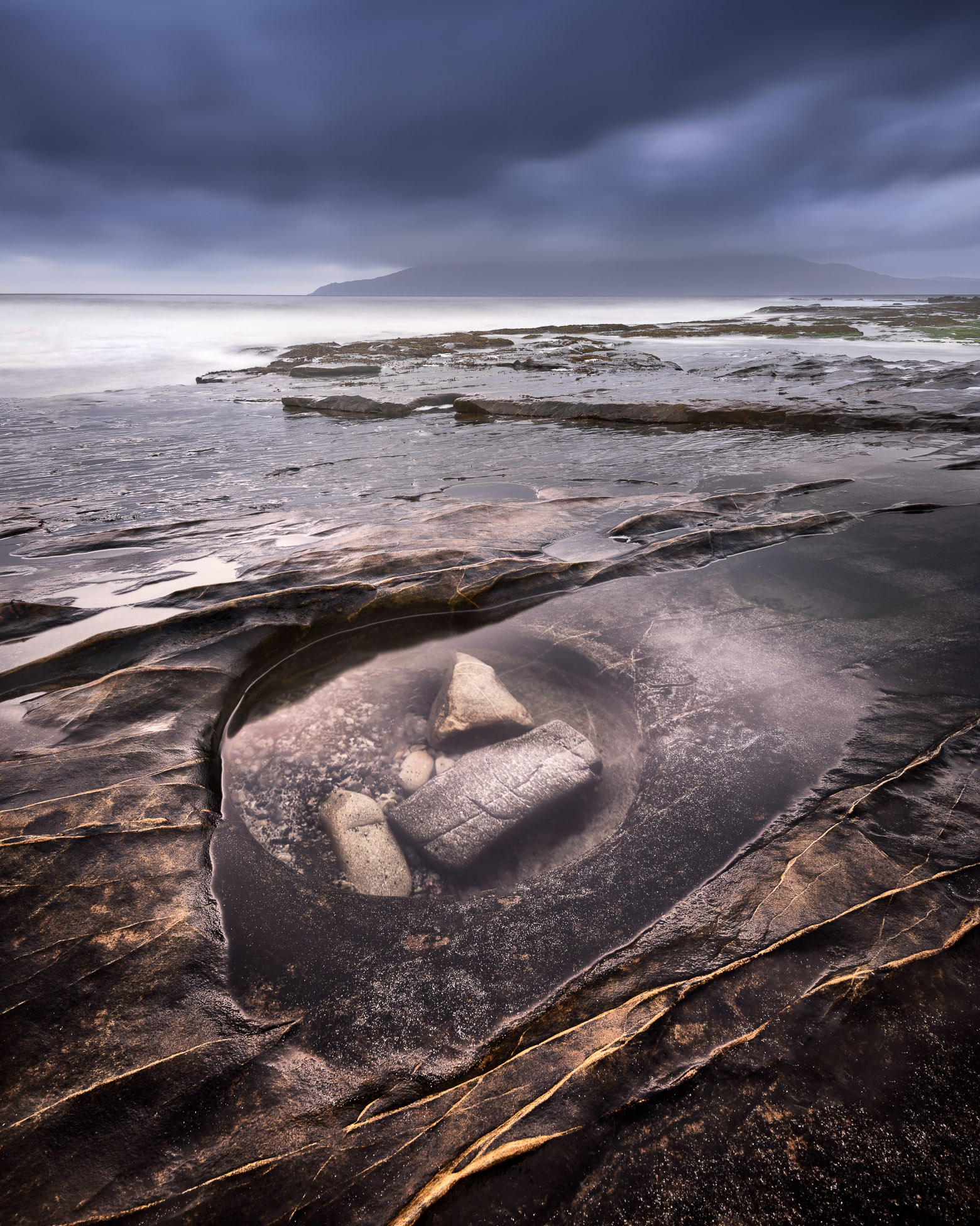 There are many people who are skilled in a particular area and many others who are skilled as teachers; it’s rare to find someone who is both. Bruce is something of a rarity: he is both a highly skilled photographer and a fantastic teacher and mentor. The opportunity to learn from someone as talented as Bruce and in an environment as spectacular as the Isle of Eigg was one of the highlights of my career.

Eigg is one of the Inner Hebrides, islands located off the western coast of mainland Scotland. Craggy and sparsely populated, the jagged cluster of islands is dotted with Iron Age sites and traces of the earliest Christians to see this part of the world. The islands have a greater percentage of Gaelic speakers than anywhere else in Scotland, save their neighbors to the west, the Outer Hebrides. In many ways, walking along the rocky coast of Eigg was a bit like stepping out of the twenty-first century and into some distant point in the past.

Although Eigg is largely unknown as a travel destination, it’s a popular and well-documented location among photographers, primarily because of Bruce’s workshops. The challenge I gave myself was to try and capture something new and unique about the island. I was, after all, seeing it with a newcomer’s eyes.

The trip to Scotland — the rough and rugged edge of Europe — was a first for me. I was amazed daily by the rapid changes in the weather: the same sky that was gray and ominous one moment could become illuminated with brilliant sunlight the next. There were days when it seemed we could experience all four seasons in the span of a few hours.

But in my memory, Eigg exists largely in the grays and heavy blues of impending storms. When I photographed the rocky beach along Eigg’s coast, I used long exposure and ND filter to capture those mood and the sense of something imminent on the horizon.