Roughly one mile off the coast of Land’s End are the rocky islets known as the Longships. From the shore, you see only their spiky crests, giving them the appearance of a large, sea-dwelling creature which has just slipped under the water, leaving only its spine above water. There is no monster, of course. But the area of the Longships treacherous, just the same. 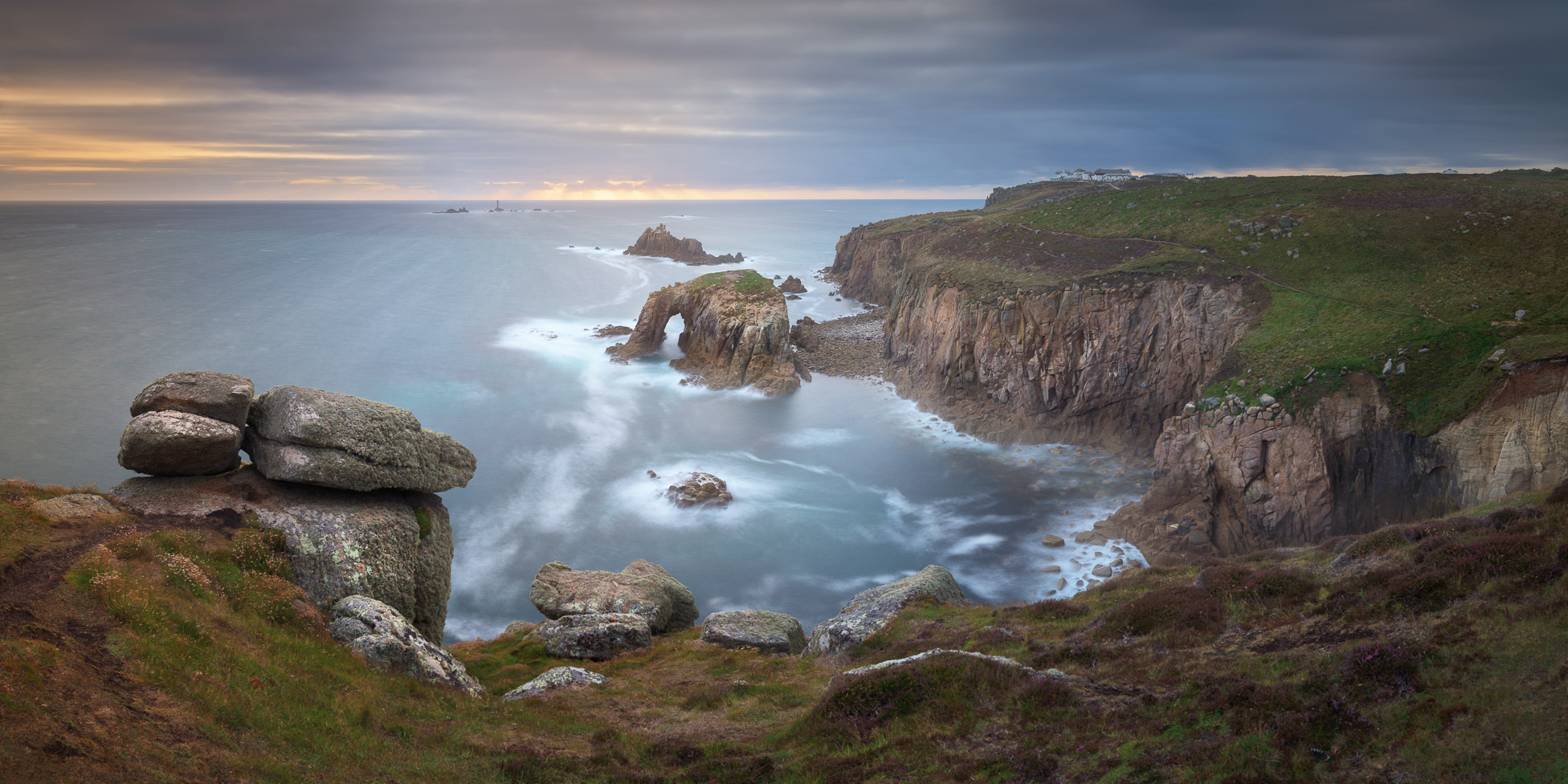 More than a few ships have met their end in the dangerous waters of Land’s End. Even after the Longships Lighthouse was built in 1795, on the tallest of the islets, ships still came to misery on the jagged coastline. One of these, the SS Bluejacket, which wrecked in 1898, nearly destroyed the lighthouse itself as its battered hull careened into the islet.

More recently, a German ship, the RMS Mulheim, ran aground at Land’s End in 2003. A cargo ship, the Mulheim’s massive body smashed into the rocks and over time, was eventually broken in half. Parts of the wreck are still visible, and from time to time, flotsam from the ship washes up on the coast, reminders of the sea’s power.

Not much of the wreck remains now. This part of the ocean sees massive Atlantic storms, and they have gradually had their way with the Mulheim and other wrecks. It’s no wonder that the Romans called this part of the sea “Bolerium,” or seat of storms. I spent two days in Land’s End, and I saw the rapidly changing weather patterns and how quickly terrifying storms can materialise. Land’s End is hauntingly lovely, but it holds within it the threat of terrifying destruction.