After spending a few days in Bath and at Stonehenge, I made my way to the famously rugged coastline of England’s most western county — Cornwall. My destination in Cornwall was the craggy, picturesque cliffs of Land’s End. 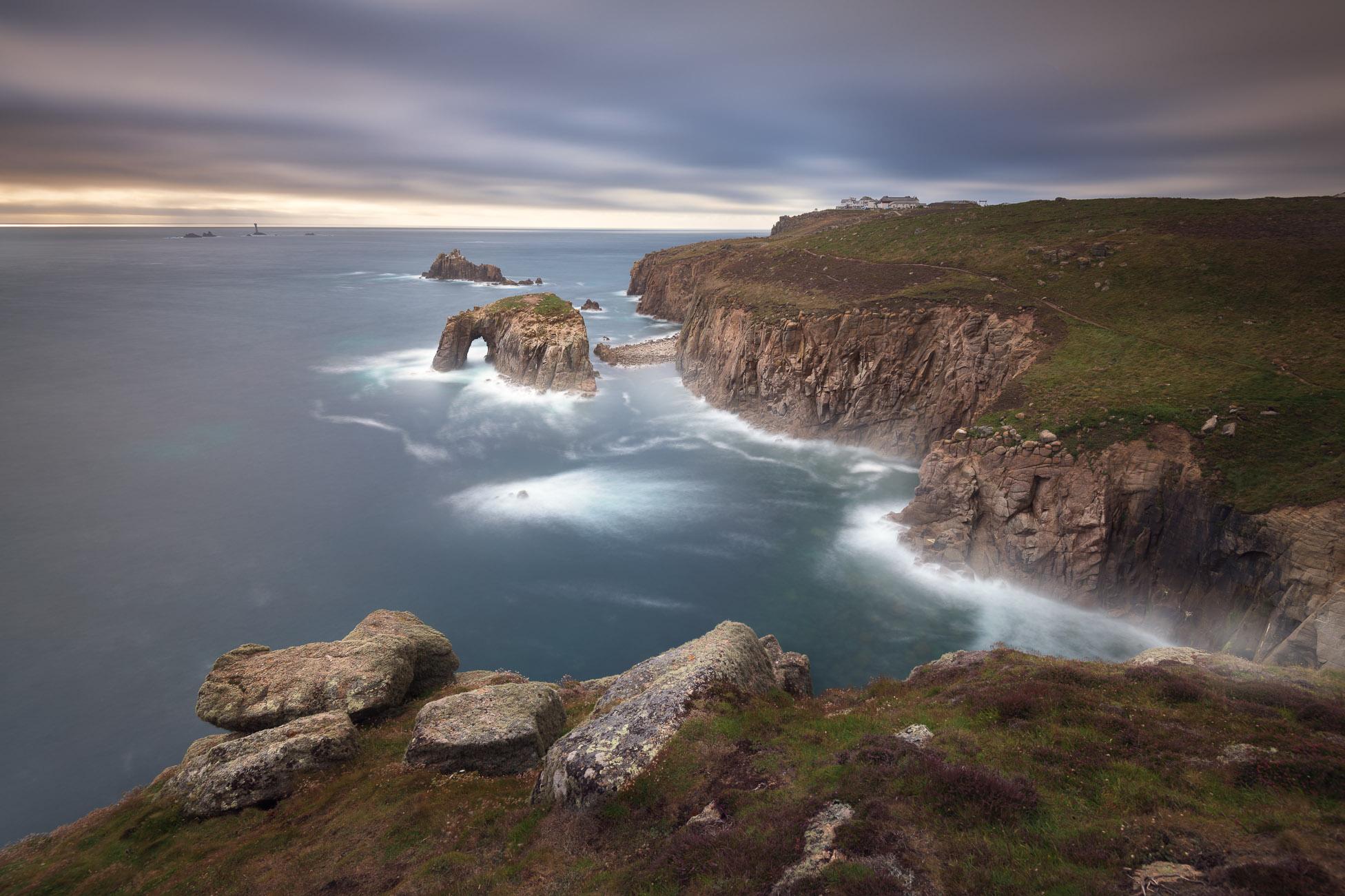 Could there be a more evocative place name than Land’s End? Even if you’ve never been there or seen photographs of the place, the name alone conjures images of a foreboding landscape, bereft of humans. In fact, it’s one of the country’s most visited tourist attractions, and a hotel on a vertiginous spot overlooking the waves is a popular location for weddings. But still. As I move southwest from Bath, it’s hard to shake the image of a forlorn place, a jagged sliver of earth far away from human habitation.

Looking out over the waves there — which have meant misery to more than a few seafarers over the centuries — it isn’t hard to see why so many people are drawn to Land’s End. Equal parts beautiful and dangerous, there’s something about the cliffs here that compels you to them, an irresistible pull to witness the fearsome beauty below.

Land’s End is a place that creates myths. One of the most enduring myths is that it is the site of Lyonesse, a lost, sunken land that features in the Arthurian legends, a kind of British Atlantis. According to some versions of the legend, it was at Lyonesse that King Arthur and Mordred fought their final battle.

While the Arthurian legends are just that — legends — there may be some truth to the belief in a sunken land. Some people believe that Lyonesse was attached to the Scilly Island, which is still very much above the water. Research done on the island revealed that the sea level was once much lower there than it is now, raising the possibility that there once was another place here. A place, perhaps, like what remains at Land’s End — a land that is at once forbidding but beautiful, dangerous but alluring.