As it happens, I wasn’t the only one whose mind took a mystical turn at the sight of the Giant’s Causeway. The place has inspired myths and legends from time immemorial and the most persistent is the one which gives the causeway its name. 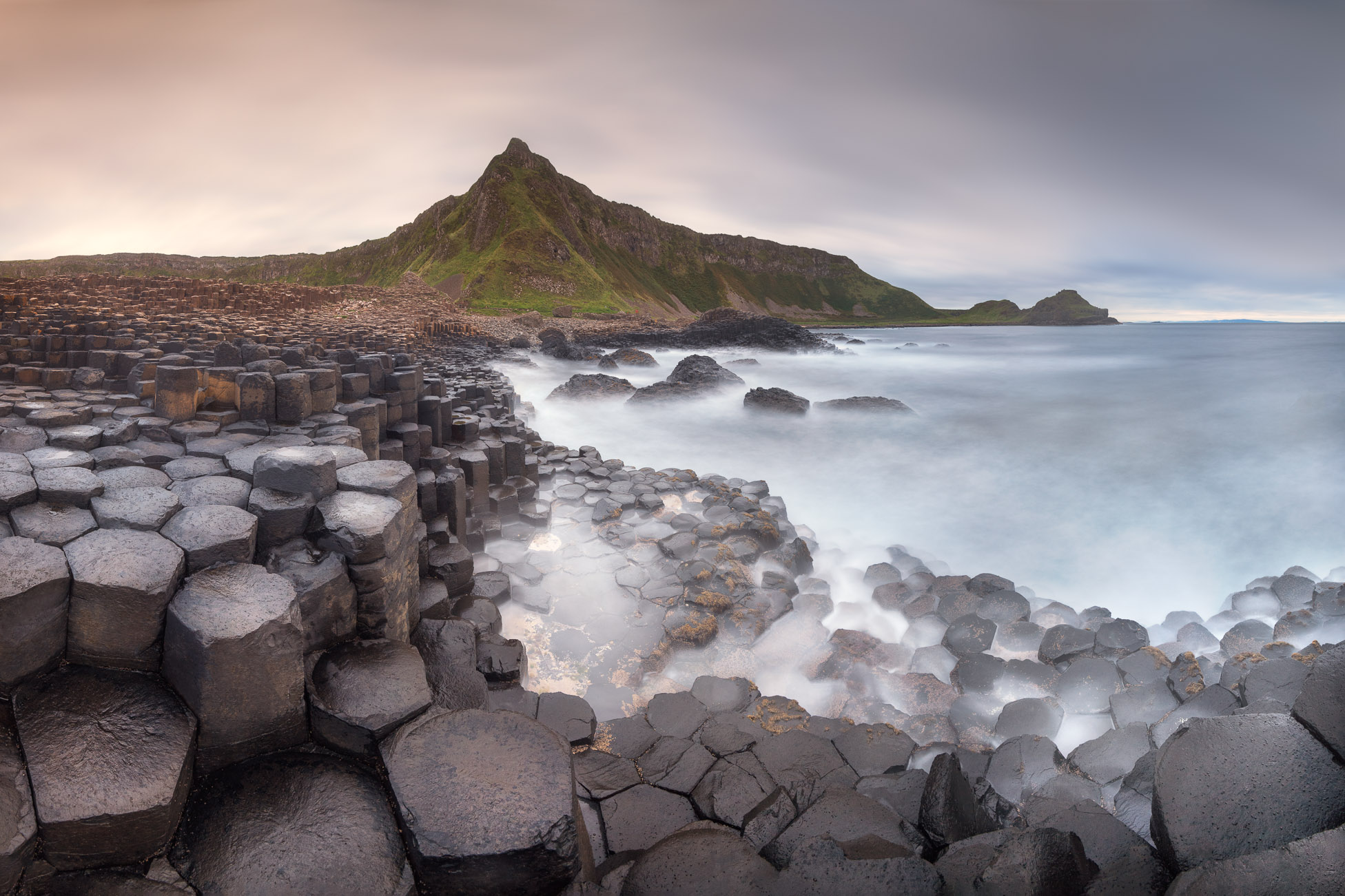 Ireland is a place with a rich culture of legends and folklore dating back to the ancient Celts. One of the most well-known figures from Irish mythology is Fionn MacCool, a giant. According to legend, MacCool had a feud with the Scottish giant Benandonner, who challenged MacCool to fight him. MacCool built the causeway between Ireland and Scotland so that the two giants could meet, but realizing that Benandonner was much larger than he expected, MacCool was hidden by his wife, Oonagh. Oonagh disguised her husband as a baby and tucked him in a large cradle. When Benandonner crossed the water and found the sleeping “baby,” he was terrified and concluded that if the baby was that large, his father must be a giant among giants. Benandonner then retreated to Scotland, pulling up the stones of the causeway as he went.

It’s a fantastical story, but the otherworldly landscape of the coast is the kind of place that inspires such thinking. Looking out over the water — where, on a clear day, you can just see the coast of Scotland — I can imagine ancient people, prone to colorful tales and with a love of the spoken word, crafting a story worthy of such a magical place. Ireland is bewitching, a place that captures your heart as well as your imagination.

After a few days, the other photographers and I left Northern Ireland, as we had other destinations to explore. But the Giant’s Causeway is a place that will linger in my memory for years to come, I’m certain. In all of my travels, I’ve never seen another place quite like it.