Two months after my children returned from England, I returned to that part of the world as part of a group of photographers who would travel to England, Northern Ireland, and the Republic of Ireland to photograph landscapes. I knew from my time in the United Kingdom earlier in the year that that part of the world was a dream destination for landscape photography. With mountains, wild coastlines, and lush green countryside, I knew it would be a productive trip. 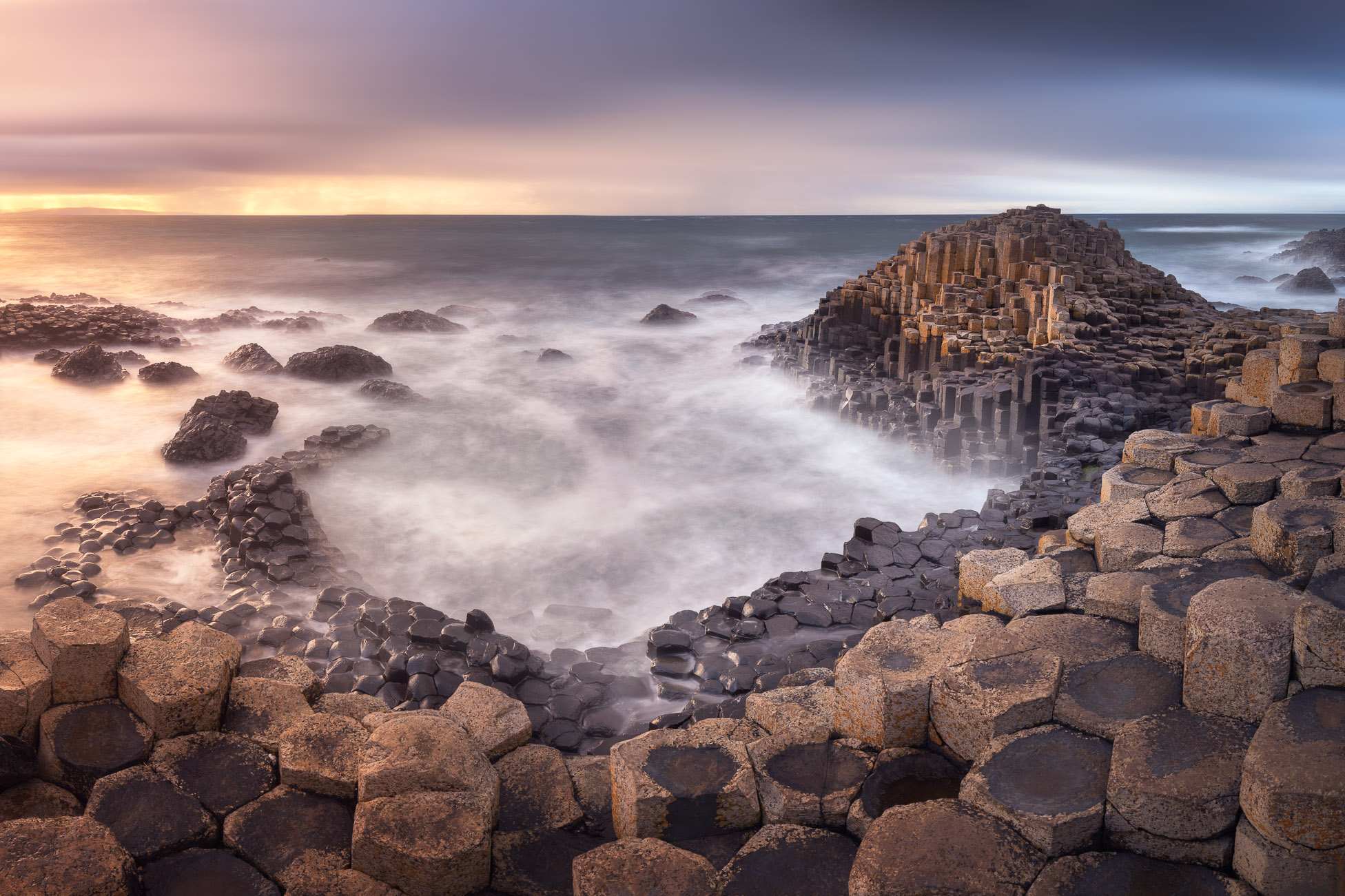 Northern Ireland’s Antrim Coast quickly became one of my favorite destinations on the trip. It’s a strikingly beautiful part of the world where ancient castles dot the countryside and each bend in the road seems to reveal a misty glen. It was hard not to be charmed by this beautiful land.

I found one of the most picturesque spots on the Antrim Coast at the Giant’s Causeway. It’s a landscape from a fantasy and unlike any other place I’d ever seen. The causeway is made up of thousands of octagonal basalt columns of varying heights that lead, like stepping stones, down into the sea. The columns were formed millions of years ago, when Antrim was the site of intense volcanic activity. When lava forced its way up out of the earth, it eventually cooled, and as it cooled, cracks formed, which created the columns.

As a man of the twenty-first century, I understand how the Giant’s Causeway was formed. I have enough knowledge of science to understand the processes that went into the column’s formation. But just the same, there is something about that place — about all of Ireland, really — that puts me in mind once again of distant, lost worlds. Wandering along the jagged Antrim coastline and its mysterious columns that lead down under the water’s surface, I found myself again lost in reverie, imagining an ancient people dancing underneath a night sky.