Fanad Lighthouse in the Evening, Ireland

Our next stop in Ireland was along the coast of County Donegal, in the Republic. Donegal is remote and it takes a bit of effort to get there, but the reward is one of the most strikingly beautiful stretches of coastline I’ve ever seen. The Atlantic here can be savage and unpredictable, and the rugged coastline reflects its long, frequently tumultuous past with the sea. 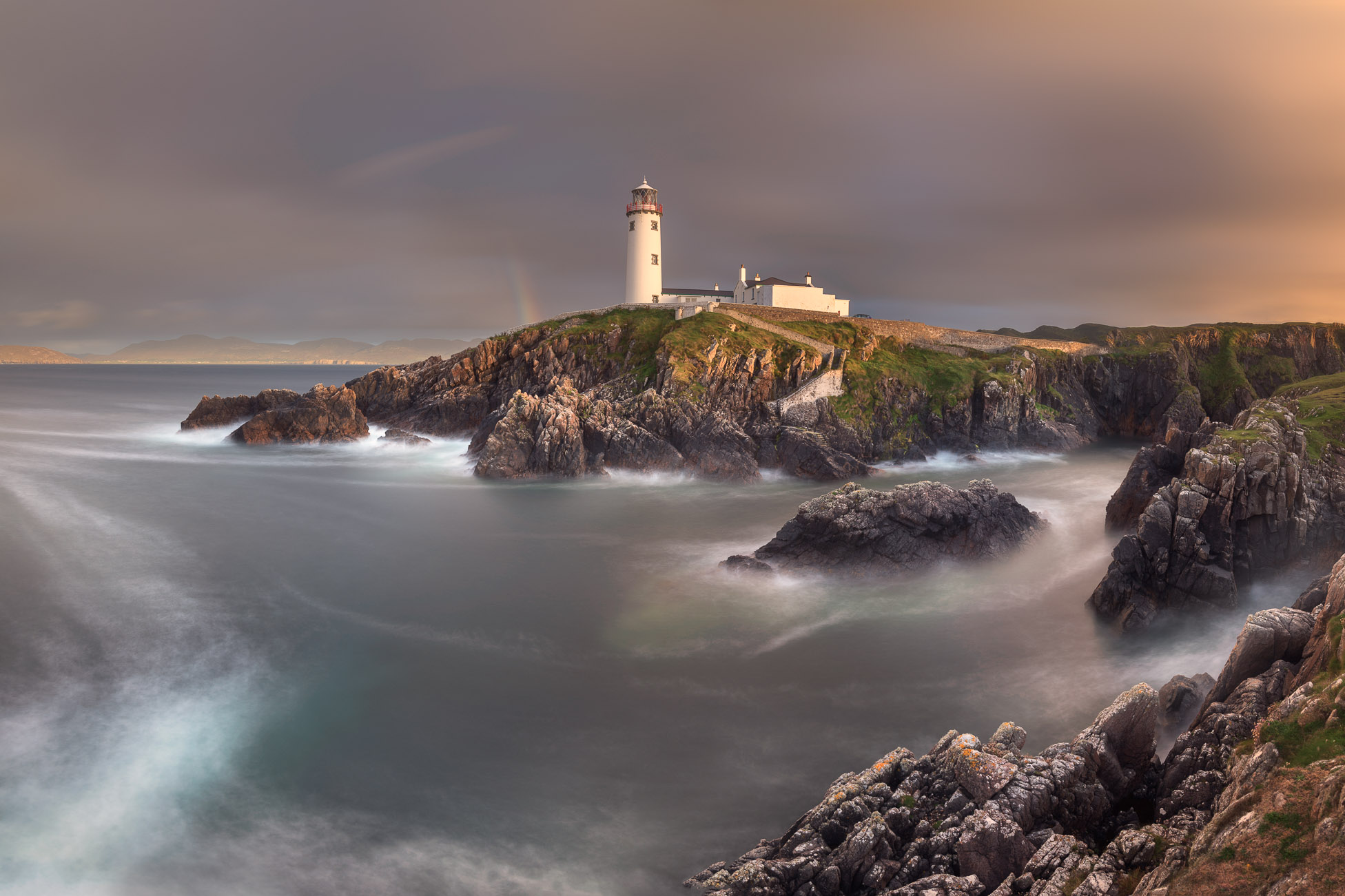 We made our way to the Fanad Peninsula, which is one of the few remaining Gaeltachts, or Irish-speaking regions, left in the Republic. The windswept peninsula feels far removed from the modern world and the ancient tongue spoken by many of the people there only adds to the feeling of having stepped into the distant past.

The entire peninsula is beautiful and untamed, and popular with photographers as a result. The Fanad Lighthouse, in particular, is a popular location for photo shoots because it’s framed by rugged cliffs. In Ireland, the weather can change dramatically in a short period of time and it’s often said that you can experience all four seasons in one day. While shooting on the peninsula, we found this to be true: in the span of a few days, we experienced stormy skies, roaring ocean waves, vibrant sunsets, and rainbows. No matter the weather, the Donegal coastline was breathtaking.

We returned to the lighthouse over several days, shooting in different light and in different weather conditions, hoping to get the perfect shot. This one, with the faint hues of a rainbow over the lighthouse and the sky lit by a distant sunset, is my favorite of the lighthouse shots. I think it captures the dramatic beauty of Ireland’s coast and its ever-changing conditions. Those conditions almost cost me some of my equipment, by the way. While photographing between the rocks, I caught the full force of a wave as it washed over me — and my camera! Fortunately, both camera and photographer survived.

This entry was posted in Landscape and tagged Ireland.