Perhaps it’s because I grew up reading the Arthurian legends, but for me, the English countryside and its jagged coastline has always inspired images of sorcerers and high priestesses from another time. There is something about the deep green of the landscape — seemingly untouched by modernity — blanketed under a veil of mist that brings to mind Morgana Le Fay, using her incantations to both protect and bewitch men. 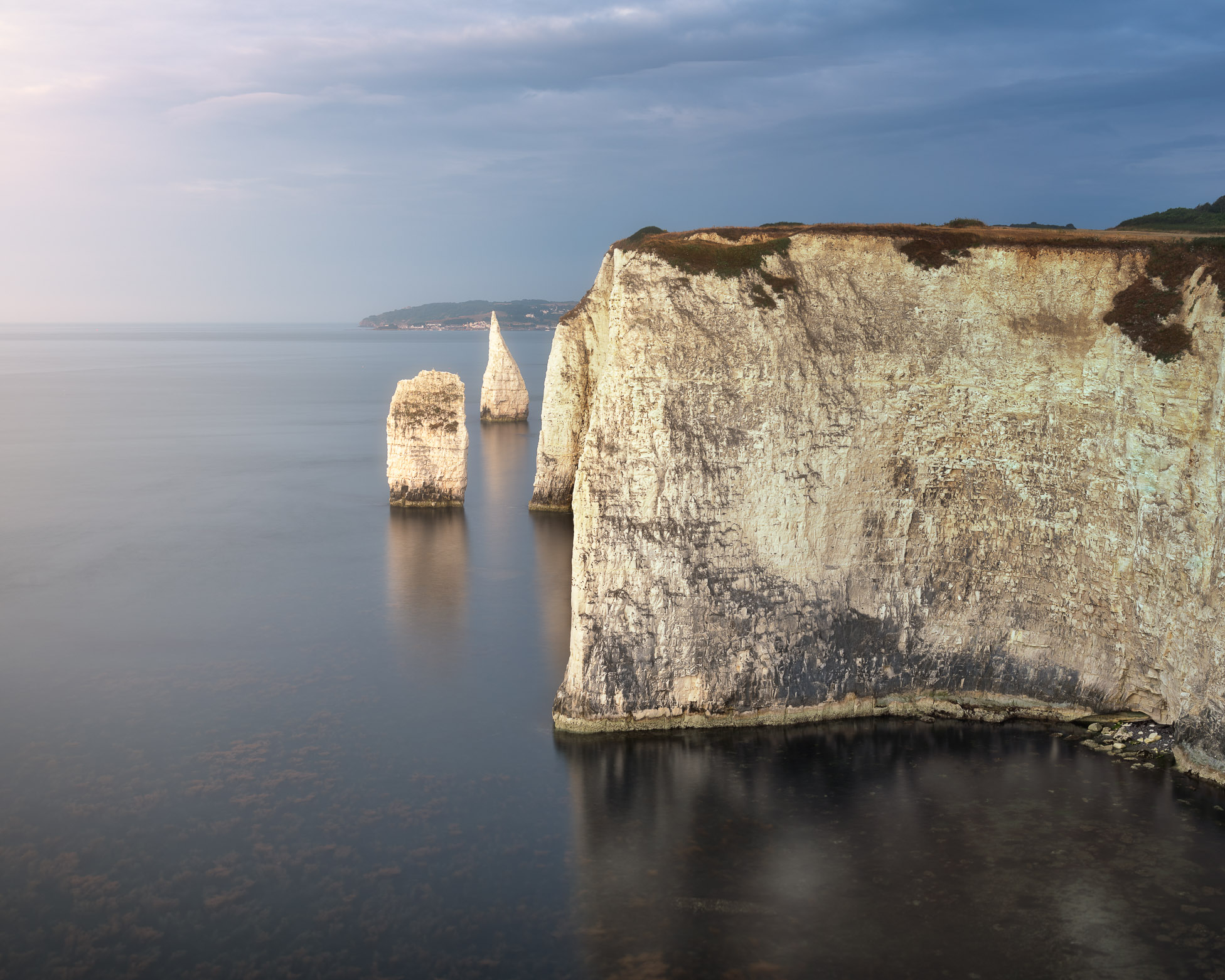 It isn’t difficult to find oneself bewitched by the Dorset coast. It isn’t often that you come face to face with that kind of physical manifestation of history — millions of years’ reflected in the chalky white of Dorset’s cliffs. The Old Harry Rocks have eroded in places over the millennia, but it’s still a striking sight, and the knowledge that these formations have stood along the southern coast of England for more than 60 million years leaves me awestruck.

I came back to the Old Harry Rocks each morning for several days, hoping to capture in a photograph something of the mystical quality that England possesses for me. I approached the rocks from different angles, careful to notice changes in the light and the way that it fell on the faces of the rocks. From any angle, the rocks were a brilliant white against the blues and greens of the country’s coast, and no matter how I approached them, their magic held.

One of the legends surrounding the name of the Old Harry Rocks is that the Devil (once referred to as “Old Harry”) took a nap on the pinnacle of the rocks, and locals bestowed the name in his honor. But I think I prefer my own myths of the rocks — I like to think that among these ancient formations there once dwelled high kings and enchantresses, and that their whispered incantations still linger in the mists.