In the summer of 2018, I enrolled my children in an English language school in the United Kingdom. I accompanied them on the trip in case they had any problems that might warrant a parent’s attention. And because I was traveling to a beautiful part of the world, I had my camera and equipment in tow. Fortunately, my children adjusted well to their classes and there were no issues, so I was free to explore the southern coast of England and Wales. 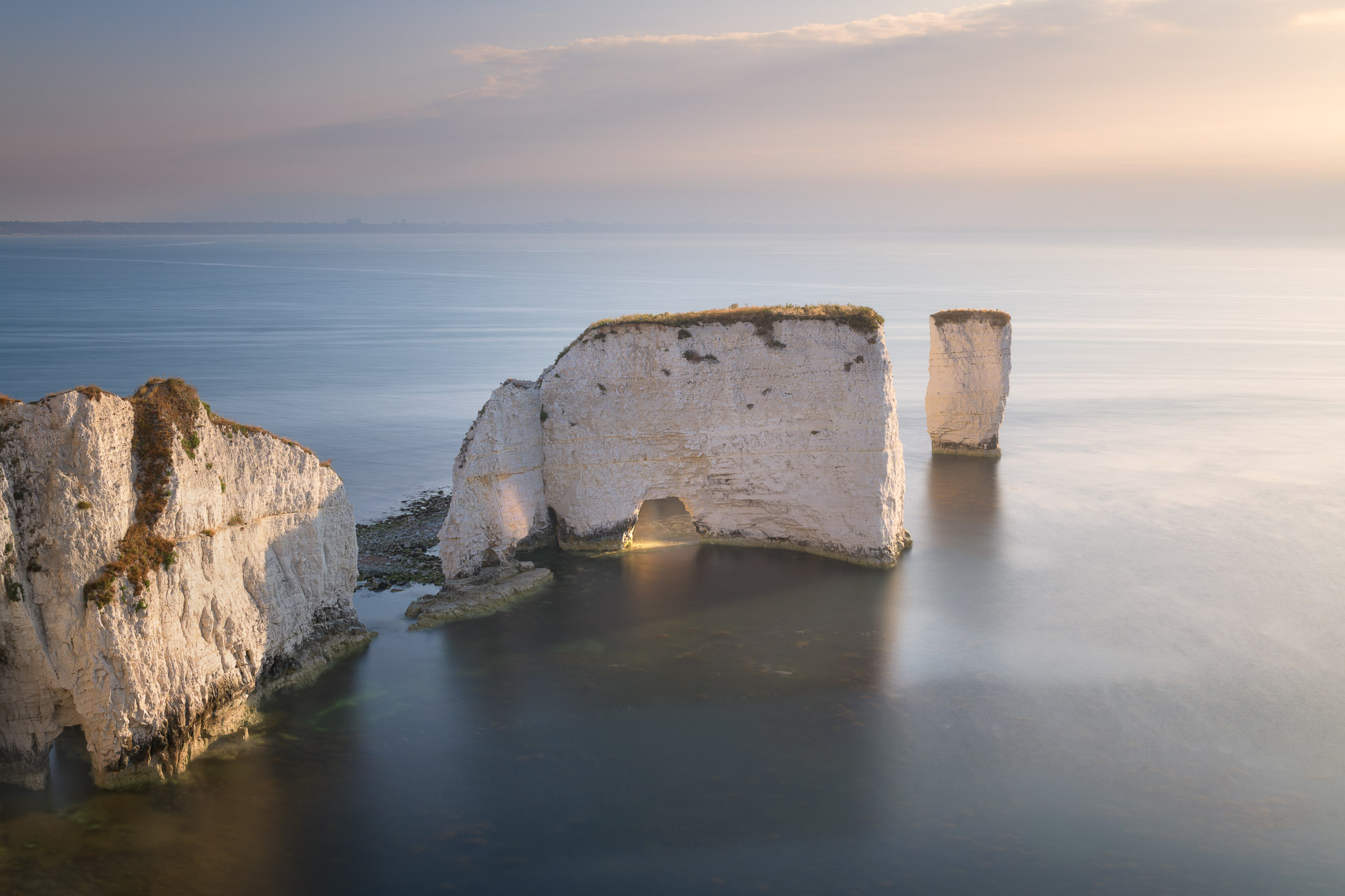 While in Dorset, one of my primary goals was to photograph the Old Harry Rocks, ancient sea stacks formed by the buildup of microrganisms over many centuries. These ancient formations are believed by scientists to be perhaps 65 million years old.

From Swanage, where I stayed during that part of the trip, it took me roughly and hour and a half to reach the rocks. Part of reaching the rocks involved walking along a steep, narrow coastal path. During my stay, I walked the five mile distance every morning, as if I were reporting to a job. I hoped to capture the striking chalk towers in the ideal early morning light.

On my third day of making the steep hike, I found the rocks washed in the delicate colors of first light. The stark white of the rocks is striking against the deep blue of the sea, but that morning I found both rocks and water suffused with the delicate hues of sunrise.

With only a trace of the previous night’s mist, it wasn’t hard for me to imagine an ancient, distant world of kings and sorcerers. There, on the jagged southern edge of England, I had the sense that only a thin veil separated me from that world of magic and mysticism, and that if I had arrived perhaps moments earlier, I might have caught a glimpse of its ephemeral denizens.

But this part of the world is a landscape of mysteries and ancient beauty, and my time there was just beginning.