After wandering in Swanage for several days, I made my way to Lulworth Cove, another picturesque spot along England’s Jurassic Coast. In a particularly scenic bit of England, the scallop-shaped cove and its pebble beach are an especially lovely place. 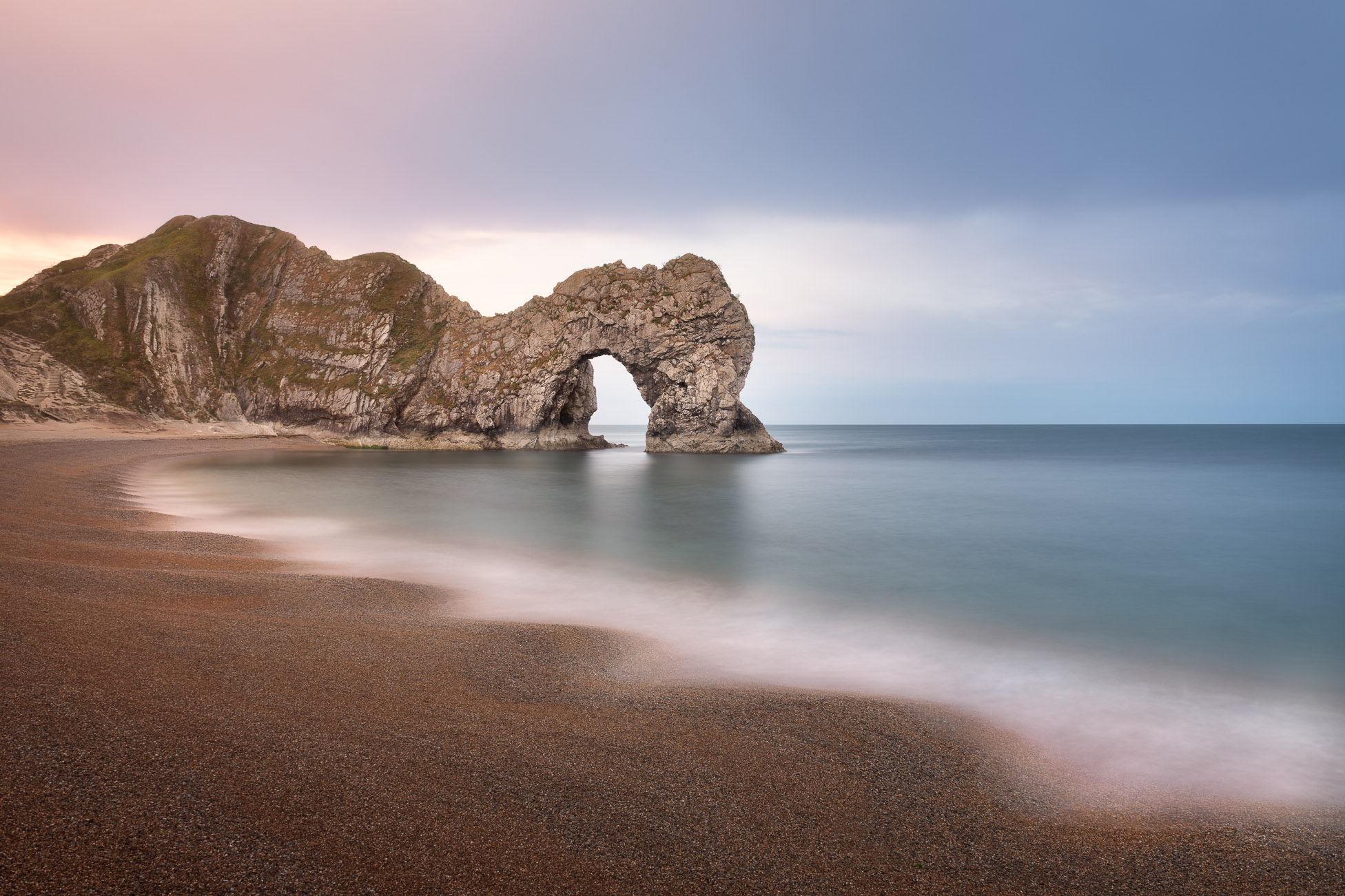 The cove, like the rest of the Jurassic Coast, was formed thousands of years ago. It’s believed that the cove’s formation began roughly 10,000 years ago, carved out of the coastline by the relentless power of water. And the coastline there is still changing, its chalky surfaces continually eroded by the sea and the passage of time.

Close by the cove is one of the area’s most beloved landmarks, Durdle Door. The door is a natural limestone arch that rises almost vertically out of the water, its creation the result of softer rock being gradually worn away by the sea until this bit of the coast was pierced through by the sea. Scientists estimate that the arch was formed some 140 million years ago. It boggles the mind.

The logical part of my brain understands how this process worked. But there is something about this part of England that encourages illogical thinking, something that draws my mind into fantastical places. Arriving at Durdle Door early in the day, before the inevitable tourists and hillwalkers, I again found myself imagining the area inhabited by sorcerers and druids, casting their spells and telling their tales underneath a night sky. Along this ancient stretch of coastline fossils emerge from time to time, gradually revealing the landscape’s history. And walking in this antediluvian country, it isn’t difficult to get lost in reverie, imagining a world far removed from the temporal realm.