Back in England, we headed towards Liverpool, where we planned to photograph another stretch of coast and another lighthouse. This one was the decommissioned New Brighton Lighthouse, which was built in the early 1800s and was in use until 1973. 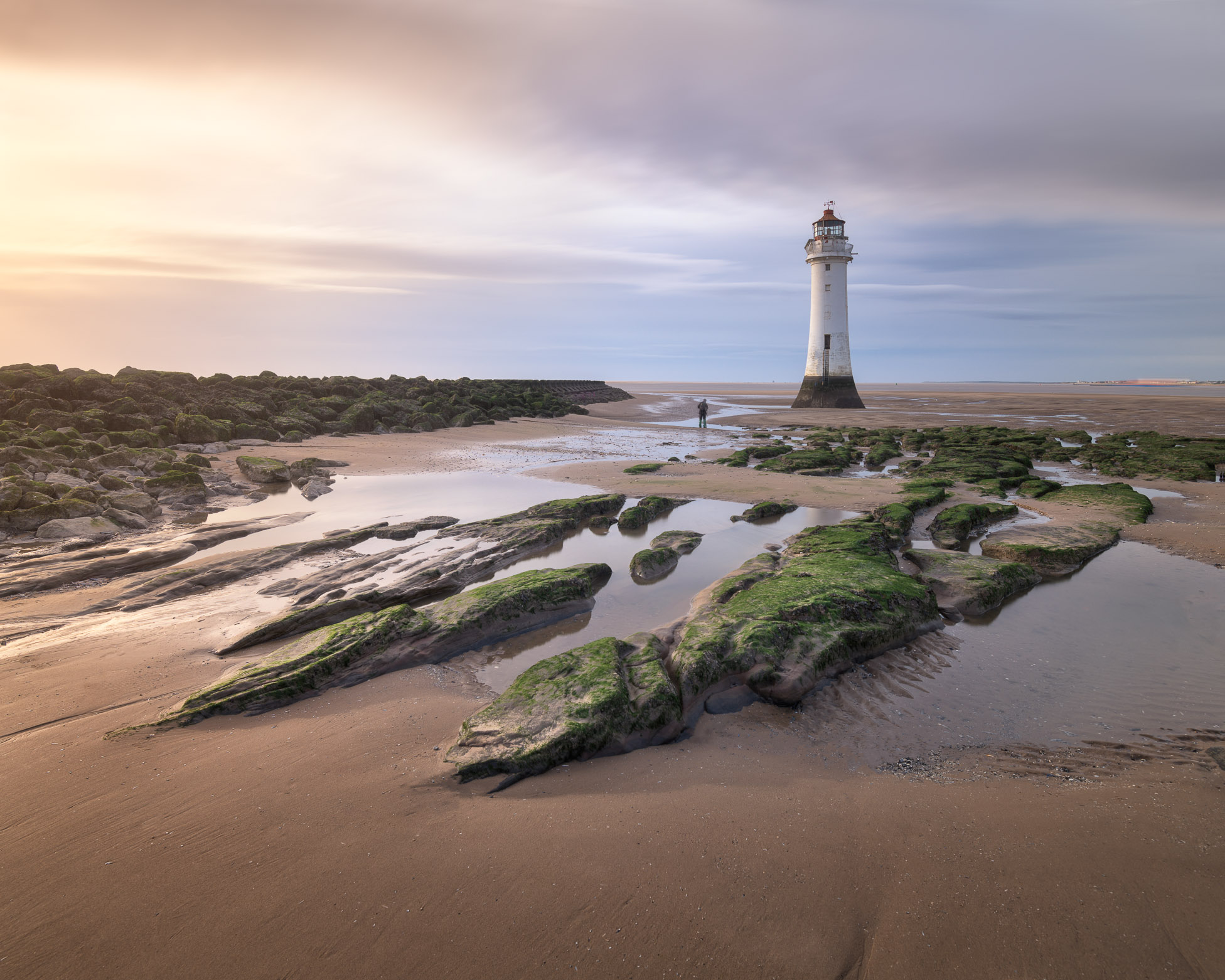 Unlike the Fanad Lighthouse, which stands on a jagged, rocky coast, the New Brighton Lighthouse sits on a sandy beach. It sits where Liverpool Bay the River Mersey meets, and although it is no longer necessary to guide ships away from the shore, the lighthouse is still meticulously maintained and is a historic landmark.

The coastline here was not the dramatic coast of Donegal. Standing among the rock formations near Liverpool Bay, the sea didn’t feel ominous or threatening. The water was a welcoming presence and I imagined families coming here for picnics and looking for shells in the shallows. The lighthouse, once a guardian and guide, is now merely a reminder of another time, a draw for modern-day photographers rather than a guide for seafarers. I found myself again lost in thought, thinking of the not-so-distant past.

This entry was posted in Landscape and tagged England, United Kingdom.