Anyone who travels very much learns quickly that things don’t always go as planned. One of the great things about traveling is that it teaches you to think on your feet and to be adaptable. It also teaches you that your plans are often meaningless; you can plan a trip down to the last detail and nature or circumstances can undo those plans in an instant. 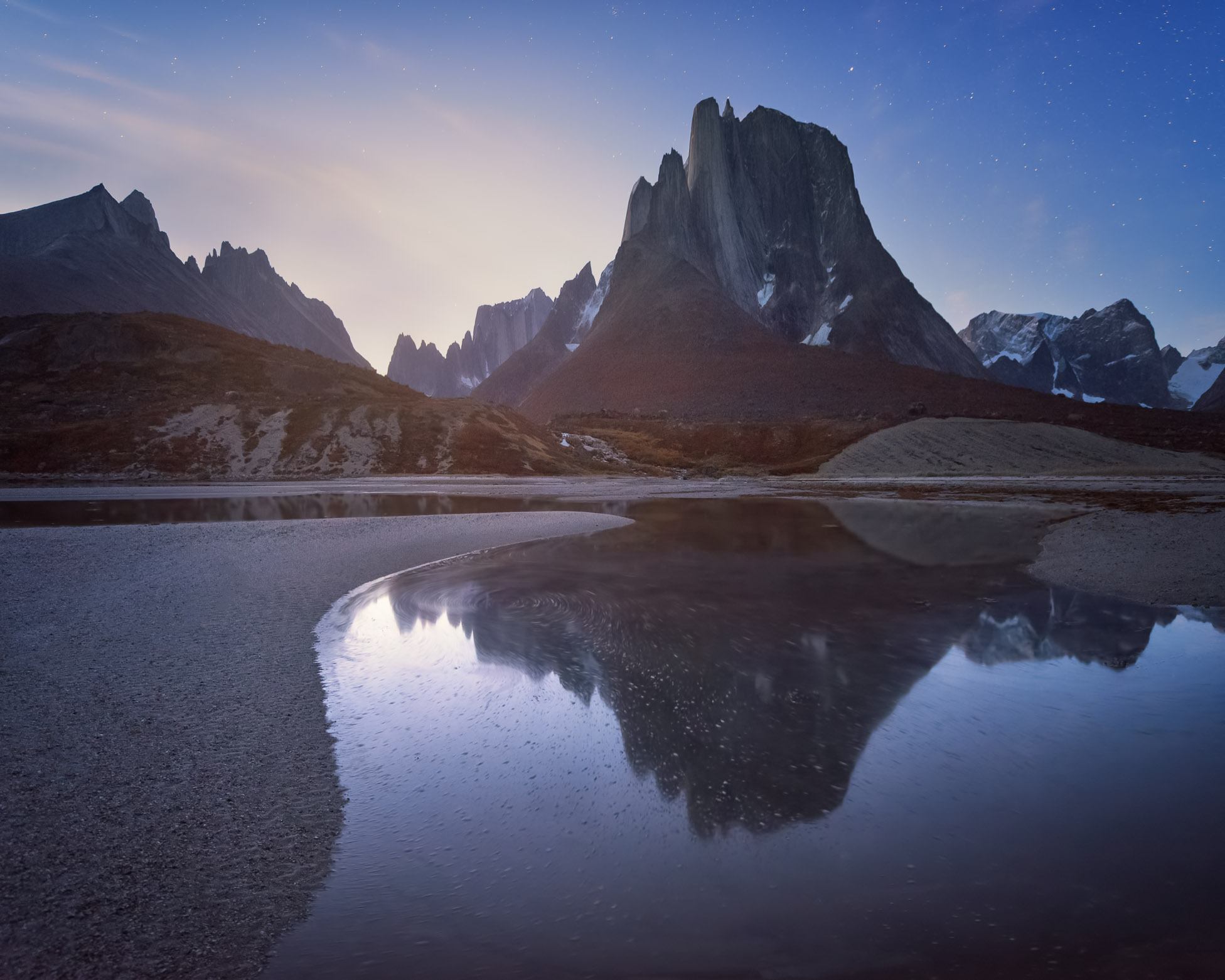 The trip to Greenland taught me early on that plans weren’t worth much as I lay shivering under layer of clothes and blankets in the cold as the crew worked to get the boat running. And once we made it to Tasermiut Fjord, almost every day was a lesson in humility as we adjusted our plans to weather and circumstances.

One of my greatest wishes for the trip was to see the Aurora Borealis, or the Northern Lights. I’ve seen them in countless photographs, but I wanted the chance to photograph them myself. I looked forward to standing at one of the remote ends of the earth with the brilliant, ethereal lights pirouetting in the sky overhead. Early in the trip, the other photographers and I scouted a location that we thought would be perfect should the lights decide to make an appearance. After that, it was just a matter of waiting and hoping.

Several nights into the trip, the captain knocked on our doors and shouted, “It’s shining!” Groggy but excited, we all dressed in the darkness then headed to the Zodiac which would take us to the location we’d already pinpointed. The Northern Lights were bright overhead and just as beautiful as I’d hoped they would be.

But the lights were fickle. By the time we reached our location, they had faded so as to barely be visible. I was disappointed that I didn’t get the chance to capture them in a photograph, but we decided to stay and shoot some nightscapes, which were vivid and lovely even without the Northern Lights. I was grateful simply to have seen them.