I was exhausted from travel and a mostly sleepless night in the cold, but as soon as we walked ashore at Tasermiut, I forgot about all of that. It was impossible to think of mundane concerns in the presence of such natural splendor. I’ve seen incredible places around the world, but the fjords of Southern Greenland have to be among the most epic locations I’ve ever photographed. 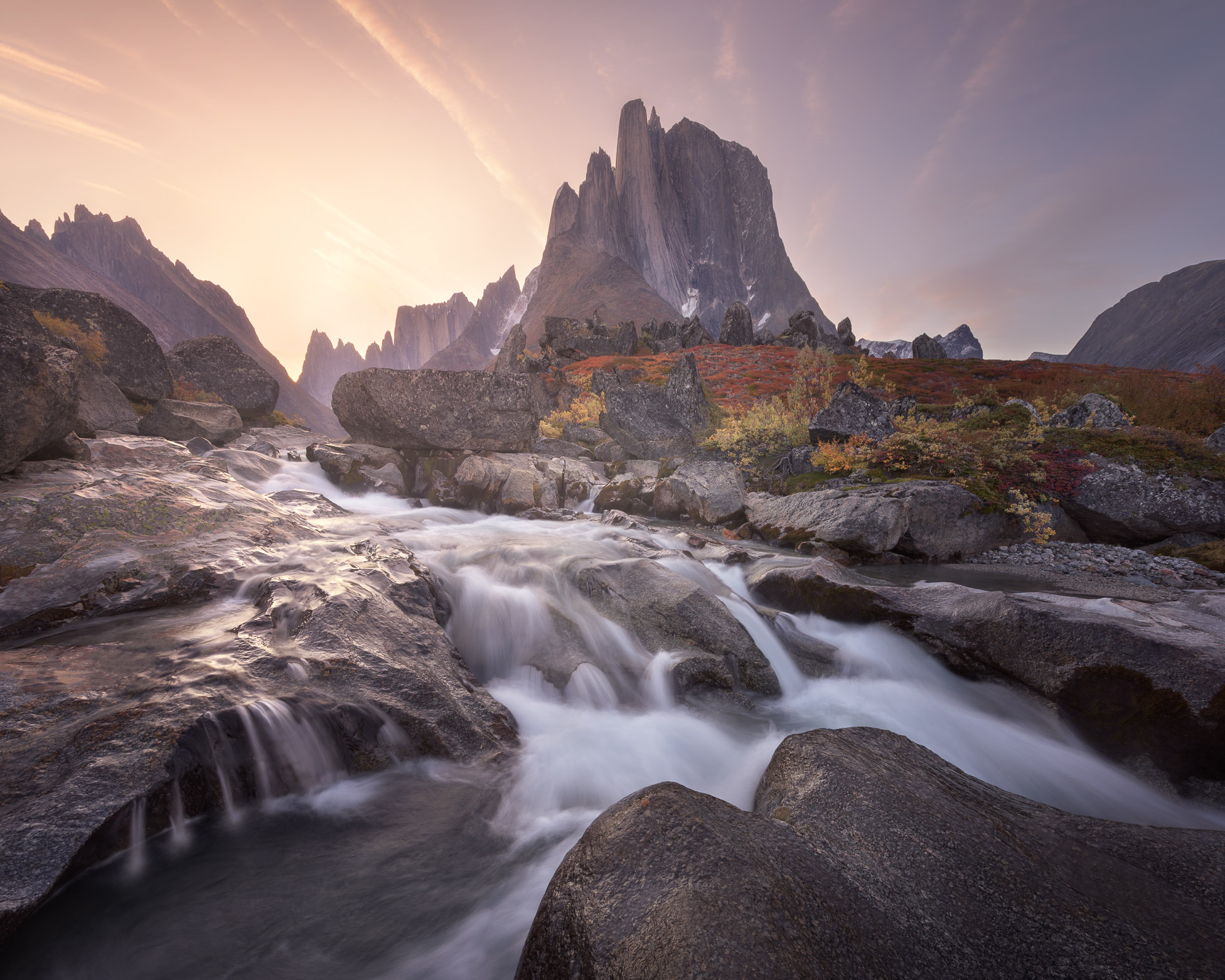 This part of Greenland is considered one of the Ten Wonders of the Arctic, and with good reason. Striking sapphire blue water is surrounded by formidable cliff walls — the “Big Walls” that are a prized destination for climbers. Hiking deeper into the landscape, you eventually reach cascades and waterfalls in a geography that appears untouched by human hands.

Tasermiut reminded me of Patagonia, particularly Fitz Roy and Cerro Torre, the astonishing spires I’d photographed on that trip. The landscapes were so similar that I began thinking of Greenland as Northern Patagonia. In Patagonia, I’d imagined that I was seeing the most astounding example of nature’s handiwork, but Greenland proved me wrong.

This first foray into Tasermiut was shortly after dawn. In the early morning, it was a quiet, unpeopled place, and I could almost imagine that we were the first humans to touch this landscape. Getting to the cascades, like reaching Greenland itself, required some effort — we hiked for a half hour or so before we began to hear the rushing water.

Greenland was a challenge; nothing about it was easy. But by the end of my first full day there, none of that mattered. I was enthralled by the unspoiled beauty of Greenland and ready to see more.