At the end of my stay in Cornwall, I went to the town of Porthleven, the most southerly port in the United Kingdom. Like all of Cornwall, it’s remarkably picturesque, a sliver of a town perched on the last bit of England before the Atlantic crashes against the coast. 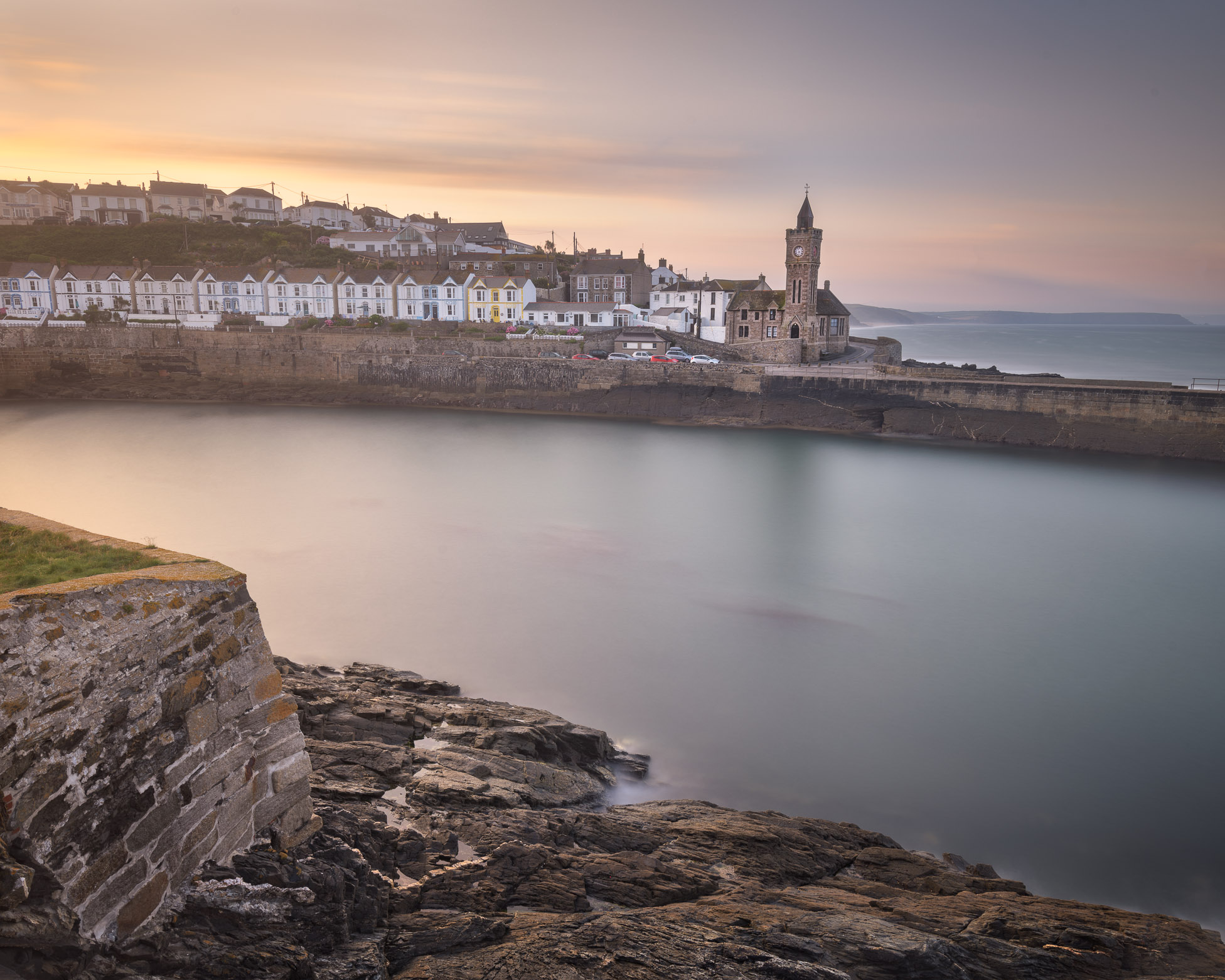 In fact, it’s the crashing of the sea that brings many people to Porthleven. Surfers — only the most experienced ones — are drawn to the town because of its outsized waves. In the winter, though, is when the Atlantic is its most dramatic at Porthleven. One of the most recognizable sites in the town is the Clock Tower, situated near the water’s edge. During a winter storm, the tower — easily the most well-known landmark along the town’s skyline — can become completely overwhelmed by the Atlantic’s waves. It’s a remarkable sight, and one that draws photographers from around the world.

But I arrived in Porthleven on a clear summer day without a storm in sight. The sea was calm and it was hard to even imagine the kind of dramatic waves that batter the town during winter. We arrived late in the afternoon, just as the sun was beginning to set. It wasn’t a dangerous, storm-battered view of the town, but the sunset presented me with its own kind of drama. Washed in vibrant pastel hues, I thought Porthleven was as lovely as any place I’d seen along the Cornwall coast.

In the evening my family and I headed into town for dinner. And it was in Porthleven that we had the best meal of the entire Cornwall trip — at an outdoor restaurant right on the shore, where we dined on mussels and squid straight from the sea. It was the perfect ending to my travels in one of the world’s truly beautiful places.

This entry was posted in City and tagged Cornwall, England, United Kingdom.