My week in Dorset came to an end and I traveled to South Wales, a somewhat complicated journey that involved a train from Brighton, where my children were in school, to London, then a train from London to Cardiff, another from Cardiff to Swansea, and finally a train ride from Swansea to Pembroke. The trip took most of a day, and I hoped that it would be worth the effort. 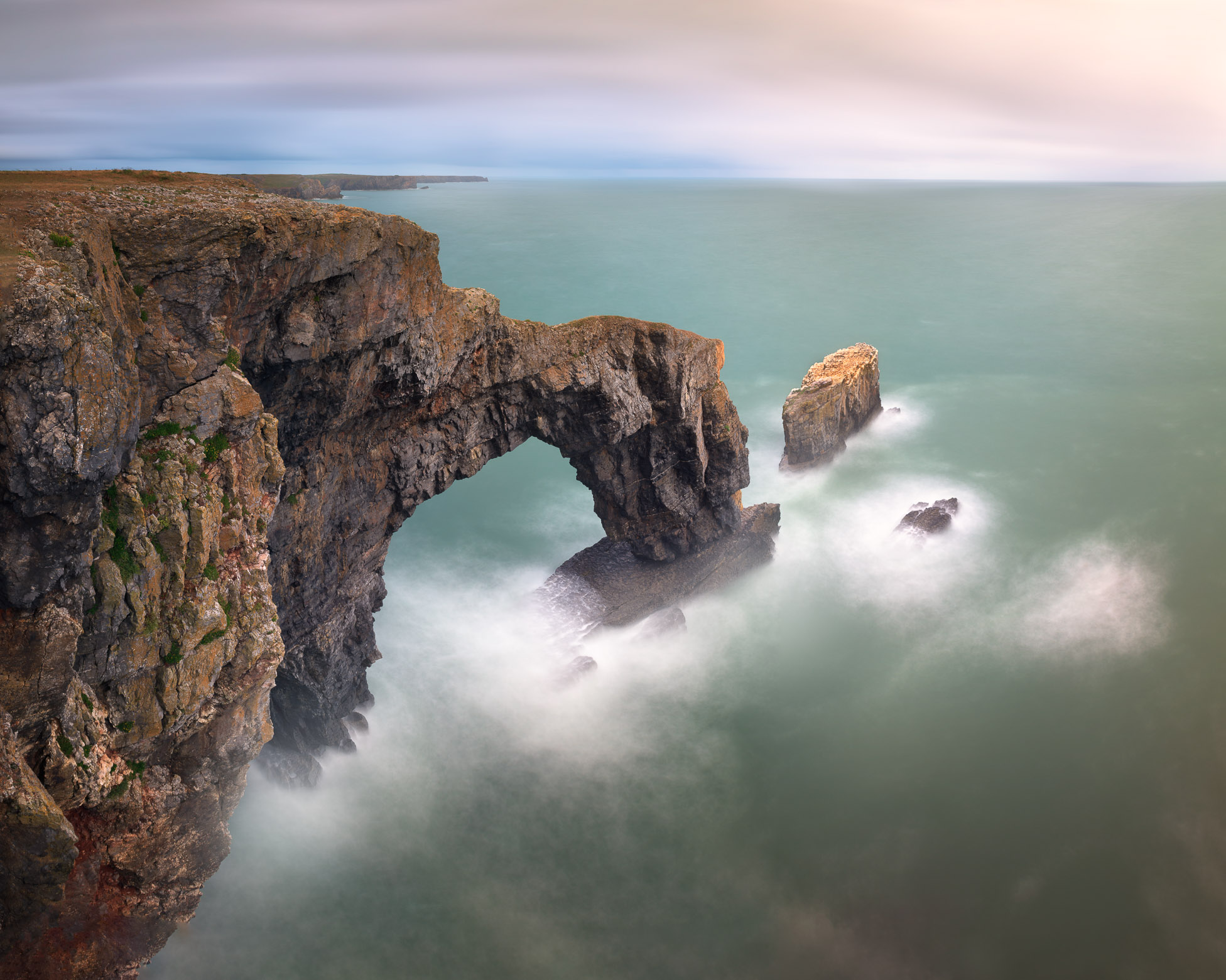 In South Wales, my plan was to visit the famous Pembroke coast, another scenic stretch of coastline known for its dramatic rock formations. My first stop was the Green Bridge, a dramatic arch extending into the Wash Bay. But unlike the Durdle Door, which does indeed resemble a welcoming entryway, the Green Arch was jagged and formidable. Though they were created by the same forces of water and time, the sea formed the Durdle Door with a comparatively gentle hand. The Green Arch appeared to have been battered by an angry sea. Reaching some 20 meters into the sea and with a height of 24 meters, the arch is an impressive sight.

It takes some effort to reach the arch. There are no accommodations nearby; the nearest was ten miles away, which is too far to reach on foot each morning and evening. And since I wanted to photograph the arch at dawn, walking there would mean leaving my hotel in the middle of the night, even if I had been willing to walk 20 miles a day. Instead, I called all the taxi services in the area and finally found one that would pick me up at 5AM and bring me back to my hotel at 7AM.

Arriving at the Green Bridge in early morning, before the previous night’s mist was burned away by the sun, I realized that all of the extra effort was worthwhile. I had the Green Bridge to myself and found the best views on an overlook high above the sea. Cloaked in mist from crushing waves, the bridge almost appeared to float over the water, beckoning like an entrance into another realm. I wondered what ancient people — without our understanding of science — believed about this place. I imagine they believed it be carved by some sea-dwelling god who, in a final bit of whimsy, pierced through the jagged stone with his mighty hand.

This entry was posted in Landscape and tagged United Kingdom, Wales.