Places like this are the natural birthplaces of intense religious beliefs. Remote and forbidding, life can be precarious, even today. In the summers, the earliest inhabitants here must have believed themselves blessed because of the lake’s bounty. Perhaps they judged the winters here — forbidding and often deadly, even now — as the price to be paid for the lake’s largesse. 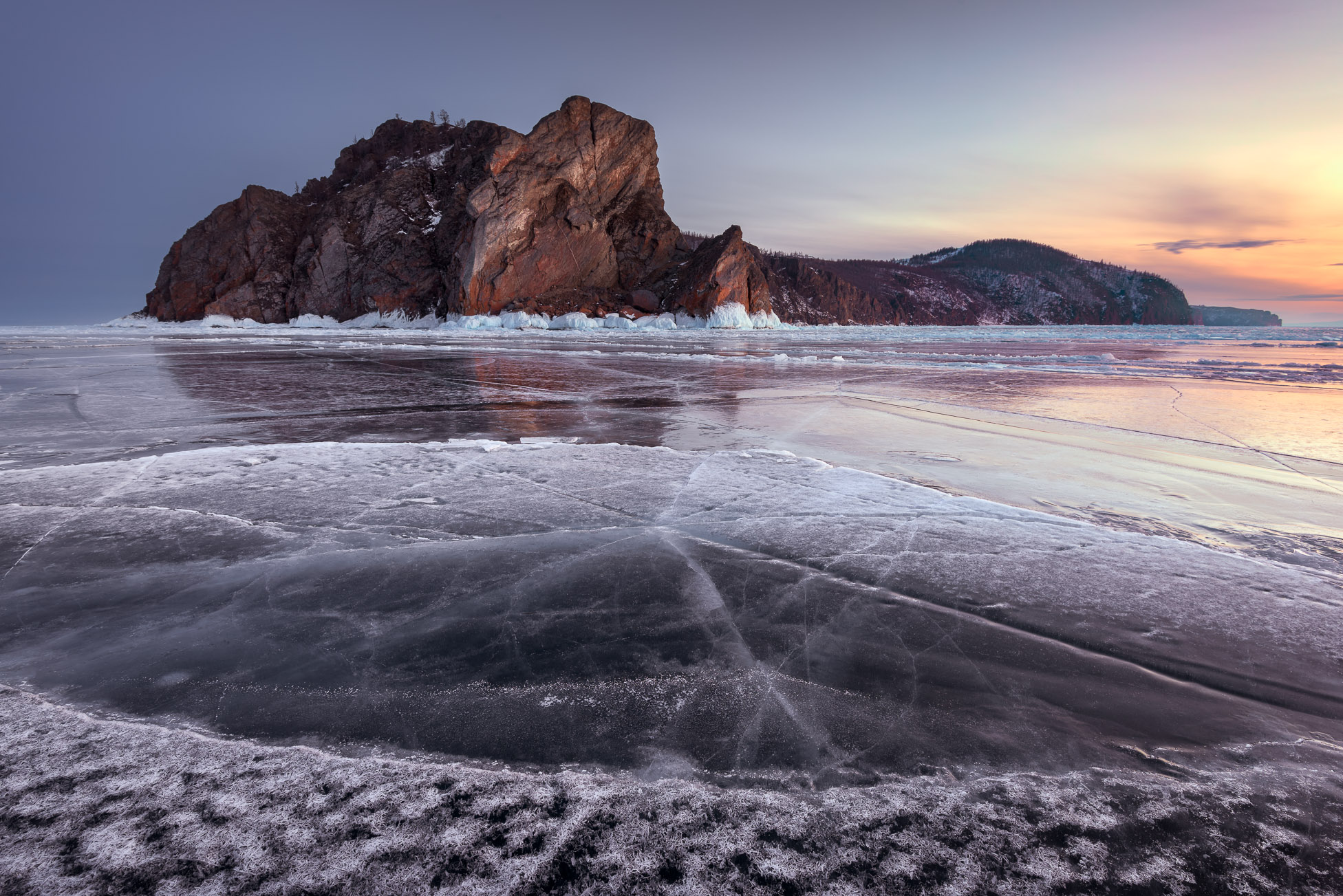 There’s a curious energy here and the lake tends to have a powerful effect on people. It’s known for its volatile weather — a summer day that is almost preternaturally quiet can become a windstorm with little warning. The winds at Baikal have their own names and they are not for the fainthearted.

It’s no wonder, then, that this place has been associated with shamanism for centuries. The Buryats, a subgroup of the Mongols, view Olkhon Island as the most sacred space in the lake. It’s the largest island in the lake and is surrounded by some of the purest water in one of the world’s cleanest lakes. On the western coast of the island is Shamanka, or Shaman’s Rock — it is one of the most sacred spots in Asia and is believed by some to be one of the five global poles of shamanic energy. For centuries, superstitions have surrounded the cave at Shaman’s Rock; healers practice their most important rituals there. But for tourists — and photographers — the cave’s interior remains a mystery. Only shamans are allowed inside.

I made the trip to Baikal in winter. It’s the most treacherous season on the lake, but also the most beautiful. When it freezes, Baikal doesn’t turn white. Instead it turns a deep, glassy blue, streaked with cracks and fissures like inclusions in a gemstone.

I’m no shaman, but there is a mystical kind of beauty to Baikal and Olkhon Island. Catching the last wisps of a pink sunset over the ice, I couldn’t help but feel some of the ancient wonder this place inspires.

This entry was posted in Landscape and tagged Lake Baikal, Russia.