One of the great privileges of my work is that it takes me around the world to far-flung locations that I might never otherwise see. Like a child seeing the world for the first time, I’m frequently wonderstruck by the places that I photograph. Whether natural or man-made, they often leave me awestruck. 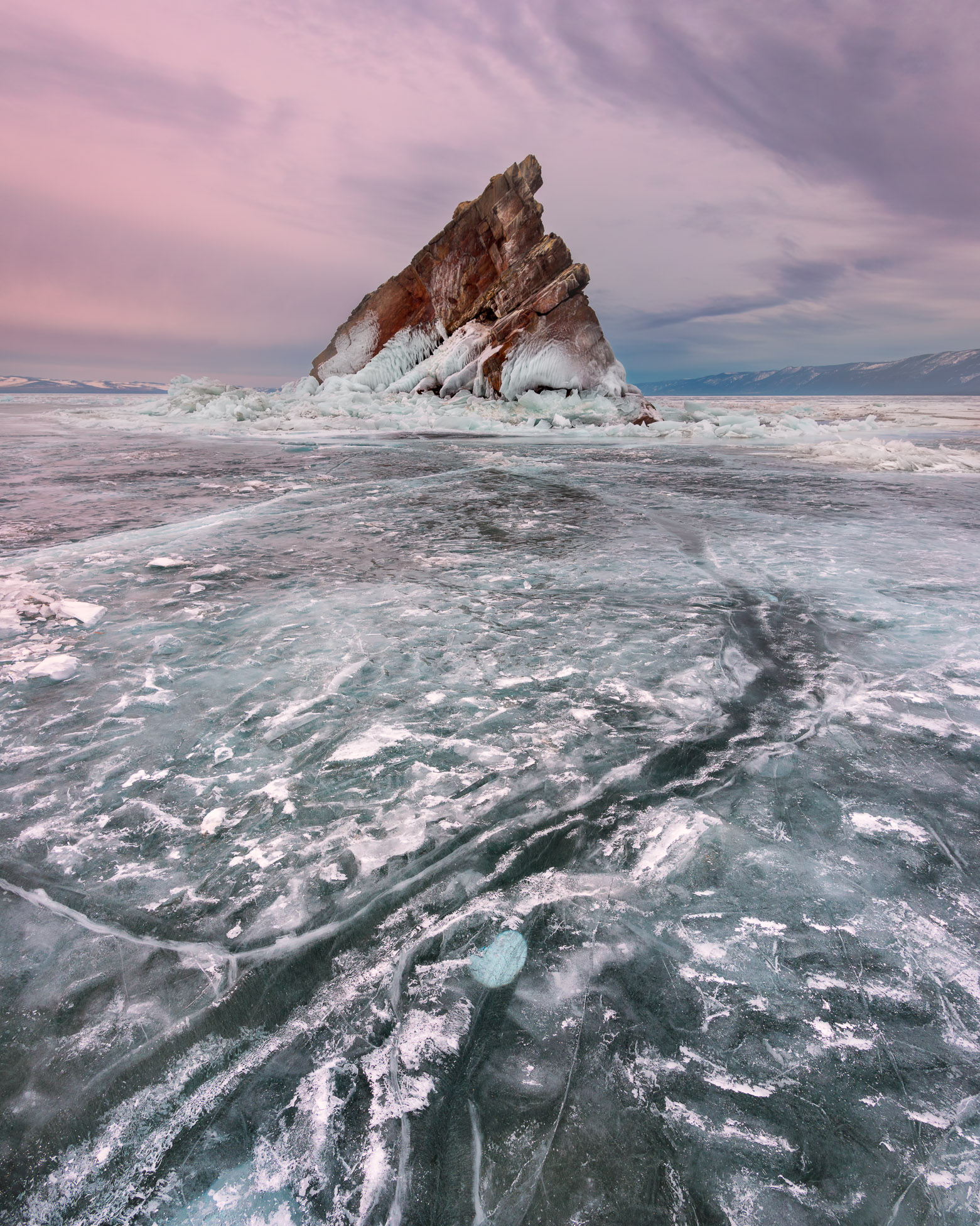 So much of my time is spent in other countries that it can be easy for me to overlook the incredible beauty here at home. Russia is vast — much more than the most intrepid traveler could take in over the course of a lifetime. Most tourists only scratch the surface of Russia with excursions into Moscow and St. Petersburg. They’re beautiful cities, but I am most moved by the natural beauty of Russia, the vast countryside that stretches out beyond the cities and its forests, impenetrable and enigmatic.

Lake Baikal is one of the most evocative places in the country. Like Russia itself, it is vast and ancient, perhaps one of the oldest lakes in the world. An enormous lake formed by the shifting of tectonic plates, Baikal’s blue depths contain roughly one-fifth of the world’s fresh surface water. It’s staggering in its size and depth, and stunning in its beauty.

At any time of year, Lake Baikal is bathed in an unfathomable, mystical aura, but in the winter, the lake is more than that. With the jagged promontory of Isle Elenka looming over the lake’s icy surface, my mind wanders in a more ominous direction. This is a formidable landscape. It is not for the faint-hearted.

Beyond the rift that Isle Elenka tears into the horizon, I imagine White Walkers. There is beauty here, but it is a beauty laced through with a sliver of dread. In this place, it isn’t difficult to imagine the steely-eyed undead coming for me. I am far beyond the relative safety of Westeros and far north of the wall and I can almost hear the White Walkers in the distance.

This entry was posted in Landscape and tagged Lake Baikal, Russia.