Guggenheim Museum in the Evening, Bilbao

I was fortunate to spend the early part of this year traveling in northern Spain, where the city of Bilbao served as my gateway to the country. It’s a fascinating city filled with incredible architecture, and the countryside beyond Bilbao is equally striking. 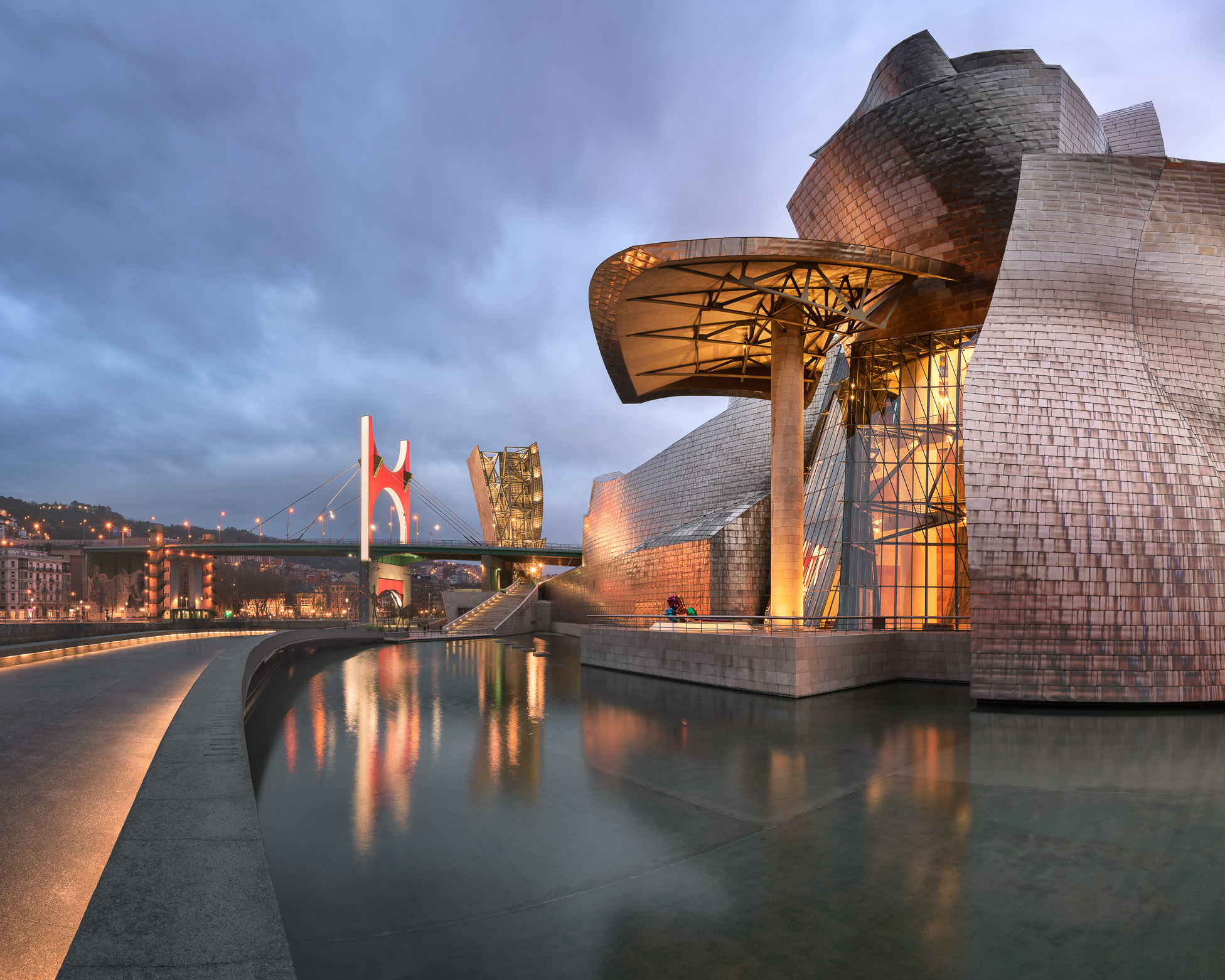 The coastline of northern Spain is as breathtaking as one would imagine — I find the contrast of intricate harsh rock formations against the deep blue of the sea to be especially beautiful. I was enchanted by this rugged edge of Europe and as you’ll see in the coming weeks, it was very much a working holiday for me. I was drawn again and again to the coastline, camera and tripod in hands, and I hope you enjoy my upcoming fine art collection as much as I enjoyed photographing that striking landscape.

Within Bilbao, it was the architecture that most interested me. Once an industrial city, Bilbao transformed itself over the last couple of decades into a sleek, modern city known for its innovative architecture. Principal among the city’s landmarks is the Guggenheim Museum, the work of acclaimed American architect Frank Gehry. With its shimmering titanium coating and soaring lines and curves, the Guggenheim is instantly recognizable, an iconic city landmark.

One of my first photographs of the Guggenheim was in early evening against a slightly overcast sky. I wanted a photograph that captured two of the city’s landmarks — not only the museum but the Salbeko Zubia Bridge as well — with night slowly falling over the city. I think the lights of Bilbao reflected in the facade of the Guggenheim are particularly lovely, and an appropriate way to remember this inventive city.

This entry was posted in City and tagged Basque Country, Bilbao, Spain.