A short drive from Mandalay is the pilgrimage site of Sagaing Hill, one of the country’s religious centers. Though it’s a large city, it’s nothing on the scale of Mandalay, and the landscape here, which is dotted with pagodas and stupas, is serene and contemplative after the hustle and bustle of Mandalay. 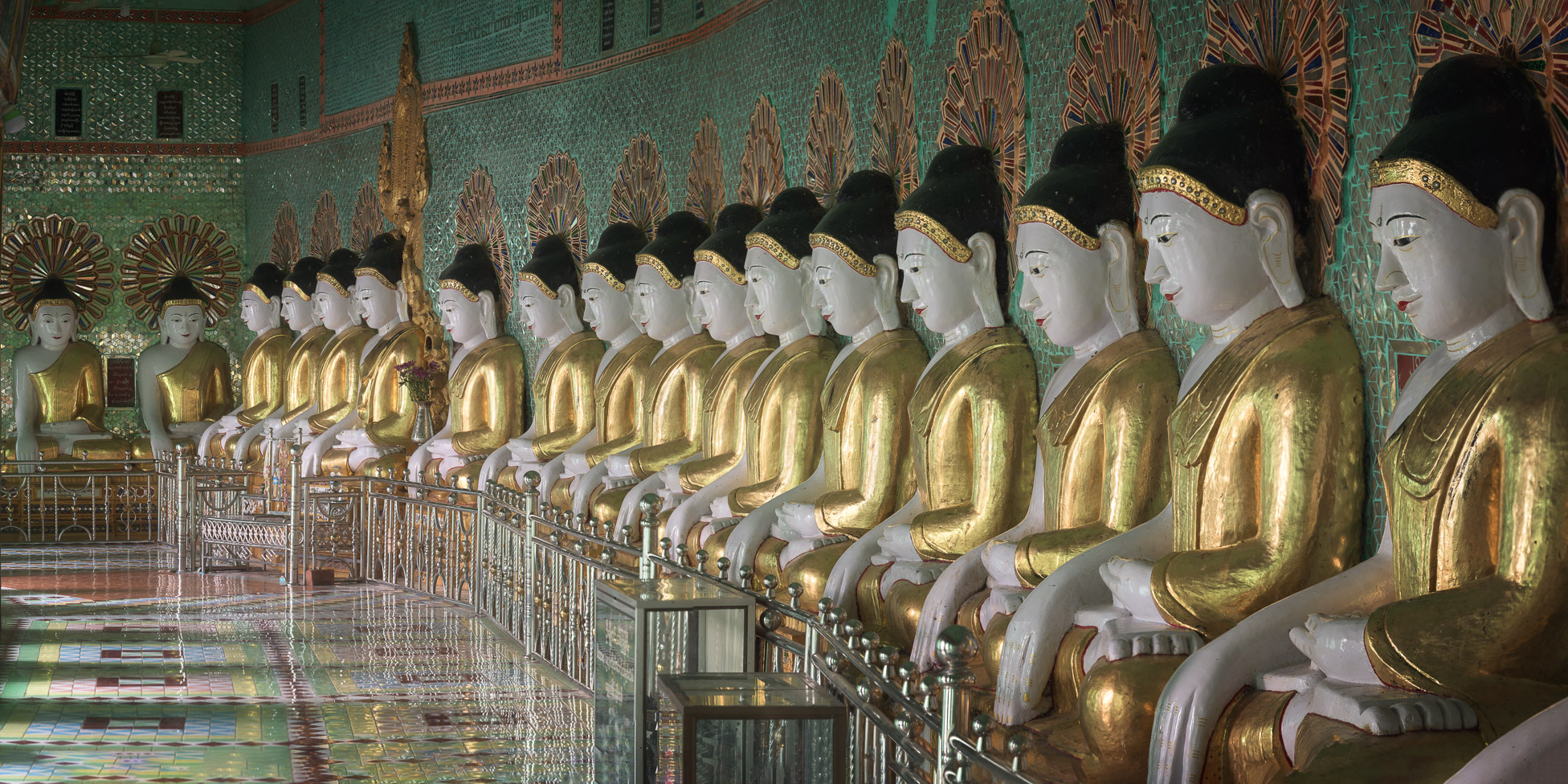 I went to Sagaing Hill early in my trip, but I was intrigued by the city and its history as a center of Buddhist study. Before I left Myanmar, I arranged for three more days at Sagaing. I wanted to wander its winding streets and hillsides unhurried. An ancient faith permeated the city and the feet of thousands of devout followers had walked its streets; I wanted to understand what Sagaing meant to people.

With its lush green hillsides and golden stupas, Sagaing looks a bit like Bagan. More than six hundred monasteries and temples dot the landscape at Sagaing, their gilded domes and spires glittering in the sunlight. It’s a stunning sight, and deeply moving.

One of the more remarkable structures in this landscape of gilded temples is U Min Thonze Caves. Its name is a bit misleading — there are no caves here, but rather, a fascinating temple that is partly built into the hillside. In a landscape of elaborate temples and beautiful interiors, U Min Thonze Caves is perhaps the most special. Its most incredible feature is a crescent-shaped colonnade of forty-five golden Buddhas. At first glance, the outsized Buddhas appear to be identical — the same posture, the same serene expression. A closer look reveals that they are, in fact, all different. Each carefully sculpted face bears a slightly different expression, a nearly imperceptible variation. The forty-five Buddhas represent forty-five years of Buddhist teachings.

The Buddhas present something of an optical illusion and it is difficult to adequately capture the colonnade in a two-dimensional photograph. To capture as many as possible, I took seven vertical shots, each with a different focus, for one panoramic image. It was a difficult shot, but I hope it captures something of the serene beauty of the temple.

This entry was posted in Interior and tagged Myanmar, Sagaing.