Myanmar is a landscape dotted with the gilded spires of temples and monasteries. There are thousands of them — along riverbanks and roadsides and even in the poorest villages. Some are ancient and in states of decay while others are meticulously preserved. But each is a remarkable structure, often incredibly ornate, and imbued with the deep reverence of the country’s people. 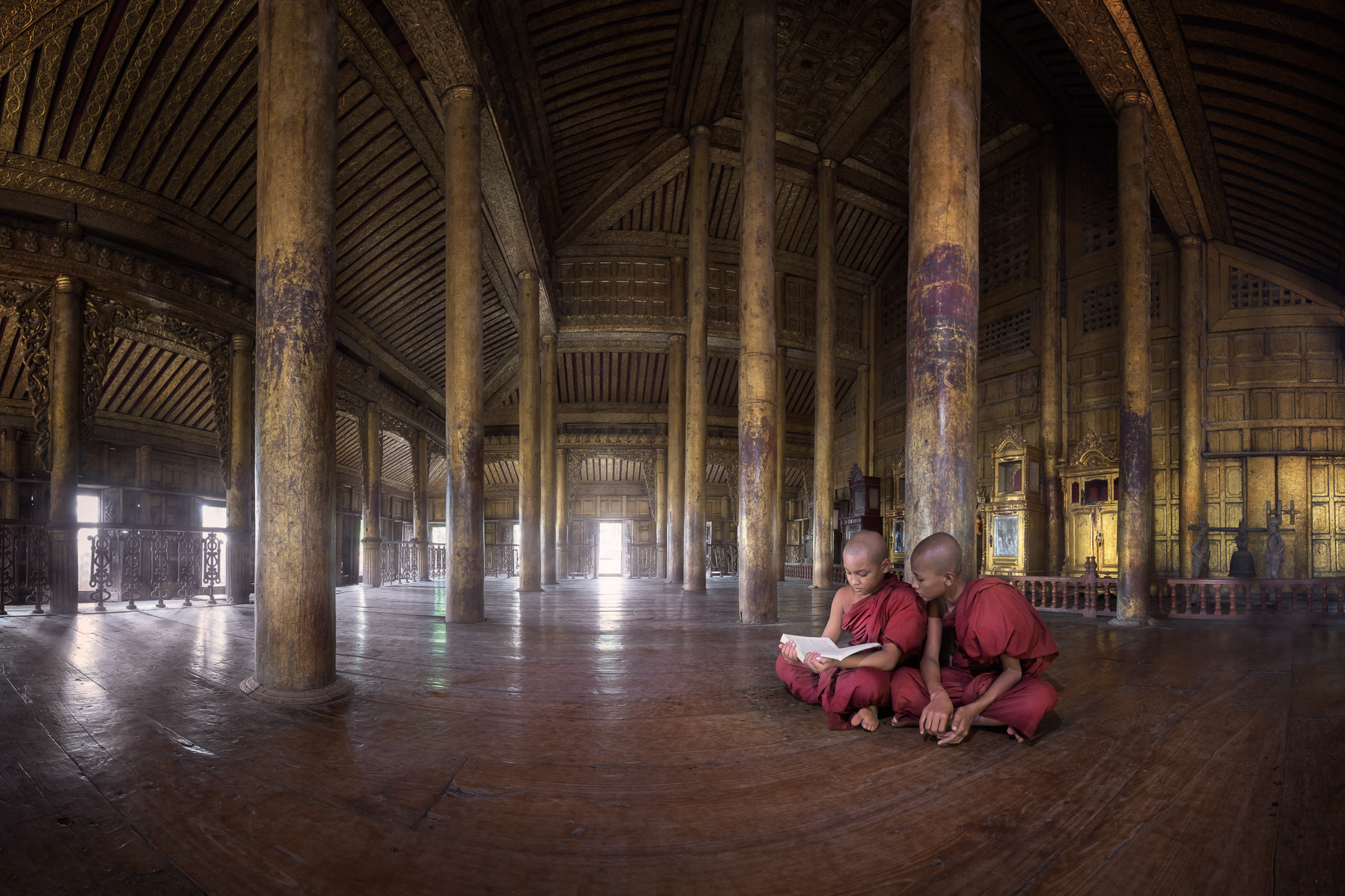 One of the most stunning monasteries in Mandalay is the Shwenandaw Monastery, an intricately carved and ornamented building completed in 1880. Built and carved from teak, the monastery is the only major surviving building from wooden Royal Palace, which was built by King Mindon in the mid-1800s. King Mindon died in the monastery (where his meditation cushion still sits), and his son and successor, King Thibaw, became convinced that his father’s spirit haunted the building. Unable to meditate in the building, Thibaw had the building disassembled and relocated outside the royal fortress. The meticulous reassembling of the monastery was completed in 1880, two years after Mindon’s death.

Many years later, during World War II, much of the Royal Palace was destroyed in bombing raids. Shwenandaw Monastery is the only major survivor of the palace complex. It remains today largely as it was when it was completed — fragile but imposing, with Buddhist myths meticulously carved into teak wood and stories of the Buddha’s past lives cast in gilt panels. The building’s intricately carved roof is held aloft by numerous columns, each one formed from the trunk of a single teak tree.

On the day that I discovered the Shwenandaw Monastery, I left my shoes at the door and walked silently inside. There, at the base of one of the monastery’s mighty columns, I found two novice monks reading the ancient texts of their faith. They were surrounded by beauty and the emblems of their ancient beliefs, and untroubled by ghosts of any kind.

This entry was posted in Interior and tagged Mandalay, Myanmar.