During my wanderings through Sagaing, I found the Sitagu International Buddhist Academy. Located at the base of Sagaing Hill, the temple is a visually stunning place, and very different than Myanmar’s other temples. In a landscape of conical, needle-like stupas, the broad golden dome of the Academy is difficult not to miss. And compared to its centuries-old counterparts, the Academy is a relative newcomer; it was only built in 1994. 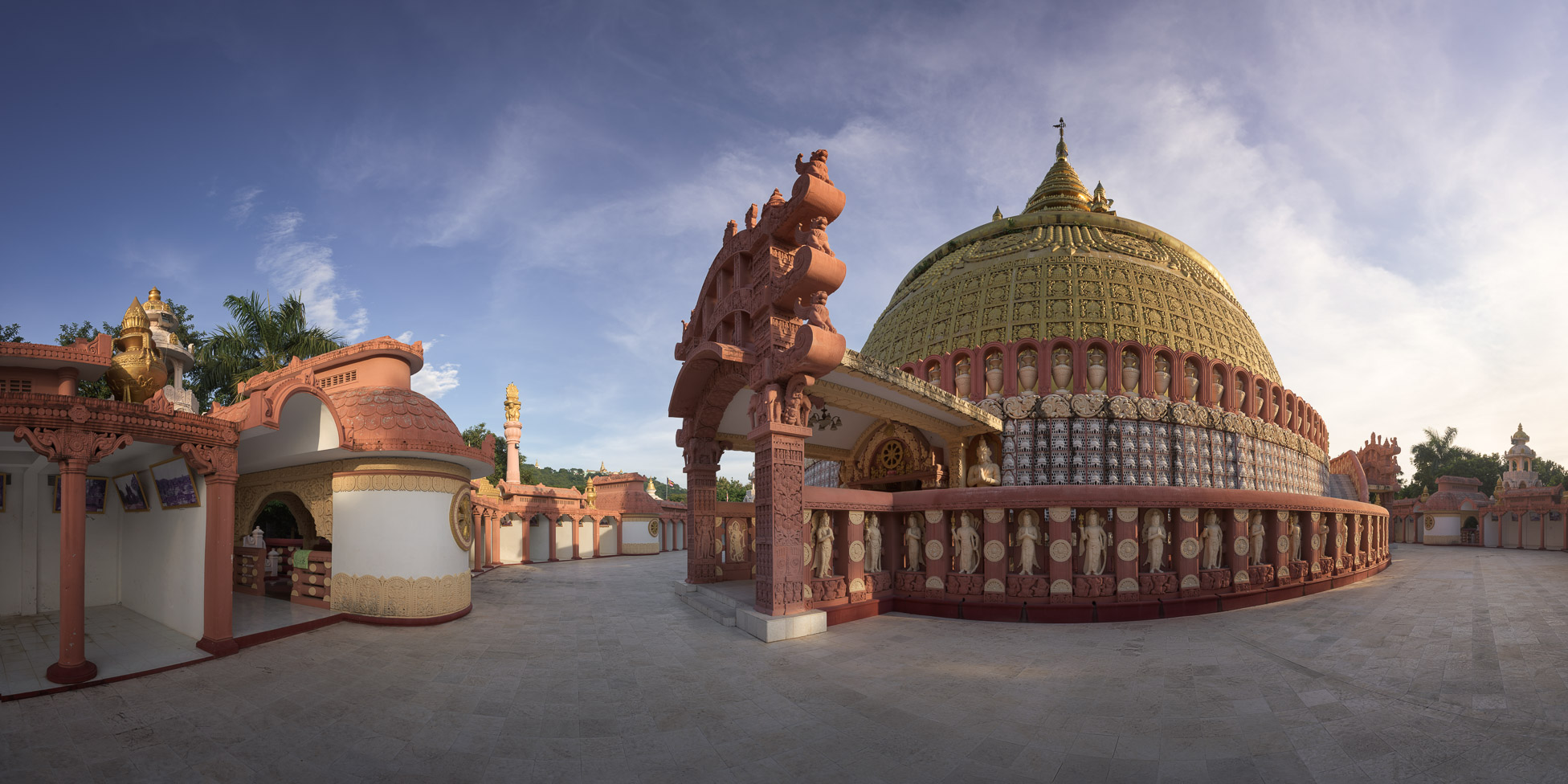 Buddhism is an integral part of life in Myanmar, and education is an integral part of the faith. Most adolescent boys will spend at least part of their lives in a monastery, praying and studying Buddhist teachings. In Sagaing, long an important Buddhist center, monks and nuns from across Myanmar come to study the ancient texts. In one of the most profoundly religious countries in the world, Sagaing is perhaps its most devout city.

The Academy was founded by Sayadaw Ashin Nyanissara in 1994 to train the brightest Buddhist monks. Since that time, thousands of seekers have come through its terra cotta entryway in search of knowledge. Inside the temple, there are images of Buddhism’s sacred sites, as well as a collection of hundreds of Buddhas from around the world.

I was lucky enough to wander into the temple on a day when there weren’t many people there. I had the great, gilded dome and its courtyard to myself. Feeling the serenity that thousands before me had experienced, I took my photographs then continued on my walk. I had my own seeking to do.

This entry was posted in City and tagged Myanmar, Sagaing.