View of Zurich from Lindenhoff Hill

While I found Zurich enchanting by either early morning light or in the faint shadows of early evening, on this day I chose to photograph the city in midday. I chose to set up my tripod on Lindenhof Hill, the famous point that overlooks the city. 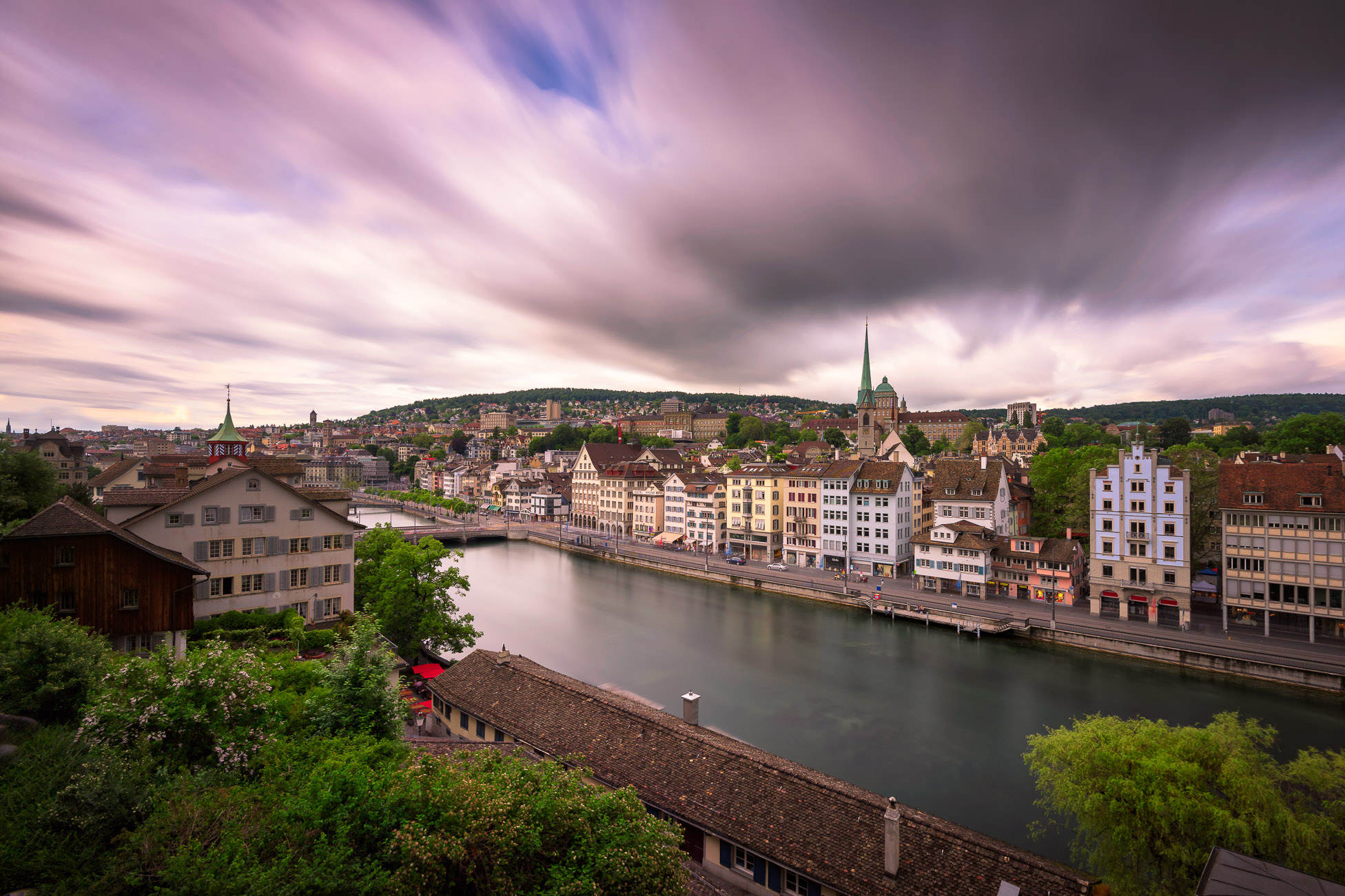 Lindenhof has been the site of a Roman fort and palaces built by a grandson of Charlemagne, but now it is one of the city’s most popular spots. It offers one of the best views of the city and is almost always crowded with people — locals and tourists alike — enjoying Zurich from its best vantage point.

Although it was midday, the weather was overcast and heavy, lavender-gray clouds hung low over the city. They made a dramatic backdrop for the city skyline. I wanted to make the most of the dramatic sky, so I decided to use a very long exposure of about 250 seconds. To get the shot, I used a 15-stop neutral density, allowing 32,000 times less light into my lens. With such a long exposure, the hustle of a city at midday is barely noticeable; instead, it’s still and ethereal. The river is mirror-like and the clouds are blurry and evocative.