After spending several days in Zurich, it’s a bit strange to me that it doesn’t get the attention of other European cities. 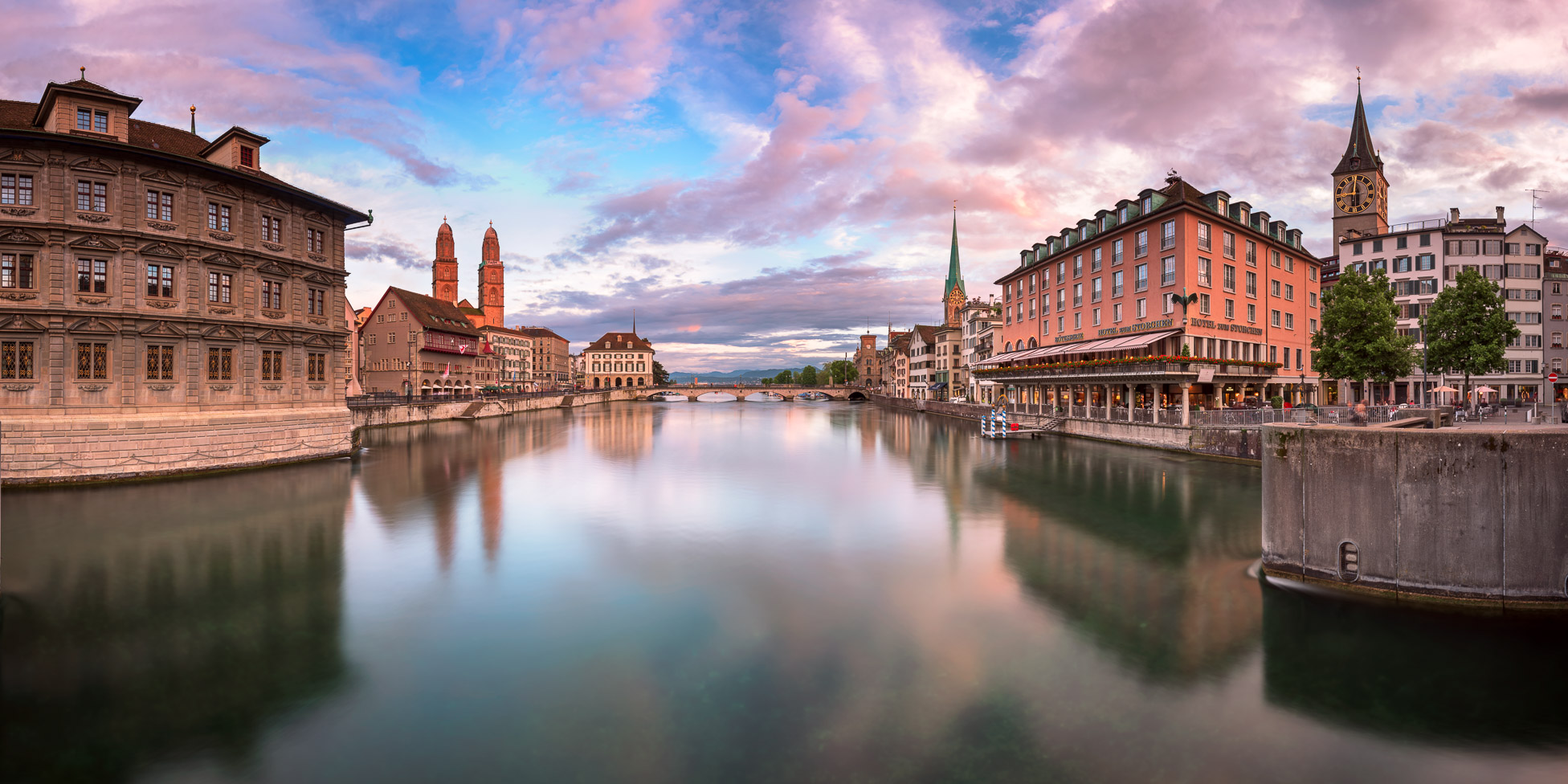 It’s Paris, London, and Barcelona that the tourists flock to. Even in Switzerland, Zurich is often unfavorably compared to Geneva, Lucerne, and Lugano. Perhaps it’s because of Zurich’s role as the country’s business and financial center; there is no mistaking the city’s buttoned-down, serious vibe. But I found the city to be lovely and was charmed by it immediately.

After photographing some of the city’s most recognizable landmarks, I decided to return on another evening and take a panoramic shot of Zurich at dusk, when clouds and the fading daylight made for a particularly lovely light. In my research on Zurich, I’d found few panoramic shots from the river, which is an especially beautiful view of the city.

I wanted to capture this beautiful city and its landmarks in one photograph, and frame it in such a way that it’s those landmarks that viewers notice, rather than the sky or the river. I wanted the verdigris spire of Fraumunster and the iconic double towers of Grossmunster to be the focal point of the photograph. To capture this view, I used a 5-stop ND filter to achieve a long exposure so that the river would be smoothed, focusing the viewer’s attention on the skyline. I am happy with the results of my experimentation, and I think viewers can see why I find Zurich so charming.