Fraumunster Church in the Morning, Zurich

After photographing Fraumunster Church by twilight the day before, I decided to go back and photograph it again in early morning light, before the city awoke and the tourists descended. 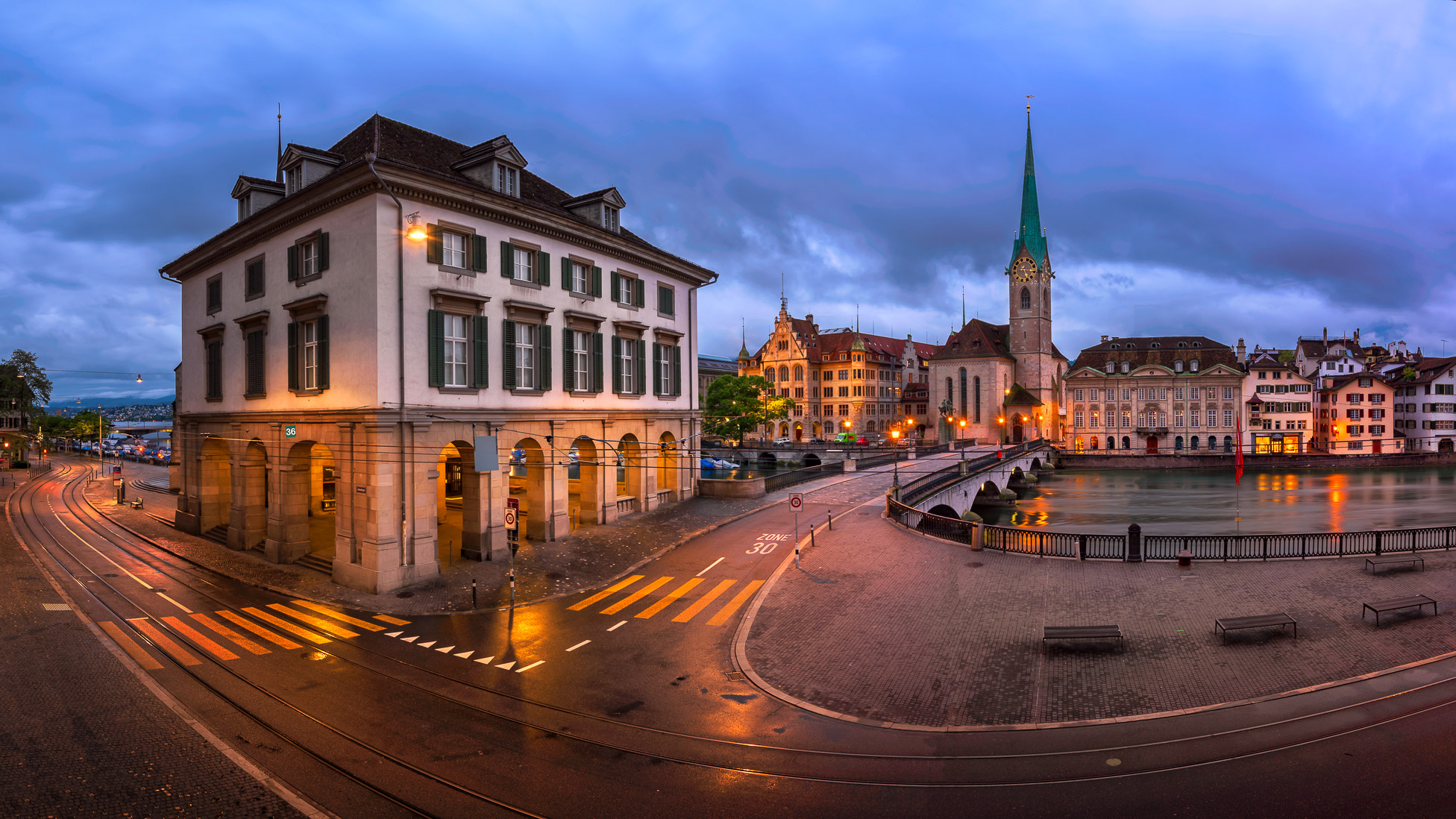 It’s difficult not to be impressed by the lovely church, its spire instantly recognizable over Munsterhof Square, a lovely public space built improbably on the site of a pig market.

Aside from its blue-green spire, it’s the windows of Fraumunster that capture you; long, thin panels by Marc Chagall, each done in a predominant color. A person can’t help but be awed standing underneath those windows, bathed in blue light created by the hands of Chagall.

I woke early, while the city was still dark, and while most of Zurich still slept, I carried my equipment along the Limmat. The sun was beginning to break by the time I reached the Helmhaus and began to set up for the shot. For this one, I wanted a wide shot with the Helmhaus in the foreground and the lovely, green-spired Fraumunster in the background. Shooting from a slightly elevated position, I used a panoramic technique to capture the old city from this vantage point. In the faint light of a new day, the church was particularly charming.