Salzburg in the Evening, Austria

Artists often have complicated relationships with their birthplaces. James Joyce was conflicted in his feelings about Dublin and left the city, although he could never entirely cut the chords that bound him to it. William Faulkner was a keen-eyed critic of life in Mississippi, but seemed unable to write about any other place. Following their deaths, both men were embraced by the birthplaces that they could never quite reconcile themselves to. 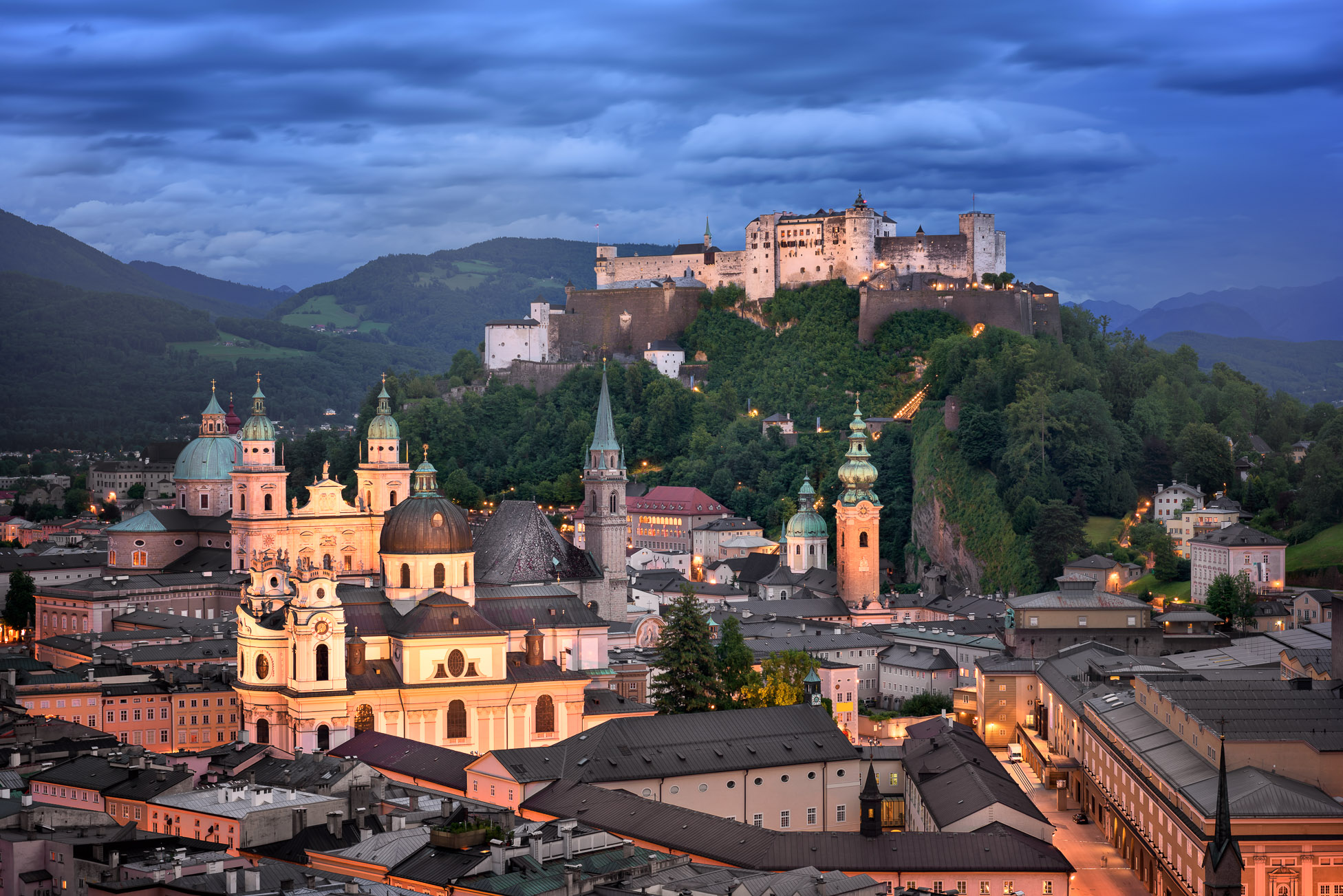 And then there is Salzburg. It’s a lovely city, nestled between hills, tailor-made for a photographer’s work. It is also the birthplace of Mozart, an artist intimately associated with the place of his birth. If you ask most people what they know of Salzburg, most will tell you it was the home of the composer. Walking through the city’s ancient streets today, I almost expect to see Mozart when I round a corner. The city is permeated with his presence.

Tourists come to Salzburg by the busload to see the small apartment where Mozart was born and the larger residence — both now museums — that the family moved into when Mozart was a teenager. Salzburg, understandably, has commercialized its connection to the composer. But Mozart, especially in his youth, couldn’t wait to leave the city and felt stifled within its confines. He chafed in his role as court musician to the Archbishop and even as young man knew that he was meant for bigger things.

Walking through the streets of Salzburg on a cloudy early evening, I think of the weight of history and place. I think of the ambitions of a young man who wanted to escape the city of his birth but who has been embraced as a cherished native son. As I frame my shot of his birthplace, I wonder what the composer would think of the museums that occupy his former homes and the tourists arriving there daily. Perhaps he’s made his peace with Salzburg, I think as I photograph the city in the blue slivers of early evening.

This entry was posted in City and tagged Austria, Salzburg.