As I often do, I set up my tripod in the early hours of morning outside Saint Mary Basilica. Located in a busy pedestrianized area, there were almost always people strolling in front of the basilica, and I wanted to capture it with no people. I wanted the focus solely on the building, one of the city’s most beautiful. 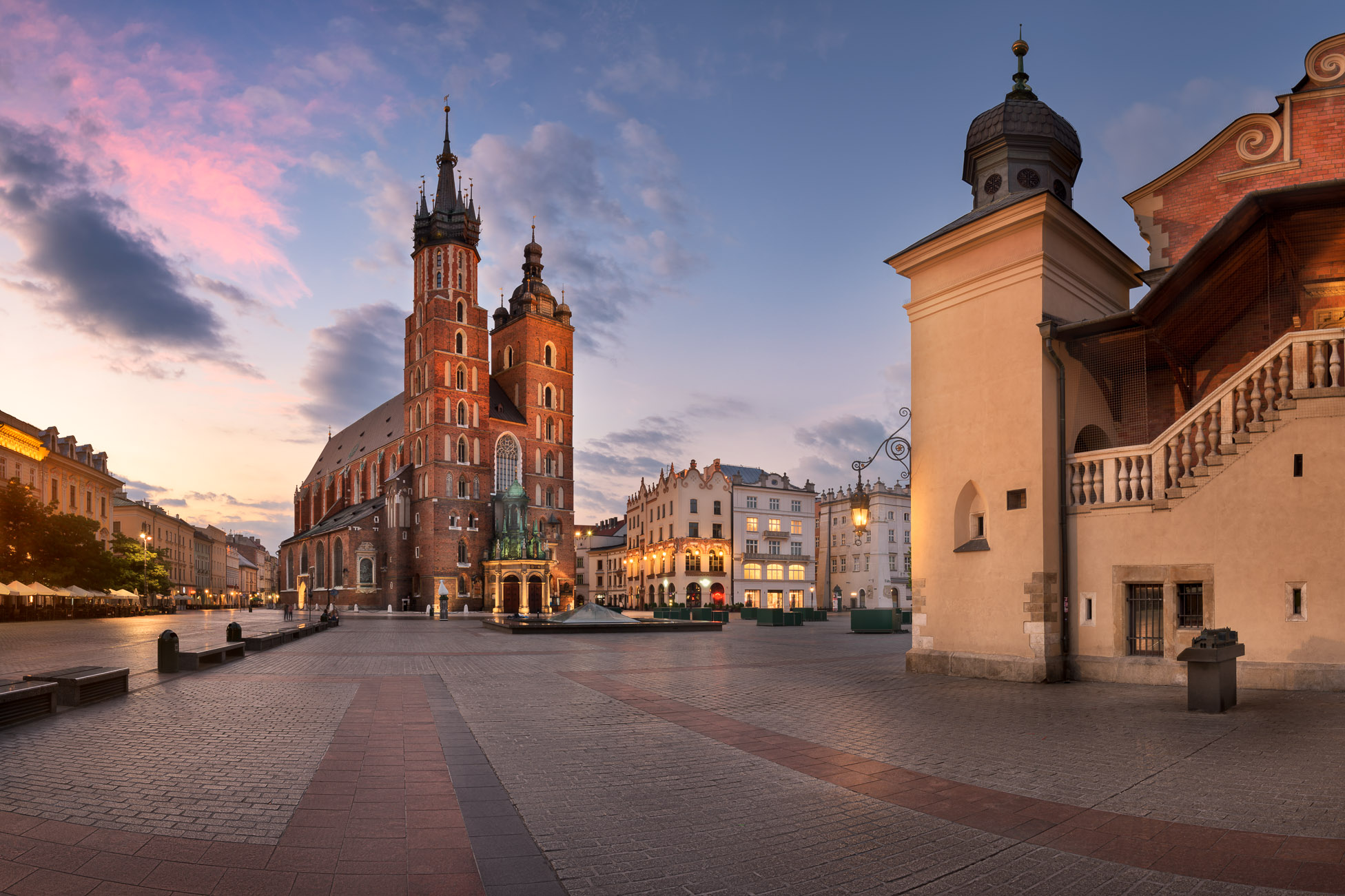 I found a place to sit to try to wait out the last of previous night’s bar-goers. As I waited, my mind wandered to the city and its history. Krakow survived World War intact, so it isn’t hard to be distracted by the city’s long history. The Saint Mary Basilica, built nearly a thousand years ago, has stood witness to much of that history.

There are plenty of rulers who earn the appellation “great.” In most cases, the title is earned in warfare; “greatness” is often conferred in direct proportion to a ruler’s prowess on the battlefield. In Casimir’s case, however, the title was bestowed in an acknowledgement of his many peacetime accomplishments. Casimir inherited a badly weakened kingdom and rebuilt it, strengthening the economy and reorganizing the legal system. He built castles throughout the kingdom and founded the University of Krakow, in addition to rebuilding the basilica. Remarkably, for his time, Casimir ensured the rights of Jews and encouraged persecuted Jews throughout Europe to settle in Poland as “people of the king.” As a result of Casimir’s policies, Poland had one of Europe’s largest Jewish populations until World War II.

As the night’s last revelers made their way home and I readied my camera for the shot, I thought of legacies. I thought of the actions of a good man — a great man — and the long reach of history.

This entry was posted in City and tagged Krakow, Poland.