Saint Peter’s Cathedral and Rome Skyline in the Morning

Saint Peter’s Cathedral is without a doubt one of the most well known landmarks of the Catholic church. One little secret about St. Peter is how it was funded, at least partially. 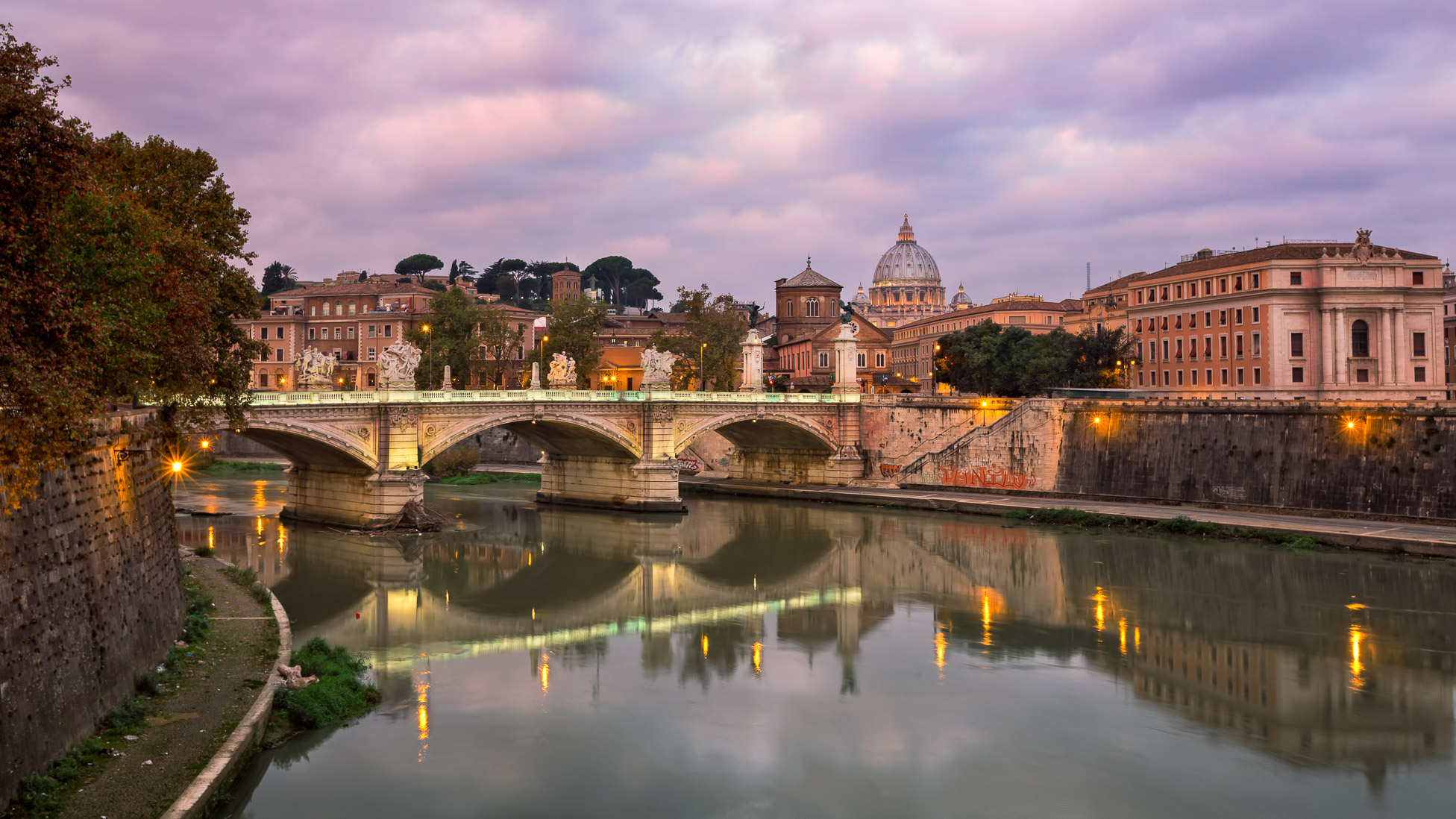 Saint Peter’s Cathedral, or a form of it, has stood on these grounds since the fourth century AD. However for a good while the church was left neglected into a state of disrepair.

At some point the powers at be decided Saint Peter’s Cathedral needed to be completely rebuilt. Building such a structure as a Cathedral is not cheap, so the Catholic church needed to do some fundraising. At this time the Catholic church sold indulgences. The donation to the church supposedly was cancelled out by the contributions. As many of you probably know this is one of the major complaints in The 95 These from Martin Luther who would lead the way of the reformation. The fundraising efforts which used indulgences did help build this magnificent cathedral.

Honestly, I almost accidentally stumbled upon this view after capturing panorama of the Sant’Angelo Bridge earlier in the morning. I moved onto the bridge after taking the shot only to find this fascinating view ahead of me. Of course I could not resist the opportunity to capture the Rome Skyline in all its morning glory. The light was at its best and I lucked out to get one more fantastic photo on this morning!