Castel Sant’Angelo in the Morning, Rome

The Mausoleum of Hadrian, now known as Castel Sant’Angelo, housed the remains of the Roman Emperor Hadrian and his family. Unfortunately, when the castle was converted into a fort, the remains were scattered and building looted. We can only imagine the splendor of the decor and visiting the remains of the emperor. 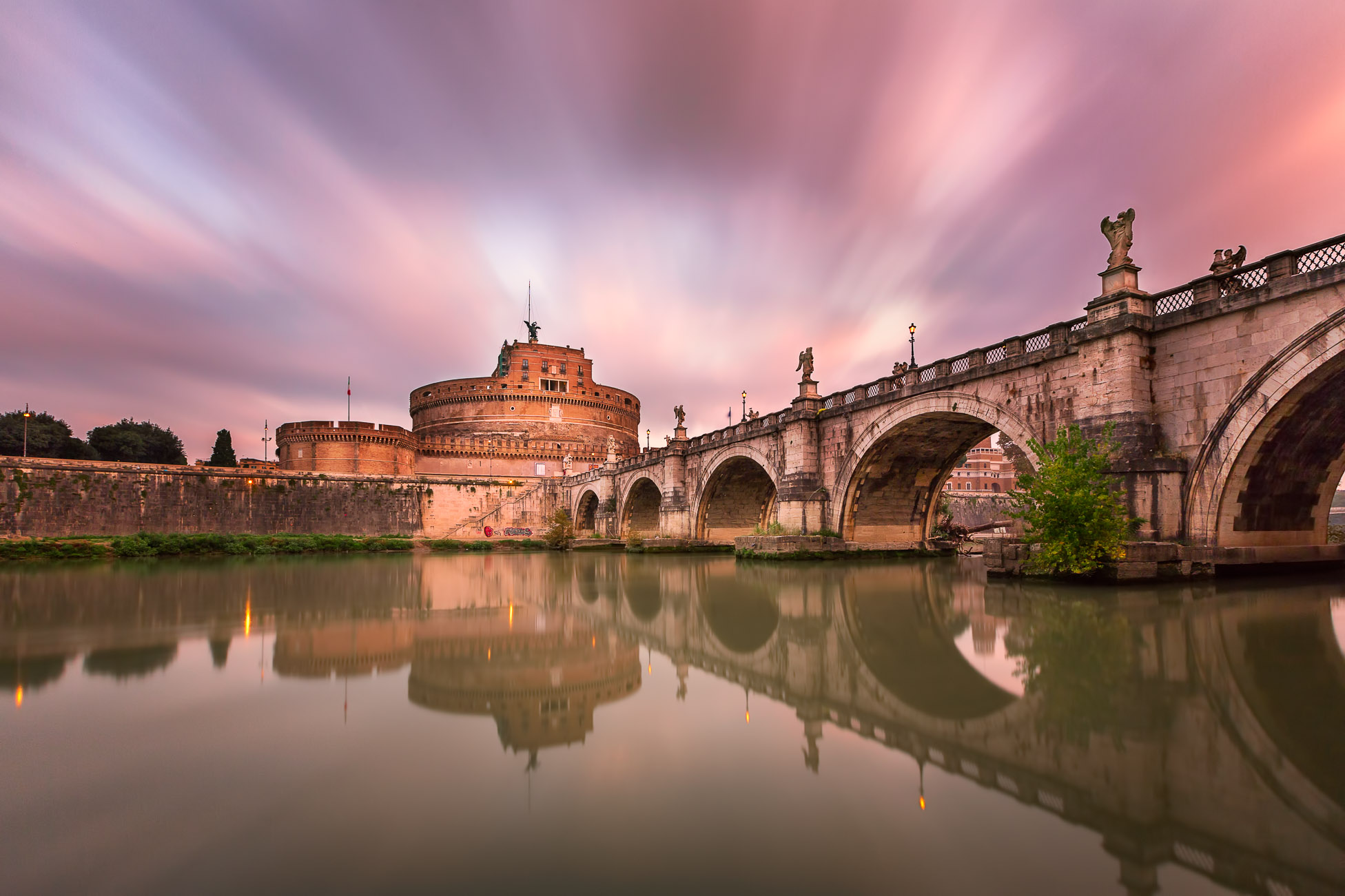 As the plague rolled in during the dark ages, it is said Archangel Michael appeared atop the mausoleum sheathing his sword. Many saw this as a sign of the end of the plague of 590 AD. The rumor was prevalent enough for the powers at be to rename the Castel Sant’Angelo. Other rumors propose the supposed angel was actually a statue as recorded by a traveler 1000 years later. Miracle or art, we’ll never know.

I spotted no angels on this shoot, but the morning and sunrise light were still good after my initials shots of the Saint Peter’s Cathedral and Ponte Sant’Angelo. In a way, good light always seems like a miracle to a photographer!

It was starting to get bright out, but for some reason the lanterns and other artificial lights were still glowing. The lanterns offered some extra light to play with in my photo. Achieving long exposure in such a bright scene required me to put on my 10-stop neutral density filter.

To setup the scene I took the classic view from the embankment capturing the Castel Sant’Angelo and Ponte Sant’Angelo reflecting in the Tiber water. The wind did me a favor by pointing the cloud strikes to the castle creating a natural visual trail towards the main subject of this photo. All in all I was pleased with the results.