Panorama of Ponte Sant’Angelo in the Morning, Rome

Rome is often unspeakably enchanting you almost can forget the way it shook history, often in barbaric ways. With all the innovation and beauty Rome left behind, there also remains a dark history. 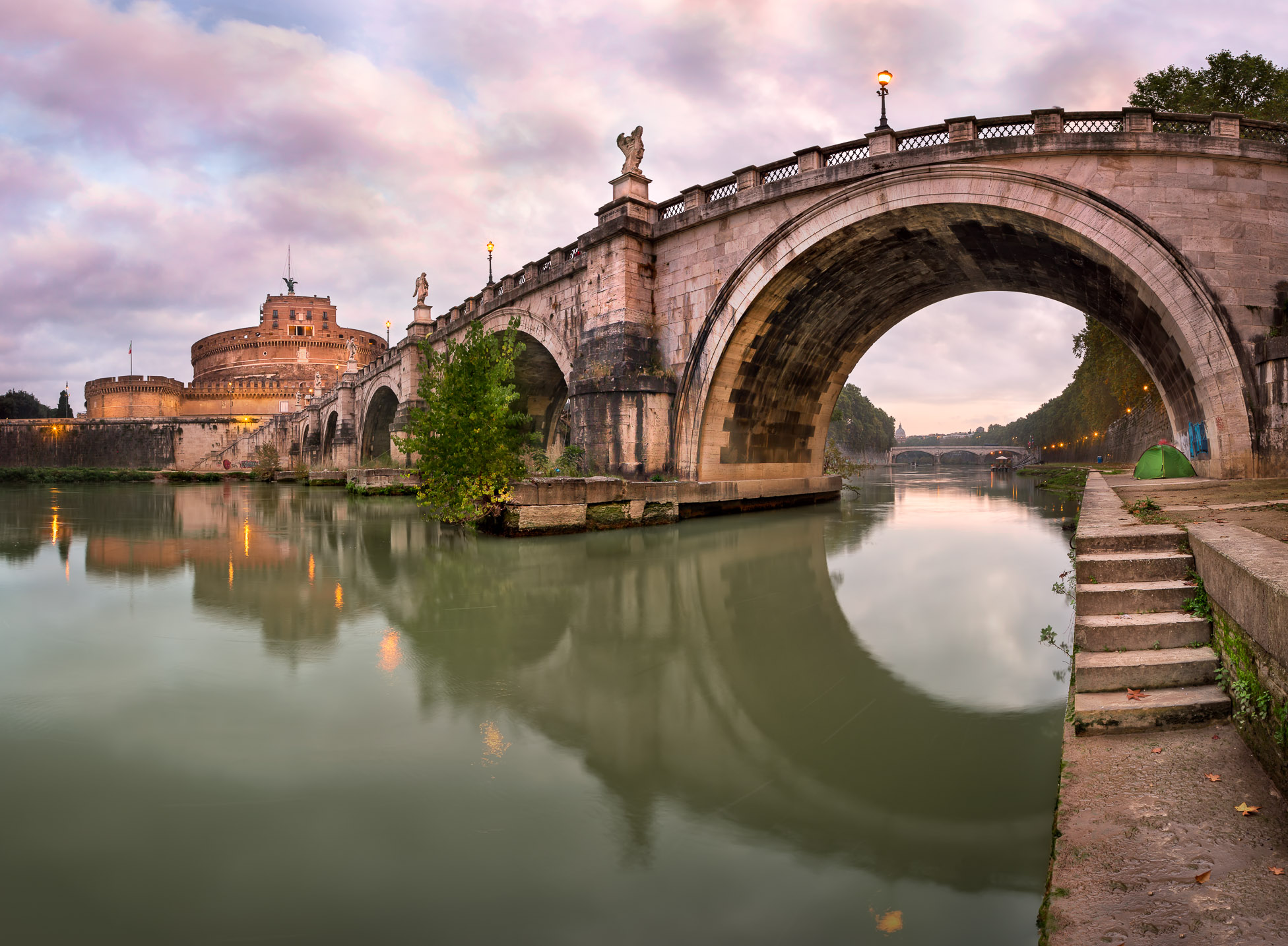 The beauty of the Ponte Sant’Angelo is certainly not an exception to one of the most well-known relics of Rome. This bridge stands nearly 2000 years old, it was constructed in 134 AD, and one can only begin to fathom the history it has seen. As a visual person one striking part of the bridge’s history is after the 16th century for hundreds of years it would be used to expose the body of those executed in the nearby Piazza di Ponte. If you believe in ghosts, this bridge may be a good place to find one.

This bridge is almost mythically photogenic in the photography world. I had studied many photos of this scene in anticipation of getting my chance to shoot the bridge when visiting Rome. However when I arrived something felt distinctively different about the scene.

I arrived before dawn to feel the essence of this place. I had the luxury of exploring the space on my own since no one else had arrived so early. I got so caught up in exploration I nearly missed the best morning light.

It is always a challenge to capture a unique perspective of landmarks that have been photographed so often. Most photos I had seen only included the bridge and the castle. I decided to take a different view by going lower to include the embankment of the Tiber in my panoramic shoot. Luckily the sky and the light agreed with me this morning resulting in a stunning photograph of Ponte Sant’Angelo and Castel Sant’Angelo.