Rain is rare in Malta. For most of the year, the archipelago is a cloudless, sunny idyll for vacationers. But since I like to photograph public spaces before they fill with people, I woke early morning and walked to Saint George Square. Valletta wasn’t awake yet, and I had the square to myself. It rained during the night, leaving the square largely a mirror of the surrounding architecture. 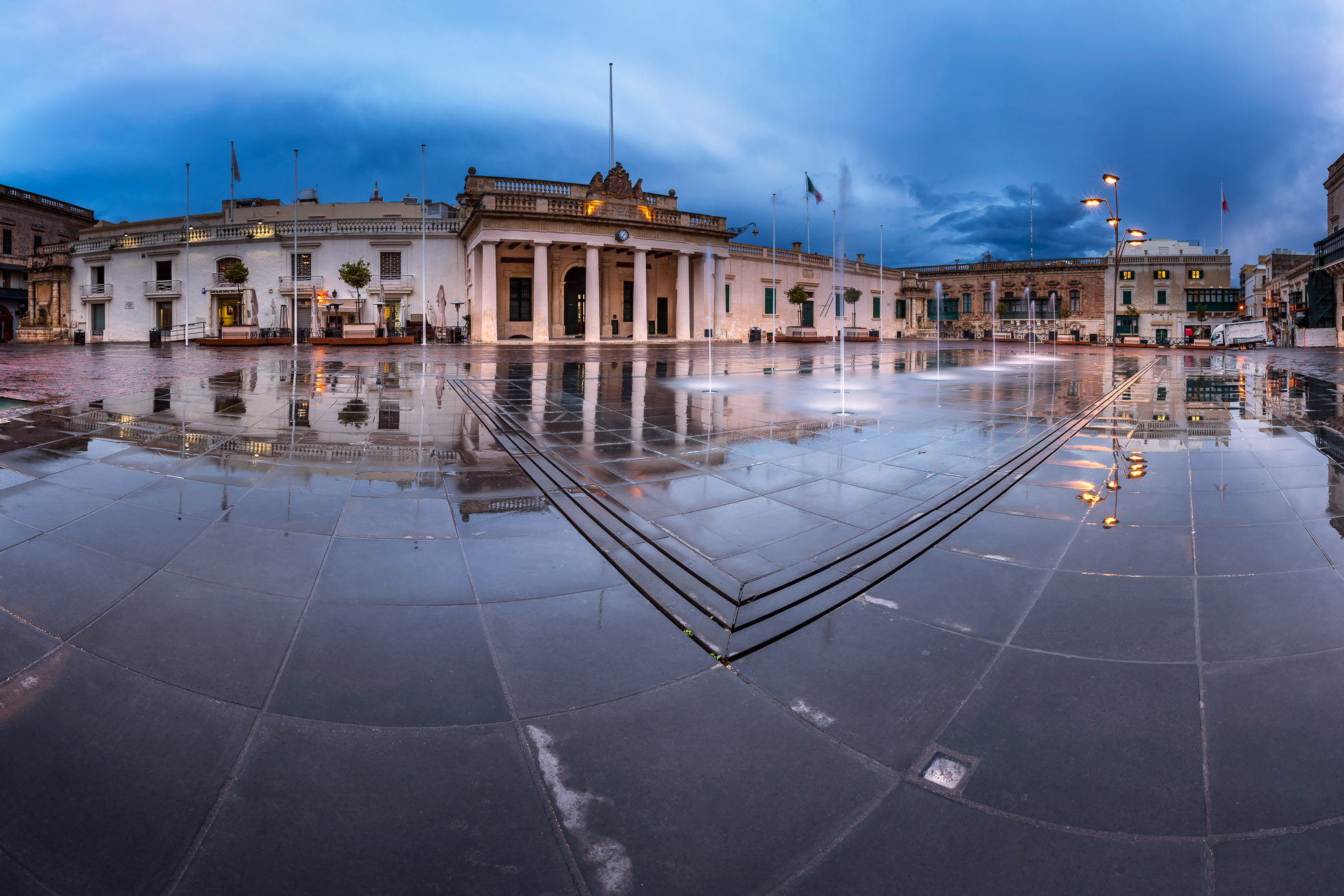 It’s difficult to imagine now, but the lovely square was once used as a car park for members of the House of Representatives. But fortunately, someone realized that this square, at the very center of Valletta, had a nobler calling. These days, it’s adorned with a fountain whose jets of water are in time with classical music. When the sun is up, children will dart in and about those streams of water as sunlight dances off their hair.

It’s such a rarity to see Valletta drenched in rain that I decided to try and capture the Grand Masters Palace reflected in the tiles of Saint George Square. To do this, I had to lower my tripod nearly to ground level. Then I used a panoramic technique to try and exaggerate the feeling of the place, the wide open square devoid of people. At this hour of the day, the square couldn’t be lovelier.

This entry was posted in City and tagged Malta, Valletta.