Valletta in the Morning, Malta

Though the Knights Templar may be the more famous, the St. John’s Knights, or the Knights Hospitaller, were an equally formidable military order. 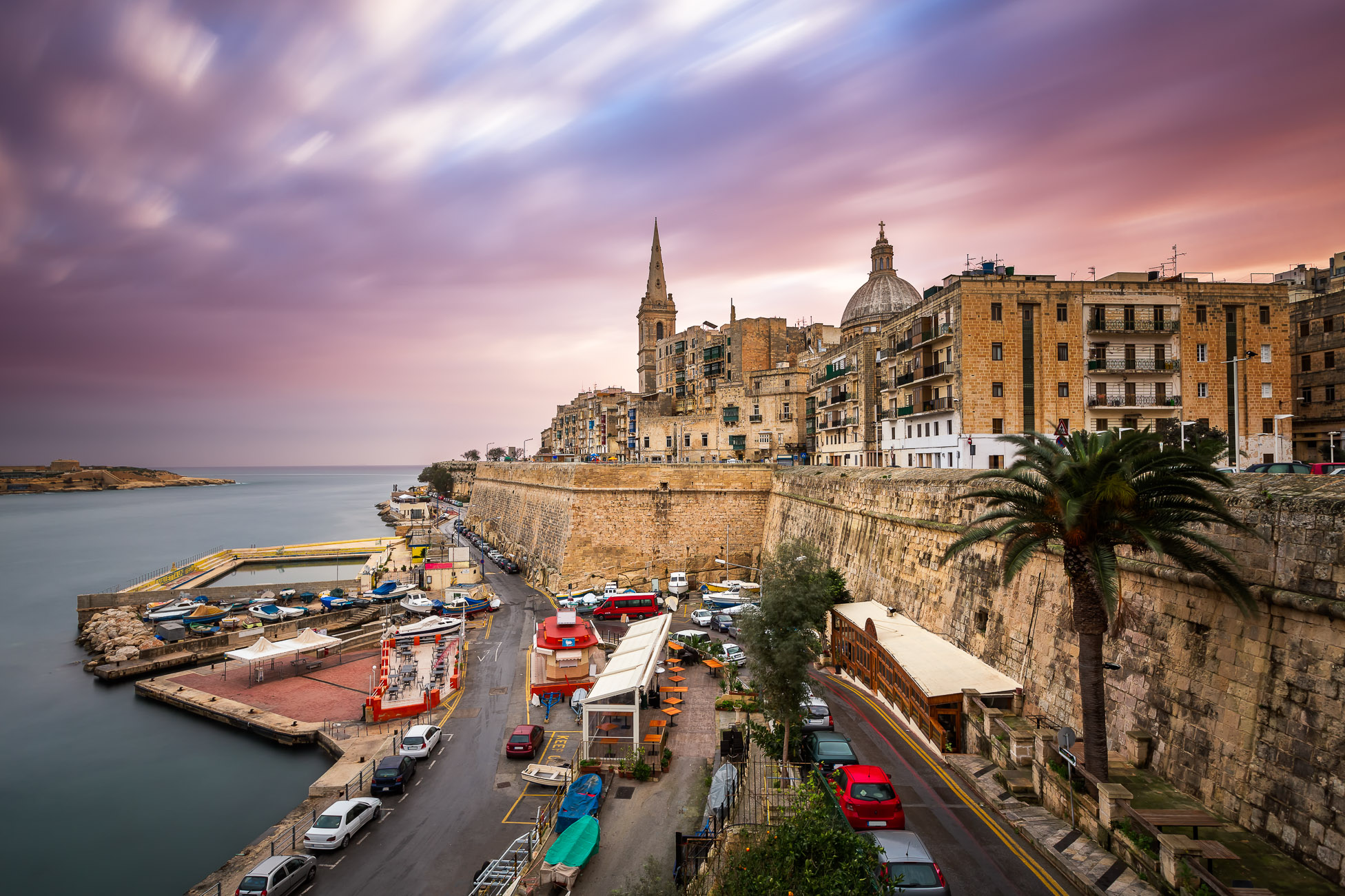 Originally formed to treat the wounded and infirm, the Knights became an order of warrior-monks, and spent much of their early history fighting the anti-christian forces in Jerusalem and Holy Land. Among the Knights Hospitaller, Jean de Valette, Grand Master, soon emerged as a stalwart defender of Christianity, defeating Ottoman forces in the Great Siege of Malta in 1565.

As a result of that victory, de Valette became a beloved figure in Europe, and was offered the position of cardinal. He refused the offer, ostensibly because of both his modesty and his desire to be free from the papacy. Instead, he began the construction of a new city in 1566, reportedly laying the first stone himself. The new city was to be called Valletta and was located near Mount Sciberas, where much of the Ottoman army fought and died. De Valette would never live to see the completion of the city that bears his name, however; he suffered a stroke and died in 1568. The warrior remains here, entombed in a sarcophagus in St. John’s Co-Cathedral in the city he founded.

I wanted to see the city as de Valette and his Crusaders would have seen it, the ancient stronghold they held for nearly three hundred years. I woke early one morning, intending to see Valletta before the modern city came to life. The sun was breaking over dense clouds, and the effect was striking. Even at this hour, it was impossible to capture the city without cars and other evidence of modern life, but I felt that with the clouds forming an ethereal backdrop for its ancient architecture, Valletta must look for me much the way it appeared when it was a Crusader stronghold.

This entry was posted in City and tagged Malta, Valletta.