Acropolis in the Morning, Athens

Visiting Greece was a dream — what traveler hasn’t imagined walking along ancient streets in the shadows of Olympian Gods? When I planned the trip to Greece, Athens was the first stop on my itinerary; I could hardly wait to see one of the oldest continuously inhabited cities in the world and the birthplace of democracy and philosophy. 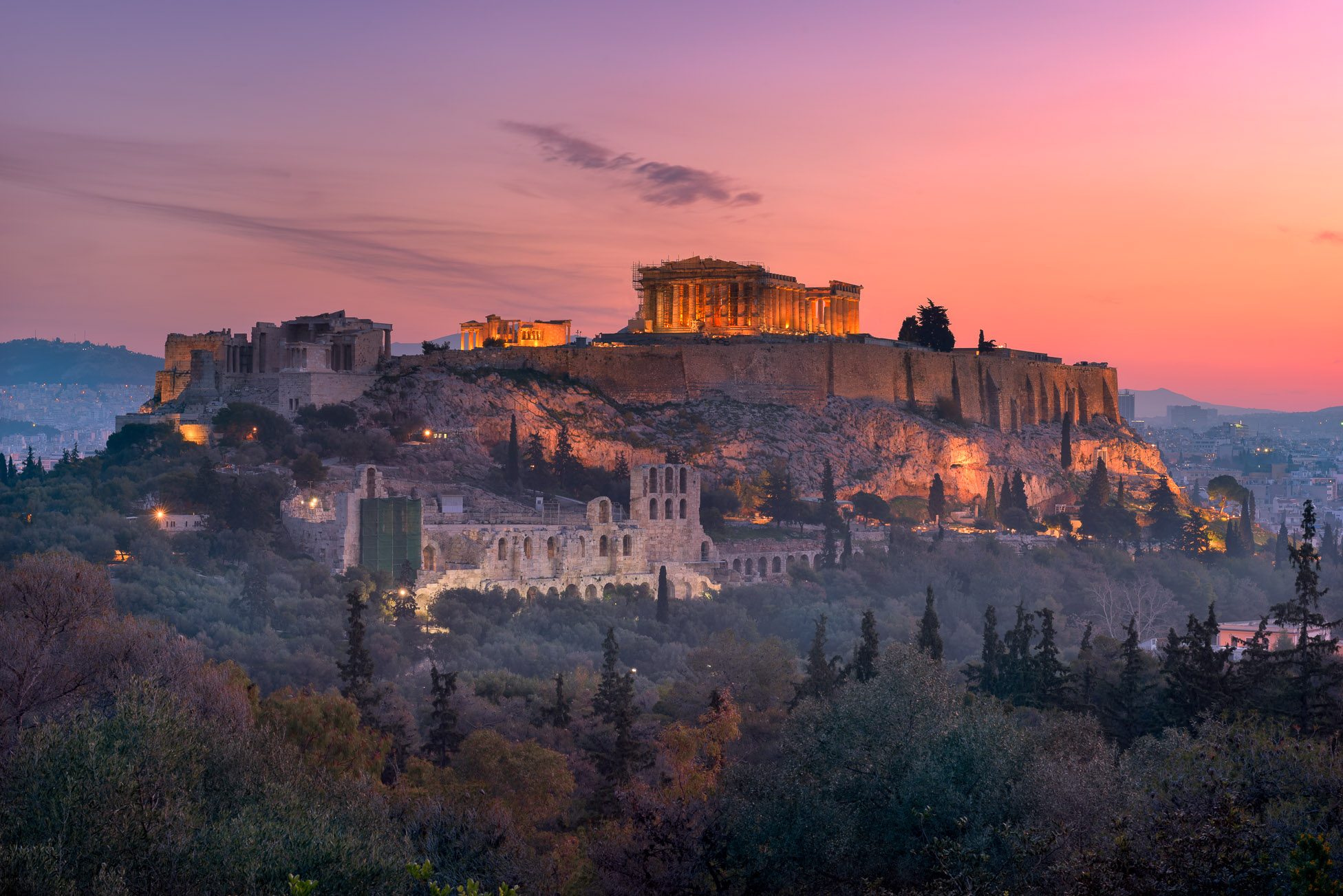 The first to visit and shoot in this grand city was the Acropolis and Parthenon. Athens is a city of stark contrasts, where the distant past seems to live alongside a very modern metropolis. I wanted to see Athens the way the ancient Greeks would have seen it; I wanted to approach the Parthenon, that beautiful temple to their patron, Athena, with the same sense of wonder and pride they must have felt.

I found what I think must be the best view of the Acropolis at the top of Philopappos Hill. The hill is in the center of Athens, but from here, the modern city of cars and busloads of tourists somehow manages to disappear. I walked among olive trees in the footsteps of Socrates, Plato and Aristotle and at the top of the hill, I was rewarded with a breathtaking view of the Acropolis at dawn. Seeing the Acropolis from this vantage point, with modernity temporarily suspended, I think I felt something of what the ancients must have felt here…