Pahtodawgyi Pagoda in the Evening, Mingun

I returned to the Pahtodawgyi Pagoda later in the day, after most of the ferries had left for Mandalay. It was a hot day, and the tourists largely stayed away from the most popular sites in the heat of the afternoon. With the exception of a few backpackers, I had the enormous ruin to myself. 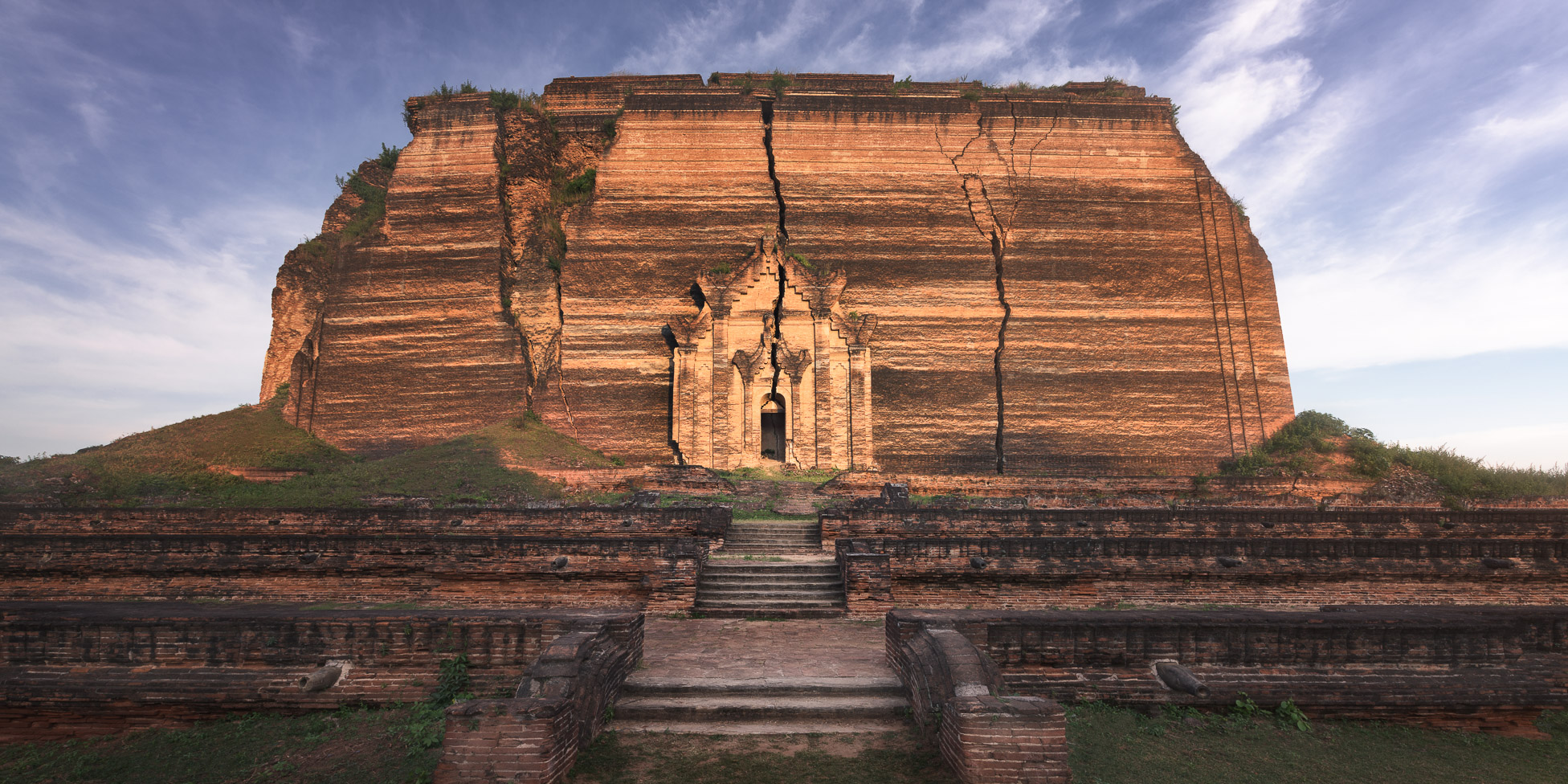 The expansive ruin lords over the Irrawaddy River and even in decay, it’s an impressive sight. Construction of the massive stupa began in 1789 under King Bodawpaya. According to legend, Bodawpaya, a powerful king who often raided neighboring areas, came into possession of important Buddhist relics, including a tooth of the Buddha, an extraordinarily rare find. To house his precious treasure, Bodawpaya arranged for the construction of a stupa that would reach 152 meters high, the largest in Myanmar, if not the world.

Bodawpaya became consumed with the grand project, leaving his son to manage affairs of state. While his son oversaw the government, Bodawpaya built a residence for himself on an island in the river where he could oversee every element of the temple’s construction.

But after only seven years, construction of the massive temple was halted, and the reasons are now lost to history. It could simply be a matter of practicalities — builders may have found it impossible to build the temple to the desired height with the tools of the time. There was also a prophecy at the time that when the temple was completed, the kingdom would come to an end. King Bodawpaya died in 1819, his enormous stupa unfinished, and none of his successors resumed work on the project.

Since that time, earthquakes have caused considerable damage to the temple. One, in 1838, caused the heads of the massive stone lions guarding the entrance to break off and roll into the river. It also caused deep cracks in the temple’s façade, as if it had been cleaved by the hand of an angry god. Somehow, the unfinished state of the temple along with the great cracks made it all the more remarkable and all the more evocative. A king attempted to build the largest temple in the world; in failing, he left a broken monument to hubris and ambition.