A short drive from Mandalay is the city of Mingun, essentially a large village on the banks of the Irrawaddy River. Like all of Myanmar, Mingun has an abundance of temples, pagodas, and stupas of every kind, but it is perhaps most well-known for one that was never finished: the enormous Pahtodawgyi Pagaoda. When it was begun in 1790, it was intended to be the largest stupa in the world. But only the bottom third was ever completed, and over the years, nature has taken a toll on the great, brooding ruin along the river. 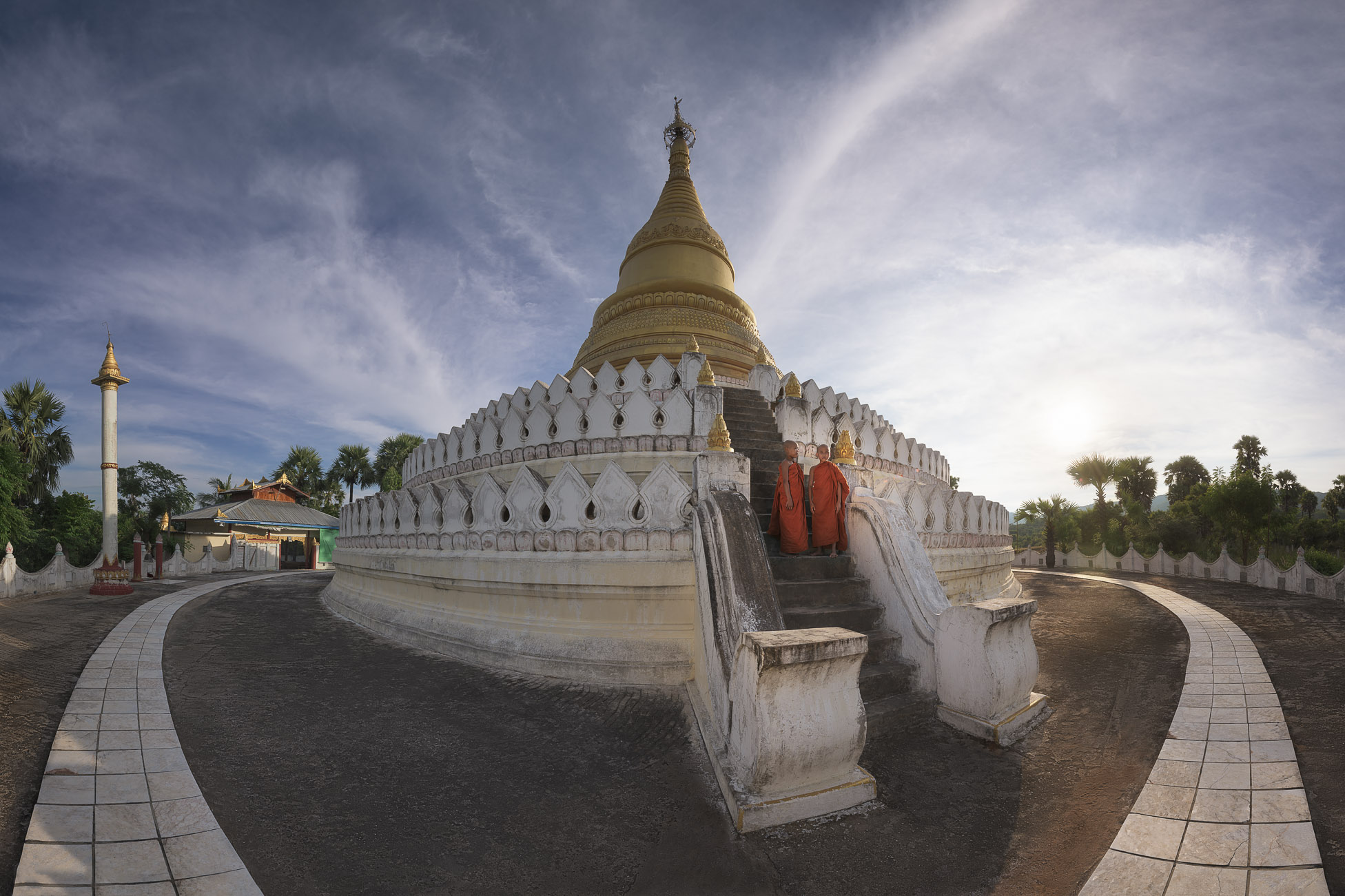 Even unfinished, the massive stupa is one of the area’s biggest attractions, with tourists taking day trips from Mandalay to climb its rickety steps for the incredible view at the top. But I saw the crowds of tourists there and decided to make my way elsewhere. There was no shortage of beautiful pagodas and temples in Mingun, and I wanted to find one that the tourists didn’t know about.

Eventually I found a small pagoda, far less elaborate and imposing than many of the others, but no less beautiful. Two novice monks, probably no older than ten, seemed to be deep in thought. They were only young boys, and already they had dedicated themselves to a life of prayer and meditation. I could scarcely sit still at their age; I couldn’t imagine the kind of discipline and dedication it took to embark on a life of the spirit at such a young age.

I wandered around the pagoda and its grounds for some time and the boys never seemed to notice me. Occasionally they spoke to one another, but they remained mostly in their silent, contemplative state. And though it appeared that their gazes were focused on some point in the distance, I had the feeling that they were actually focused on something unseen and impalpable, and beyond the ability of most adults to understand.