Fisherman Bastion in the Morning, Budapest

It didn’t take long for me to become thoroughly charmed by Budapest. It’s a beautiful city, and it seemed that every time I turned a corner, I found another stunning architectural work. It was tempting, at times, to simply find a bench, sit, and spend hours out of the day admiring some of Budapest’s grandest structures. 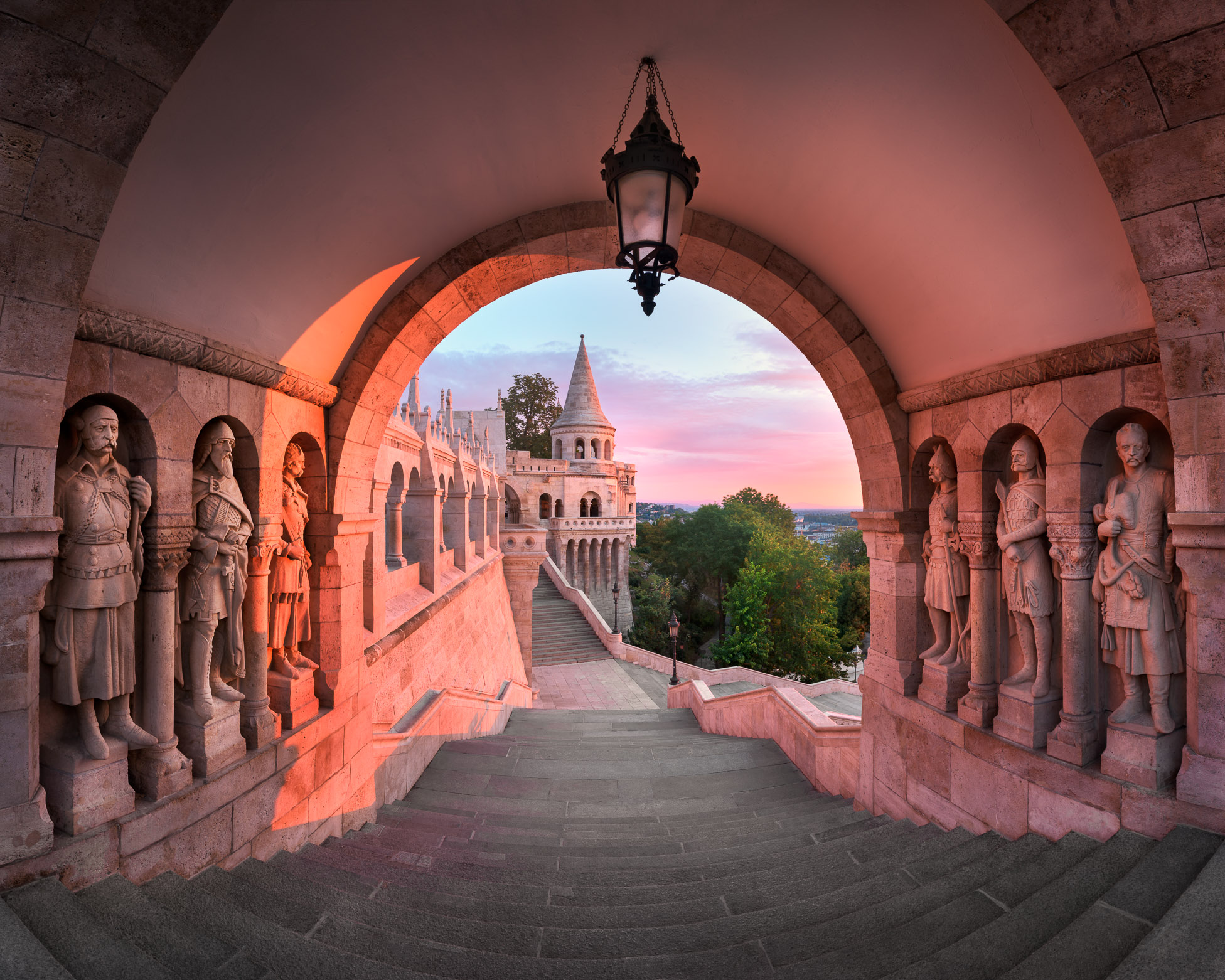 But I knew that as taken as I was with Parliament and St. Stephen’s Basilica, there were other sights waiting for me in the city. After a few days of exploring, I decided to photograph Saint Matthias Church, another of Budapest’s most striking churches. It was my birthday, and I wanted to spend the day in and around the church, hopefully getting some great shots.

To get a good view of Saint Matthias, I walked up to the Fisherman’s Bastion, a large terrace built as a viewing platform between 1899 and 1905. As I discovered, calling the Bastion a “terrace” is a bit misleading; it doesn’t give an adequate sense of the scale and grandeur of it. The Bastion has seven turrets, a parapet, and a monumental double staircase; it’s the kind of place you’d expect to find in a children’s fairytale. Calling the Bastion a “terrace” is the equivalent of calling the Louvre a “gallery.”

I became so consumed with exploring the Fisherman’s Bastion that I decided to save Saint Matthias for later. It was early morning, and the white stone of the Bastion glowed pink in the breaking light. It was one of those spectacular sunrises that you catch every now and then, and the light made the detailed stonework of the Bastion even more special.

I didn’t get to Saint Matthias that day. I spent the day among the seven turrets of the Bastion in perfect sunlight, on a day that felt like a gift from the universe.