On my second day in Budapest, I visited the other of the city’s two unmissable structures, St. Stephen’s Basilica. Though the buildings serve very different purposes — one celebrates sovereignty and the other faith — they have one thing in common: they are the same height. Current city regulations prohibit construction of anything taller. 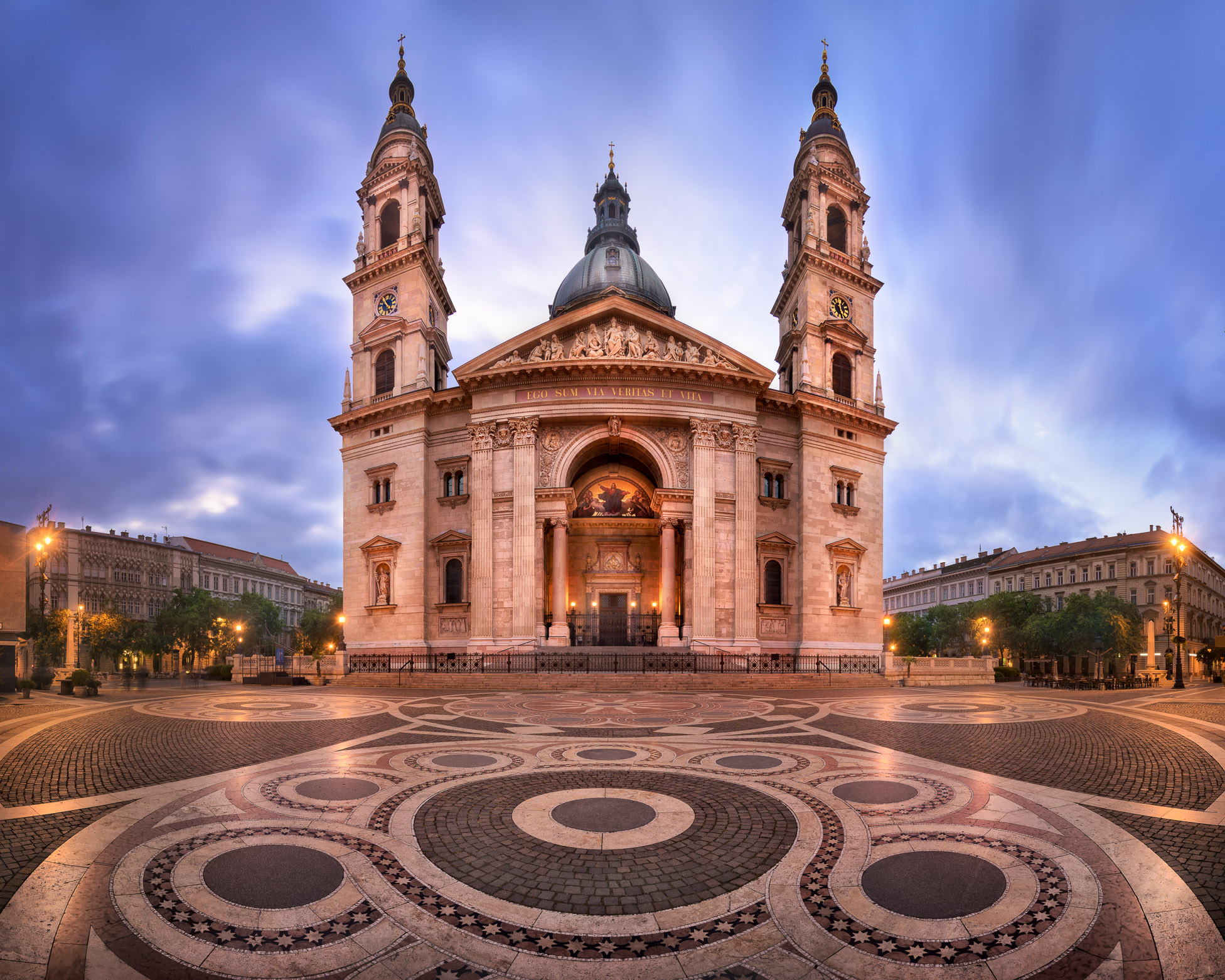 Ecclesiastical buildings are almost always breathtaking, and this one is no exception. A large, intricate mosaic marks the entry to the basilica (it’s so beautiful that I decided to make it the focus of the shot), and the building’s interior is magisterial. The monumental size of the basilica is really only apparent from the inside, where various marbles and precious stones shimmer in candlelight. The massive structure is one of the most photographed buildings in Europe.

Remarkable buildings often have remarkable stories, and the basilica has its own tale of tenacity and vision. Built on the site where wild animals once fought each other for public entertainment, the original church was a refuge for many residents during a devastating flood in 1838. In their gratitude, the survivors vowed to build a larger church in its place.

In 1845, architect Jozsef Hild began plans for a massive domed church, but there were numerous delays — not the least of which was a revolution — which meant that the foundation was not laid until 1851. Hild died before completing the basilica, and his successor, Miklos Ybl, faced an even bigger challenge. It was already apparent that Hild’s design would have to be reworked when, in 1868, the huge pillars that supported the dome began to sink. The walls of the grand church broke apart and the newly constructed dome collapsed to the ground. It was such a catastrophic failure that the only solution was to completely rebuild the basilica from the ground.

The basilica was finally completed — by a third architect following the death of Ybl — in 1906. It was said that at the consecration mass, Emperor Francis Joseph kept looking upward, wary of another collapse of the dome. The dome did not collapse, however, and today offers one of the best views of this beautiful city.

It’s easy to be awed by a structure like St. Stephen’s simply for its incredible beauty. But as I positioned my camera and waited for just the right amount of early morning light, I was also awed by determination and vision that went into its construction. I was reminded once again that buildings are nothing if not a reflection of the human spirit.