Namibia left me awestruck on a daily basis. Each day that I was in the country, I encountered landscapes and scenery unlike anything I’d seen anywhere else in the world. 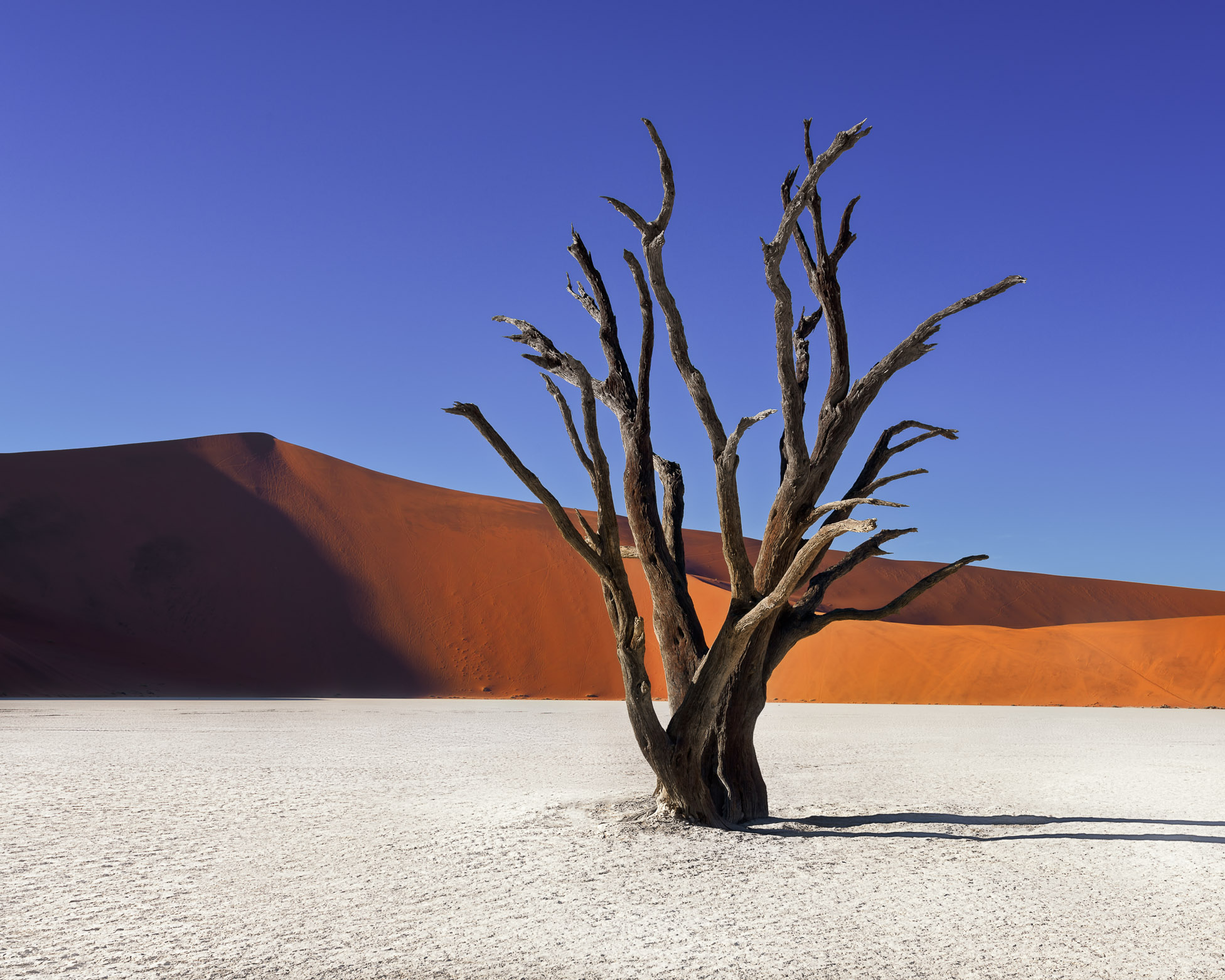 Kolmanskop gave me an idea of what the world would look like if humanity vanished, and the Quiver Trees made me feel that I’d stepped into a landscape conjured in a child’s imagination.
I thought I’d seen the most otherworldly of Namibia’s landscapes, but I was unprepared for the Deadvlei Trees. A place like this reminds you that we are all powerless against nature. It also gives you some perspective of just how insignificant humans are in the grand passage of time.

Deadvlei was once under water. It’s believed that roughly one thousand years ago, the Tsauchab River flooded, creating shallow pools with a clay pan underneath. In the shallow lake formed by the flooding, acacia trees flourished. But approximately two hundred years later, the climate changed. The area became dry and drought-stricken, and the massive dunes cut the area off from the river.

Looking at the area now, it’s difficult to imagine that there was ever water here. Deadvlei — its name means “Dead Valley” — reveals an earth devoid of water, its clay surface baked white and crackled from centuries of heat. Oddly, the acacia trees that flourished when Deadvlei was awash with water are still here. Believed to be several hundred years old, they remain; scorched black from centuries of sunlight. The air here is too dry for them to decompose; instead, they stand like blackened monuments to the passage of time.

What I had seen so far of Namibia left me eager to see more of this eerily beautiful country.

This entry was posted in Landscape and tagged Africa, Deadvlei, Namibia, Sossusvlei.