How did I find myself with my camera near Charles Bridge in Prague? The trip to Prague came at a turning point in my life. It was the first trip I made after giving up a stable, dependable job for a career in fine art photography. It was a change that I’d dreamed of for years and though I was confident in my abilities, it was nonetheless a time of uncertainty. I arrived in Prague not merely as a first-time visitor, but as someone who was taking a great leap from one life to another. 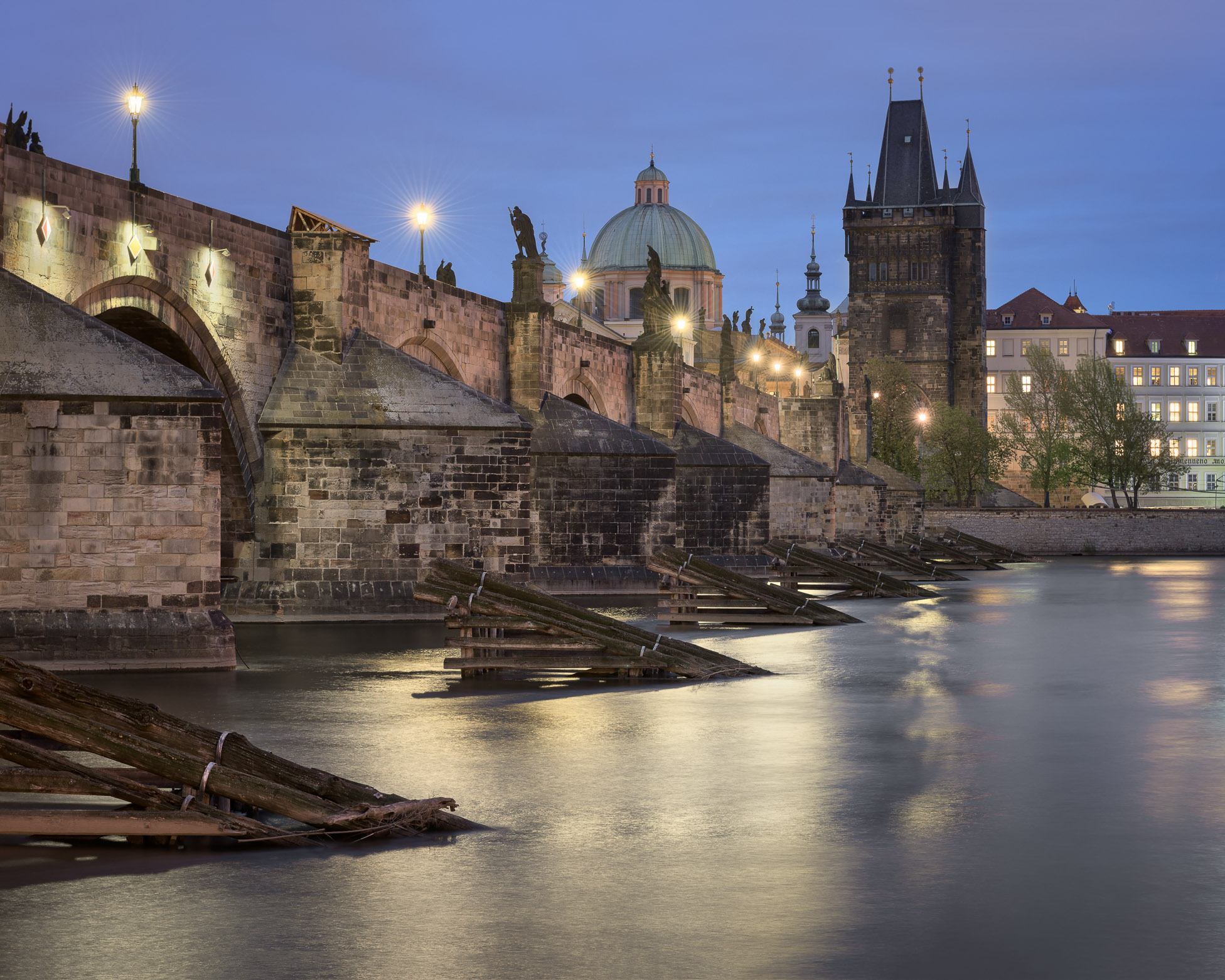 Because I made the trip to Prague at a time of both uncertainty and exhilaration in my life, my feelings about the city were stronger than they might otherwise be. The city quickly came to occupy a special place in my heart. As a travel photographer, I tend to form intense attachments to places, but Prague was different. I felt that I had leapt from the certainty of one life and landed in a place that felt strangely comforting and welcoming.

I took to walking the city’s streets at odd hours, appreciative of the relative silence. One of the most popular destinations in Europe, Prague is nearly always full of tourists, so I planned my excursions at dawn and late at night. Other than a few stragglers who’d made a full night of it, I had Prague’s streets largely to myself in the early morning hours. Beautiful at any hour, Prague is especially lovely in the blue light of early dawn.

In those first few days in Prague, I returned again and again to the Charles Bridge. So much of the city’s history and character seemed to be encapsulated in that one remarkable structure that I photographed it repeatedly, from multiple angles. It was impossible not be charmed by the bridge and its history.